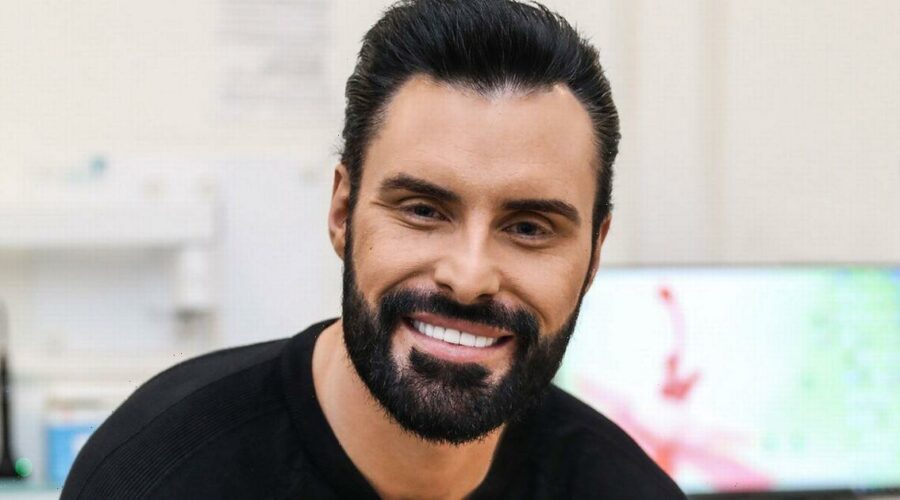 The It Takes Two host spent £25,000 on his pearly whites eight years ago before taking up TV presenting, and later went on to regret doing so.

He has since had them removed, leaving him with a swollen jaw afterwards, and has now debuted his new teeth.

In pictures of Rylan visiting a London-based dental clinic, the 33 year old beamed as he showed off his new look.

While many would argue his teeth don’t look hugely different than before, the TV presenter insists that they’re smaller now.

Speaking to Lorraine Kelly in November, Rylan quipped that he was undergoing some changes becausehe was going through a “midlife crisis”.

“I'm obviously going through a midlife – trying to dye my hair blonde, new teeth, so yeah,” he said.

Lorraine then admitted that while Rylan’s then-blonde locks were very obvious, the change in his teeth was much less so.

She said: “I like the new hair! I have to say I don't see much difference in the teeth.”

“They're a lot smaller, yeah. They're still there though,” Rylan replied.

Rylan had his veneers first done after he landed a big presenting gig.

“I got my veneers [teeth] finished the day before I started hosting Big Brother's Bit On The Side, my first presenting job,” he recalled toNotebook magazineback in 2017.

"My mouth was swollen from the anaesthetic, they were brilliant-white, brand new. That was the first night everyone saw them , and all people did was take the p**s out of my teeth.

"So no one realised I was a s**t presenter, and by the time they stopped talking about my teeth a few months later, I'd got better at the job."

He’s since opened up about how low he felt following the breakdown of their marriage.

Rylan told The Observer: “I’m the last person that my friends would ever believe could feel as low as I did. Superficially, on paper, I can look after myself, but actually in that moment and for months after, none of the money or the fame mattered.”

"I did not know myself at certain points. I was having thoughts and doing things that made me… f**ked up, for want of a better word,” he continued.

"I didn’t understand why I was doing that to myself. So, I went away for a bit."

Rylan went on to admit thathe was hospitalised due to “safety reasons”.

For updates on all your favourite celebs, sign up to our daily newsletter here.