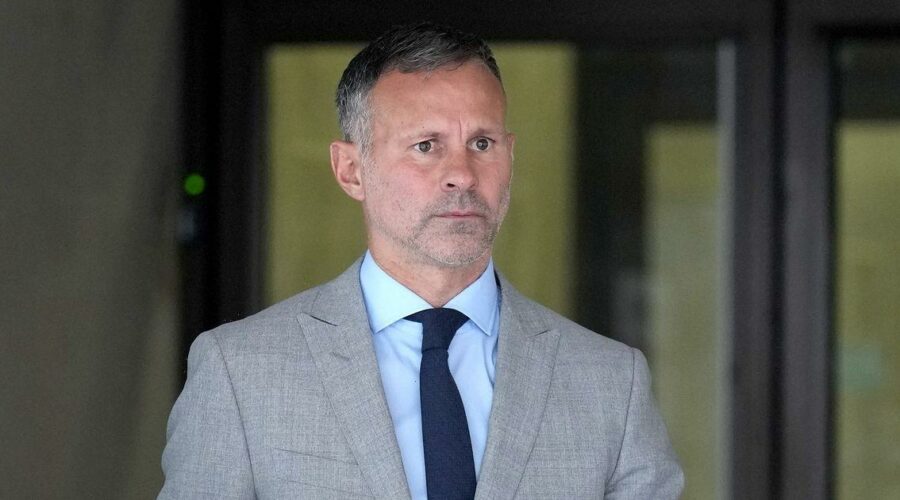 Former Manchester United footballer Ryan Giggs penned a raunchy poem to his ex girlfriend of six years, Kate Greville, in which he compared his manhood to a "totem pole".

Ryan is currently on trial accused of assaulting his ex, Kate, as well as controlling and coercive behaviour towards her. He denies all charges.

Manchester Crown court was told how Ryan, 48, sent Kate a number of messages telling her he was "infatuated" by her, and he also called her his "sunshine" and "my one and only".

The court also heard how Emma had sent Ryan a poem, a line of which read: "Everyday you do me proud, because you're well endowed", which prompted Ryan to pen his own X-rated lyrics, in which he said she makes him "as hard as a totem pole".

In another line, Ryan also said that Emma "makes me feel funny down there…when you look up and stare".

The full raunchy poem read: "My darling Kate. Unequivocally our love was fate. I fell in love with you at first sight. I remember cos I was as high as a kite those beautiful eyes made me shiver. I'm not going to lie I think of you I dream of you. Can't help thinking pulling you was my greatest ever coup.

"That stomach those abs, those pictures you send so I can keep tabs. You make me feel funny down there. Especially when you're there and you look up and stare I am beginning to think you are always right. That's ok it will keep us tight. I'm gonna end by saying you are my love, my friend, my soul. And most of all you believe in me which makes me as hard as a totem pole."

Also in the trial, Ryan denied headbutting his then-partner Kate Greville, before threatening to do the same to her younger sister Emma who was present at his home during the alleged altercation.

Ryan allegedly placed his hands on Ms Greville's shoulders and headbutted her in the lip "with lots of force" before yelling at Emma: "I'll headbutt you next."

Prosecutor Peter Wright QC asked Ryan about the prepared statement he gave to police the day after the incident, in which he said a "scuffle" broke out over Ms Greville’s phone, and that his head clashed with hers accidentally. The prosecutor said: "The reality is you headbutted her, didn’t you?"

Mr Wright said: "Because in this dispute with her, you had, by that stage, completely lost your self control." The former Wales manager told the court he "didn’t know" why he had put in his police statement: "On both occasions I was attacked."

He agreed with Mr Wright that it was "an important assertion to be making".

Ryan was also asked about the line in his statement: "The last thing I would ever want to do is harm her (Ms Greville) emotionally or physically."

Asked by Mr Wright if that was true, Ryan said: "Yes."