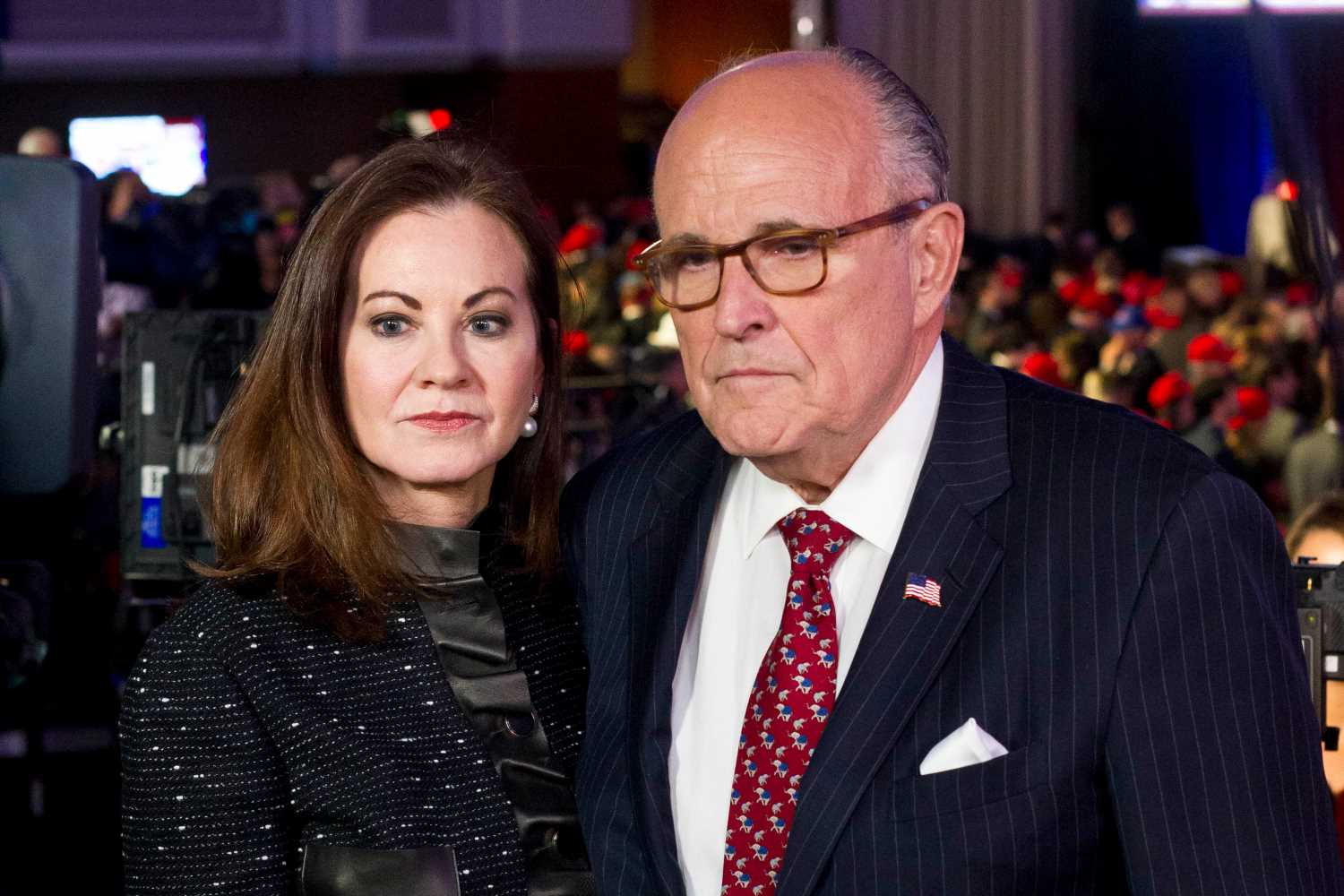 Judith Nathan is “exploring” a lawsuit against her estranged hubby Rudy Giuliani over his most recent “media attack” on her amid their fractious divorce case, her lawyer told The Post.

Attorney Bernard Clair said the legal team and Nathan “were quite surprised not only that Rudy would choose to divulge private litigation agreements, but that he would attempt to do his patented Rudy spin by claiming victory.”

Clair was referring to The Post’s exclusive story that the couple had agreed that the former New York mayor would stay in their East 66th Street apartment after she agreed to move out and live in their Hamptons home for the summer pending further work on their split.

Nathan, who has been married to Giuliani for 15 years, had earlier refused to leave the Upper East Side abode after they filed for divorce last April and demanded he give her the property.

Her decision to vacate the property is cause for celebration in the building, because she had offended staff with her curt manner — prompting more than one complaint by the workers to their union, several insiders told The Post.

Things became so toxic that the co-op board even discussed if they could force her out.

But Clair said the claims about Nathan being curt with the staff were “absurd.”

“We would invite anybody to find a person either resident or staff member who would speak negatively about Judith’s interactions,” Clair said.

“I find it more than a bit interesting that the comments about her interactions with the staff in the building come from ‘an insider’ and I ask who could that insider be?” he added.

“What normal person would rather live full-time in Manhattan versus the Hamptons during a New York summer?” Clair asked rhetorically.

“Judith has been a lady throughout this litigation and stayed far away from the media. She was more than willing to let slide the defamatory remarks made by her husband regarding her supposed extortion and campaign of hate,” Clair said.

“But now with this renewed Rudy media attack, she is seriously exploring her legal options to sue for defamation and obtain appropriate monetary damages.”

Giuliani did not immediately respond to a request for comment Thursday. His lawyer declined to comment through a secretary.