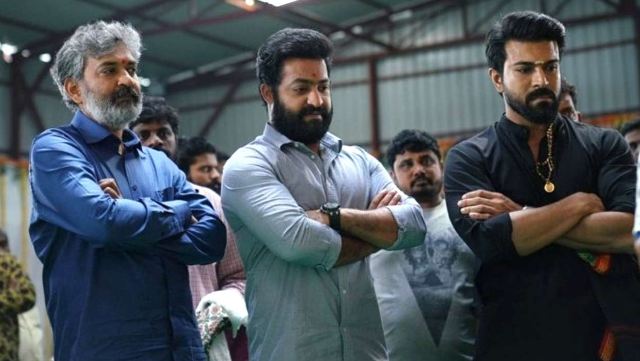 After delivering successful movie Baahubali 2: The Conclusion, SS Rajamouli made official announcement regarding his next upcoming movie RRR which defines-Rajamouli, Rama Rao and Ram Charan. The film has been garnering a lot of attention ever since it went on floors. Recently the makers halted the shoot after both the lead actors – Ram Charan and Jr NTR injured themselves. Finally the shoot of next schedule has been started from today. It is heard that Jr NTR has joined the sets but Ram Charan will join the sets from the month June. It means the shoot of RRR is going on without Ram Charan.

The sources say that after a month break, the shoot of RRR started today in Aluminum factory, Hyderabad and currently the makers are canning a high voltage action sequences in which Jr NTR are participating. The schedule will continue for two weeks.

Ram Charan is currently on a break and will join the shoot during the next schedule which will be started in Ahmedabad in the month of June. Alia Bhatt is on the board to play the female lead and she will make her screen presence as Sita and will romance with Ram Charan. Currently the hunt for another female lead is on.

Ram Charan and Jr NTR are playing the roles of freedom fighters Alluri Seetharama Raju and Komaram Bheem respectively. The movie will hit the theaters in Indian languages on 30th July 2020.