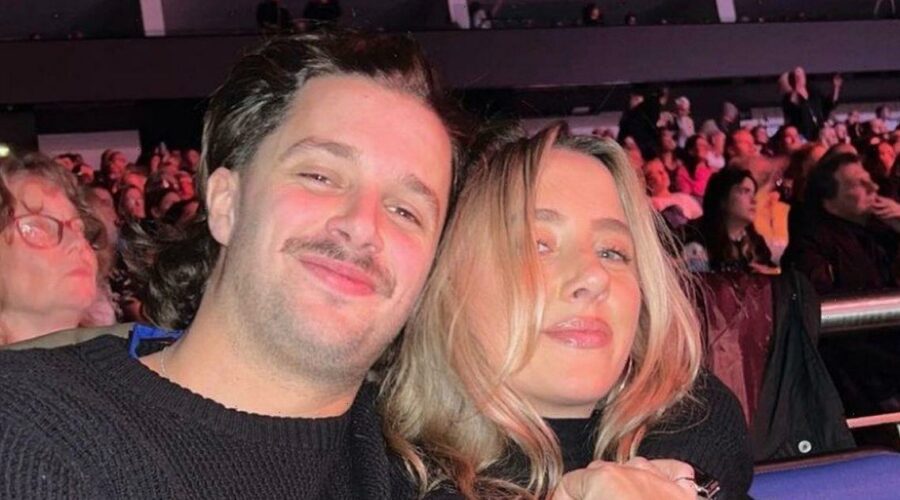 Rod Stewart's son Liam has announced he's set to become a father as his partner Nicole Ann is pregnant with their first child.

The 28 year old, whose mother is Rachel Hunter, shared the exciting news on Instagram for his 18,300 followers as he posted a black and white clip of himself with Nicole as they went through the stages of getting the ultrasound photos to finding out the gender of their child.

The clip starts with Liam sitting on the edge of a bed as he holds up the photos of his unborn child before it then switches to Nicole gentle caressing her blossoming baby bump.

They couple are then seen with their arms wrapped around one another as Liam plants a kiss on her cheek, while another frame sees them posing together for photos as Father John Misty's Real Love Baby plays in the background.

At one point, still in black and white, Liam is seen with a popper in his hand, which he pulls to reveal a flurry of confetti. Viewers can't see the colour, but it appears to please the pair as they launch into each other's arms in delight.

"Mom + Dad | Baby Boy joins us in May," Liam and Nicole captioned the clip.

Many of Liam's family members were quick to comment and offer their congratulations as his mum Rachel shared: "Love you guys so exciteeddd the best Mum and Dad ever!!! I can't wait! Finally I get to tell everyone. Didn't have my glasses on and put up the wrong heart!!" followed by a series of red love heart emojis.

Rod's wife Penny Lancaster also shared her excitement with a sweet message, writing: "Beautiful, I can't help watching it over and over again."

Liam's half-sister Ruby wrote: "(Ugly crying) love you guys so happy for you two," followed by a red heart emoji.

Half-sister Kimberly shared: "The best. Love you both," with a red heart emoji.

Rod is already a grandparent to his daughter Kimberly's daughter Delilah, who she welcomed with actor Benicio del Toro in 2011.

But Liam isn't the only child of Rod's who is currently pregnant as Ruby is also expecting her first child.

The legendary singer, 77, shared the exciting news to his 1.2million followers on Instagram in a clip originally posted by mum-to-be Ruby, 35, of the baby’s gender reveal party.

In the heart-warming video, Rod opens up a piece of paper before exclaiming, "It’s a boy!" and singing "Another winkle in the Stewart family" – a reference to his beloved Celtic FC. Sir Rod is a dad to eight children with five different women. He has sons Alaistair and Aidan with wife Penny, while he had Liam and Renee with his second wife Rachel Hunter.

He is also dad to Kimberly and Sean from his first marriage to actress Alana Stewart.

Rod has daughter Ruby from his relationship with Kelly Emberg and his firstborn child Sarah was actually raised by her adoptive parents Gerald and Evelyn Thubron.