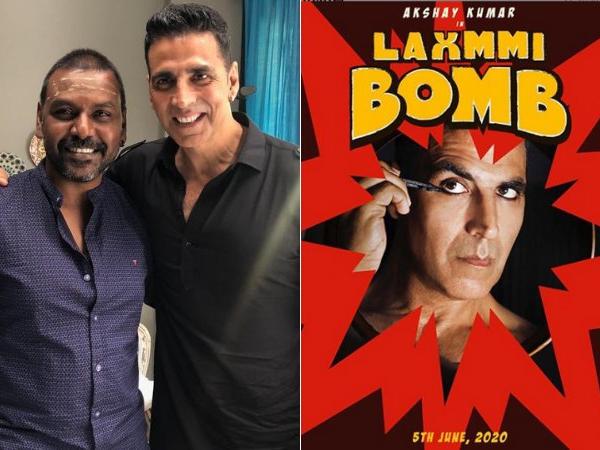 In the month of May, Raghava Lawrence was disappointed as the makers unveiled the first look poster of his upcoming directorial venture Laxmmi Bomb without his knowledge. After fans requests, Akshay Kumar intervened to sort out the differences. And now once again Raghav Lawrence has joined the sets of Laxmmi Bomb, the remake of Kanchana.

In ‘Laxmmi Bomb’, Akshay Kumar is playing the role of a person, who will be possessed by a ghost of a transgender. Kiara Advani has been signed the film and she will play the female lead.

Earlier it was heard that after Raghava Lawrence’s departure, Laxmmi Bomb’ producers, Shabina Khan and Tusshar Kapoor, were scouting for a replacement. But finally once again Lawrence is on the board. The movie is slated to hit the theaters in June 2020.