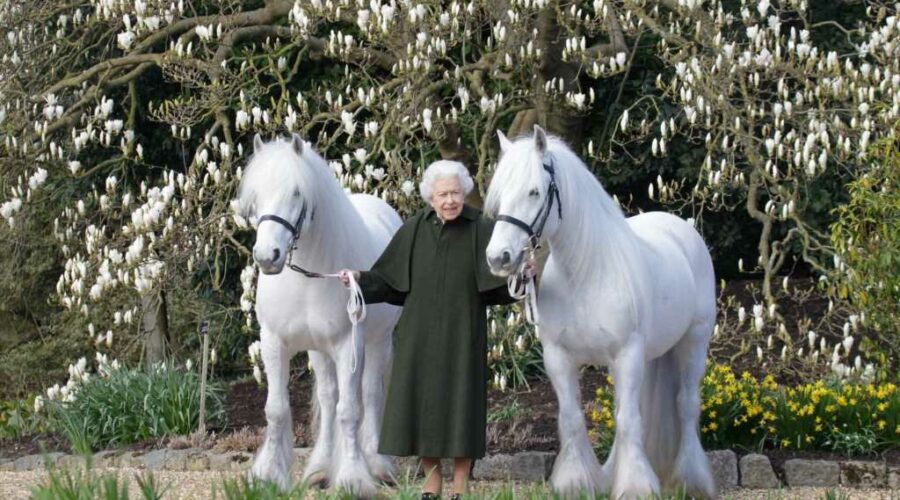 Queen Elizabeth II is celebrating her 96th birthday by honoring her late husband, Prince Philip, and her lifelong love of horses.

The Royal Windsor Horse Show released a new birthday portrait of the monarch, captured by renowned landscape photographer Henry Dallal, who has previously photographed the queen and her horses.

The portrait shows Her Majesty standing in between two of her fell ponies, Bybeck Katie and Bybeck Nightingale, on the grounds of Windsor Castle. She holds the reins of her ponies while dressed in a deep moss green coat.

The color seems to be a subtle nod to Prince Philip, the Duke of Edinburgh, who passed away last year at 99 years old. “Edinburgh green,” as it has been dubbed, is closely associated to her late husband, who was known to use the shade for his livery as well as in other official capacities.

Queen Elizabeth wore the color during Prince Philip’s memorial service this past March, as well as other members of the royal family including Princess Anne and Camilla, Duchess of Cornwall. 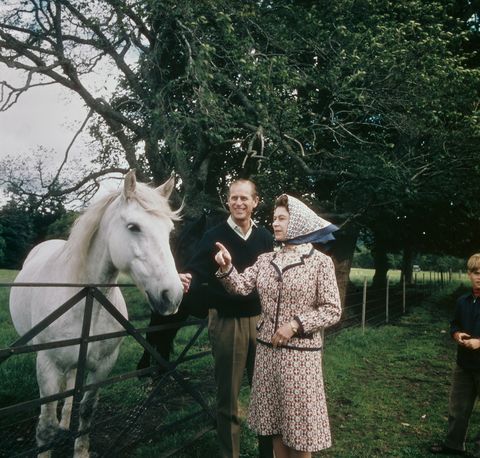 The monarch, whose passion for equestrianism has been well-documented throughout her reign, has been spotted on multiple occasions riding horses even well into her 90s.

She once reportedly said of her favorite sport, per an ITV documentary, “I’m rather a fair-weather rider now. I don’t like getting cold and wet.”

Duchess Camilla had also reportedly “marveled to see her mother-in law’s stamina as there is no one who could be riding a horse at the age of 90, and it was something she found was incredible about her mother-in law.”