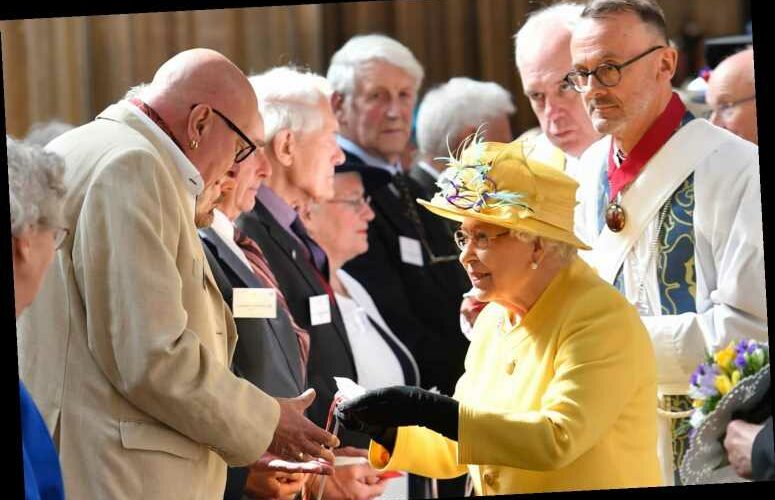 Queen Elizabeth is carrying on a pre-Easter tradition — despite some changes due to the coronavirus pandemic.

As she always does the Thursday ahead of Easter, the 94-year-old monarch distributed the specially-minted coins known as Maundy money to recognize people over 70 years old for their service to their communities.

Although the Queen typically hands out the gift in person at different churches around the U.K. each year, the gathering was called off for the second year in a row due to restricted social gatherings amid the COVID-19 pandemic. Instead, the monarch sent the Maundy gift along with a letter to each of the 190 recipients, one man and one woman for each of the Queen's 95 years (she will celebrate the milestone birthday later this month). "Each year, at the Royal Maundy Service, we have an opportunity to recognise, and give thanks for, work done by countless people for the wellbeing of their neighbours; work that has often been taken for granted or hidden," the Queen said in her letter.

"I am sure you will be sad, as I am, that present circumstances make it impossible for that Service to take place," she added. "I hope however that this Maundy Gift will remind you for years to come that your efforts have been truly appreciated." Get the premiere issue of PEOPLE Royals for glamorous new photos and inside stories royals fans haven't seen or read elsewhere! Subscribe at peopleroyals.com/launch

This year's coins have been newly minted to commemorate the Queen's 95th birthday and the 50th anniversary of Decimal Day. The Maundy money is given in two small leather purses, one red and one white.

"It seems to have been the custom as early as the thirteenth century for members of the royal family to take part in Maundy ceremonies, to distribute money and gifts, and to recall Christ's simple act of humility by washing the feet of the poor," according to the Royal Mint. Among the recipients are Malcolm Cloutt, a World War II veteran pilot who served in Europe and Burma and turned 100 last year. During his lifetime, he has given out 1,000 Bibles, listing each recipient by name and praying for them regularly. Can't get enough of PEOPLE's Royals coverage? Sign up for our free Royals newsletter to get the latest updates on Kate Middleton, Meghan Markle and more!

Agnes Slocombe, who came to the U.K. from Barbados as a young woman, has served as a local councillor for over 30 years to help residents in her community. She was also the first black mayor of Barnet.

"It's wonderful to receive such an honour from The Queen," Slocombe said. "Even though we are not able to have the Service this year, it's appreciated as it shows we are still thought of. I have a duty to serve the community and anyone who needs my help, even though I am no longer a councillor, and being thought of fills me with great joy."