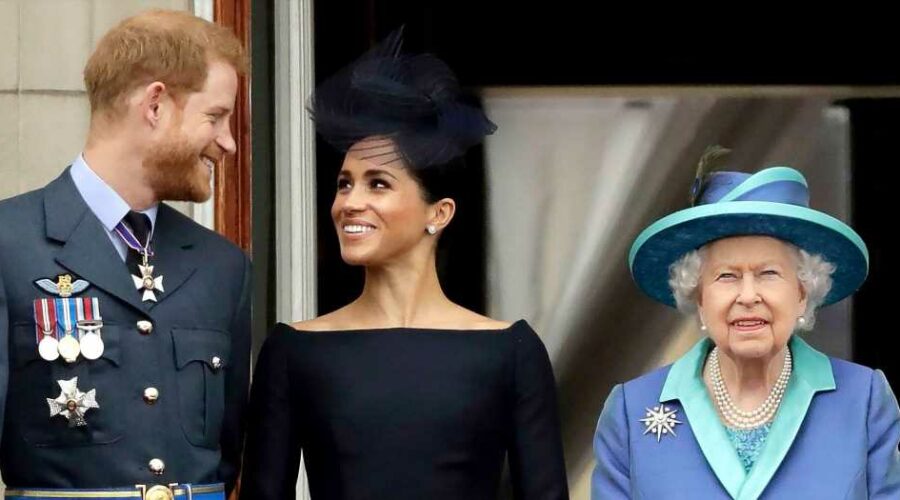 Keeping them close! Queen Elizabeth II gave fans a glimpse at her personal items in Buckingham Palace, including a rare photo of Prince Harry and Meghan Markle, while meeting with Prime Minister Boris Johnson.

Where Do Harry and Meghan Stand With the Rest of the Royal Family?

The queen, 95, had her first in-person discussion with Johnson, 57, since the coronavirus pandemic lockdowns began last year, on Wednesday, June 23. The meeting took place at Buckingham Palace in London and photos from the event revealed that Her Majesty still holds a special place for her grandson Harry, 36, and his wife, 39, in her heart and home.

The monarch’s array of family photos, which could be seen on a table behind her and the prime minister, included a never-released snap of the Duke and Duchess of Sussex from their 2017 engagement shoot. 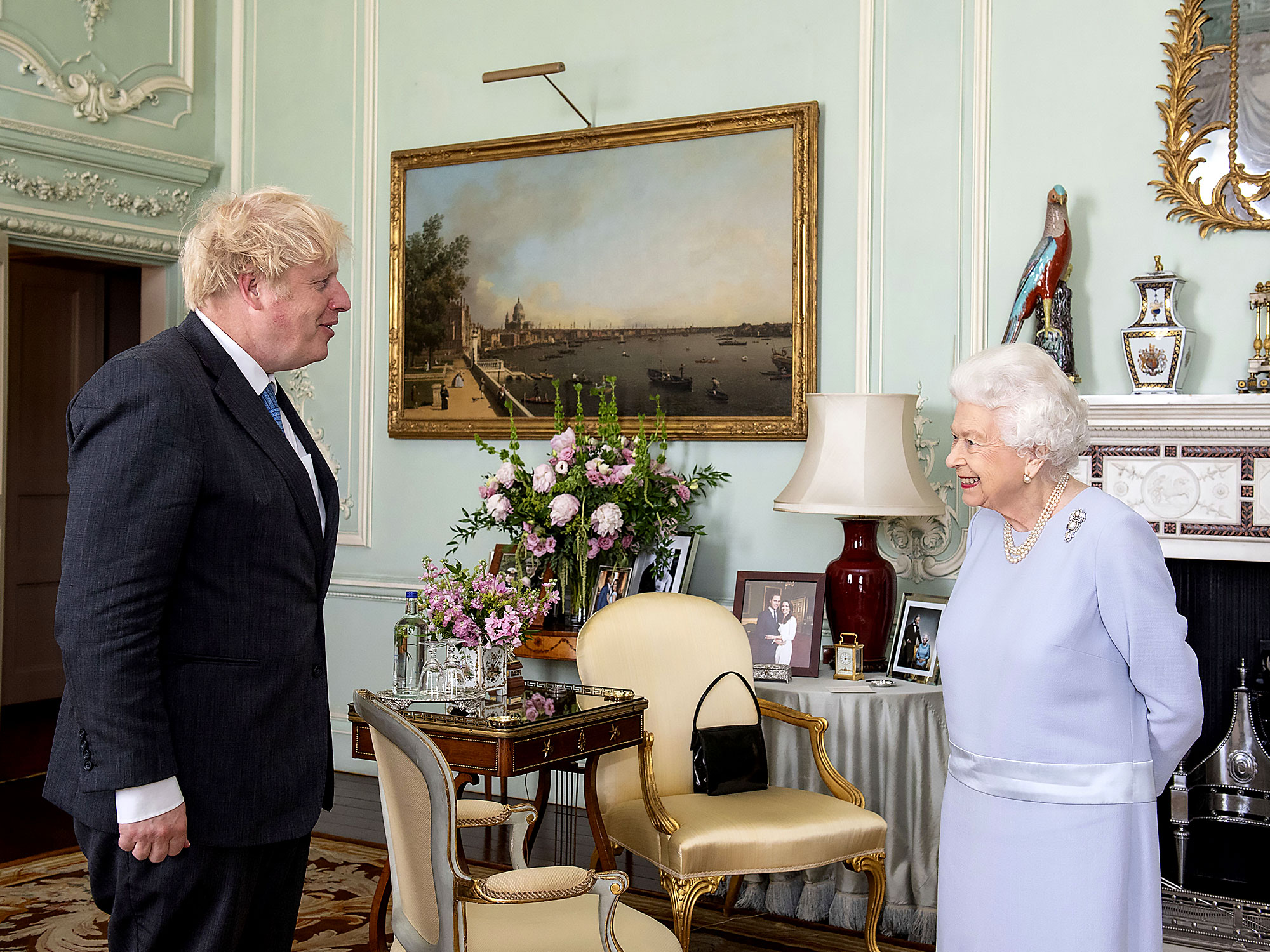 Eagle-eyed fans also noticed portraits of Prince William and Duchess Kate from their engagement in 2010 and a photo of the queen with her late husband, Prince Philip, on her 90th birthday five years ago. 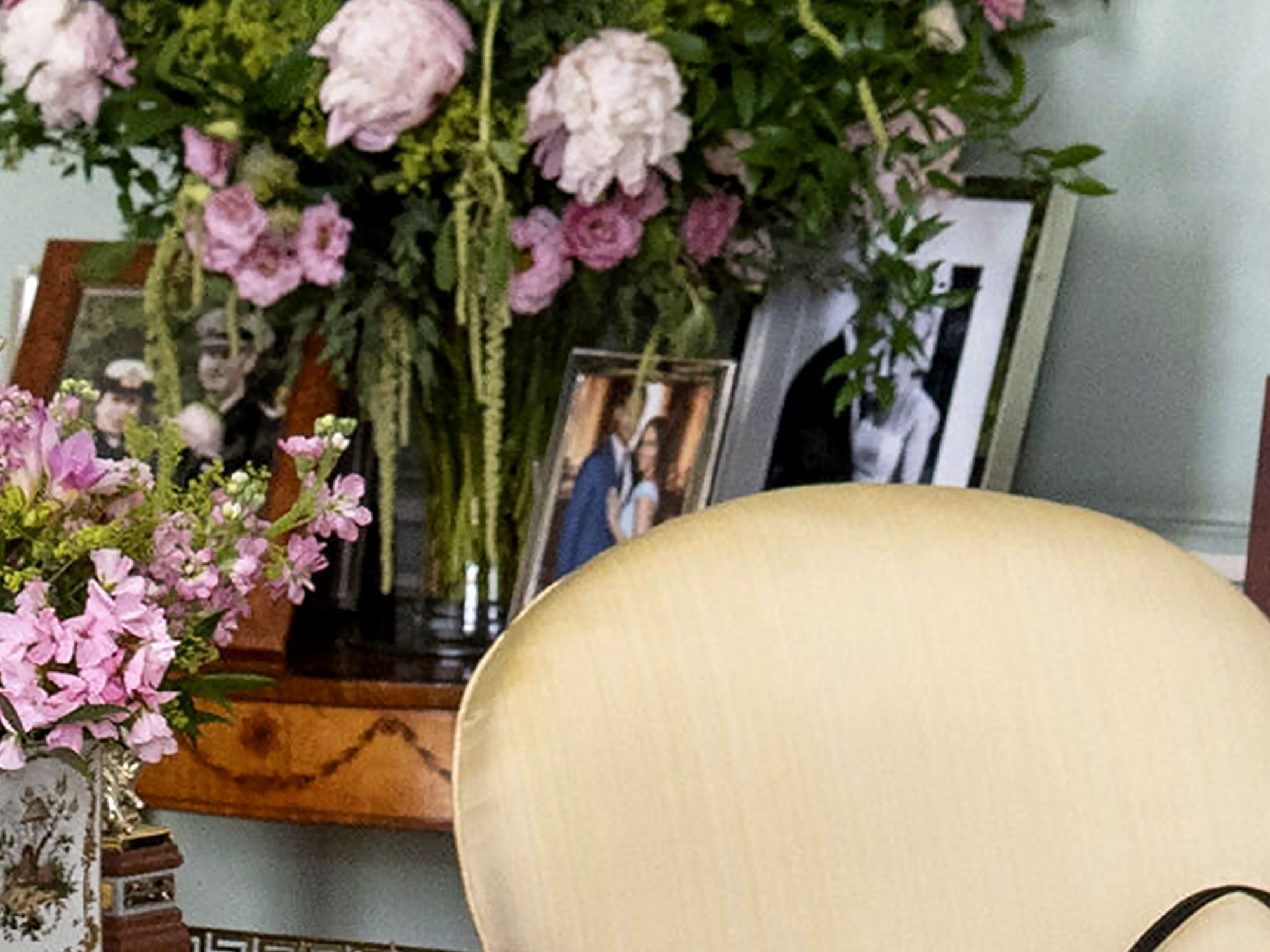 Elizabeth’s Wednesday meeting is the latest royal engagement she’s attended since resuming her regular duties following the Duke of Edinburgh’s death in April at the age of 99. In the months after her mourning period, the monarch has stepped out on multiple occasions, including for an in-person reunion with some of her family earlier this month.

The queen spent time with Prince Charles, Duchess Camilla, William, 39, and Kate, 39, on June 11 in support of the G7 leaders’ reception at the Eden Project in Cornwall, England. The family was all smiles during their first public appearance as a unit since attending Philip’s funeral in April.

While Harry was missing from the event, the former military pilot has kept in touch with his grandmother following his brief visit to the U.K. in April to pay tribute to his grandfather. At the time, he traveled solo because The Bench author was pregnant with their second child and not given clearance by doctors to make the trip.

Before welcoming his daughter, Lili, with Meghan earlier this month, a source exclusively told Us Weekly that Harry reached out Elizabeth to get her approval for the baby’s moniker. Lili’s full name, Lilibet, is a nod to the queen’s childhood nickname. Her middle name is in honor of the late Princess Diana.

“They had a shortlist with a few other options, but this was always their favorite,” the insider said earlier this month. “It was important for them that the queen signed off though and that didn’t happen until right before the birth. They both agreed it would only be right if Her Majesty gave her approval, especially with something so personal. … He and Meghan both love Lili.”

From Lilibet to Elizabeth: The Meanings Behind the Royal Family’s Names

A second source told Us that Lili’s arrival has given the couple, who stepped back from their royal duties in 2020 and relocated to the U.S., a way to stay connected with Harry’s family across the pond.

“It’s no secret that the last year Harry and Meghan have been at war with the royals,” the insider said, noting that “all is not forgiven” regarding Harry’s recent comments about life as a royal, but the pair are “trying their utmost to maintain a good relationship with the queen in order to keep the peace.”