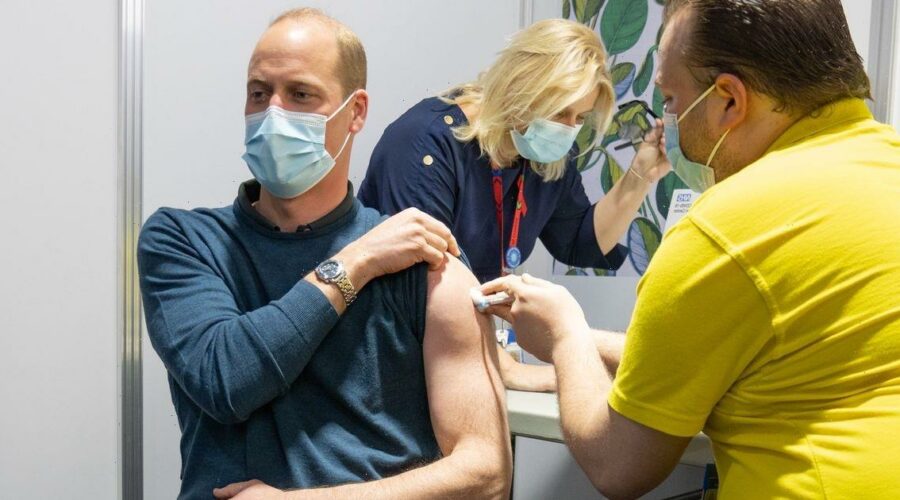 Prince William has left royal fans swooning over his surprisingly muscular frame after rolling up his sleeves for his Covid-19 vaccination.

The Duke of Cambridge posted a snap of himself receiving his first dose of the jab at the science Museum on Tuesday, where he wrote: “On Tuesday I received my first dose of the COVID-19 vaccine. To all those working on the vaccine rollout – thank you for everything you’ve done and continue to do.”

But it wasn't his health onlookers were celebrating, but the "royal gun show" he was putting on. Social media fans went wild for the Prince's bulging biceps, with many labelling wife Kate Middleton "a very luck woman."

One fan wrote: “I bet as soon as he heard there would be a vaccine (plus vaccine photo) he was like ‘Catherine, we are doing NOTHING but working on these upper arms – certain Canadian politicians will not out-muscle me’.”

Another cheekily commented: “Congratulations Your Buffness… I mean, Your Highness.”

Whilst another added: “Thanks for the gun show Wills [Flexed biceps emoji] I'm very impressed”.

Whilst one fan called The Duchess of Cambridge a “very lucky woman”.

Prince William – who was struck down with Covid in April 2020 – is the latest Royal to get his first dose jab, after The Queen and the late Duke of Edinburgh had theirs earlier this year and Prince Charles and Camilla received theirs in February.

William has has a tough few months after the loss of his grandfather Prince Philip and the ongoing strain on his relationship with brother Harry.

It was recently revealed that he was left “saddened”by brother Harry’s recent remarks about the Royal Family, particularly those about their father Charles, with a source insisting the father of four "would never comprehend" publicly commenting on his relationship with his father the way his brother has done.

“Prince William is, of course, saddened by the recent developments because of the way Prince Harry is putting such deeply personal pain into the public domain, invading all the family's privacy," the source said.

"It is fair to say that, even now, William does privately have conversations about the relationship with his father, which has been strained in the past.

"There was much hurt after his mother's death and both brothers at times found their father's commitment to his work difficult to comprehend."