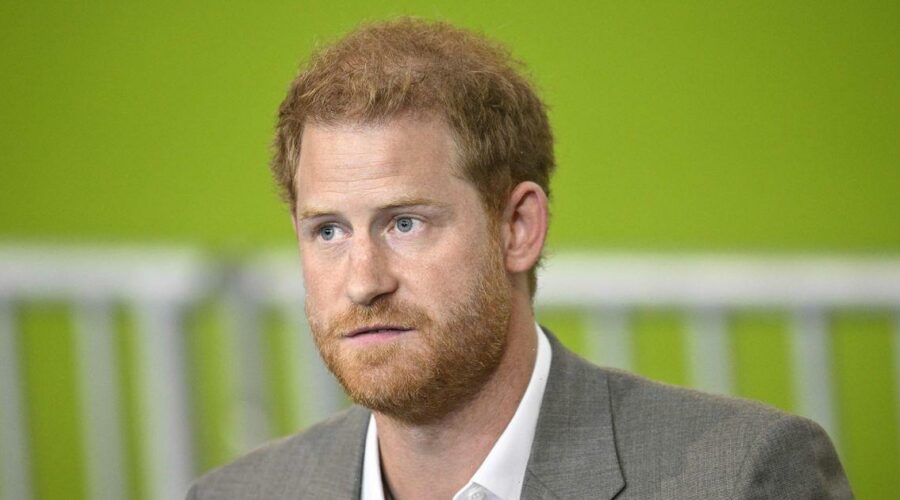 Prince Harry did not make any changes to his upcoming memoir after Queen Elizabeth II passed away in September, a royal expert has claimed.

The Duke of Sussex, 38, is set to release his highly anticipated memoir, titled Spare, in January 2023 and many reports claimed he had revised his finished manuscript after the death of his beloved grandmother on 8 September.

However, royal expert Omid Scobie, who is a close friend of Meghan Markle, has said that "no last-minute rewrites or edits" happened and that the manuscript for Spare was finished months prior to the Queen's death.

Writing in his Yahoo! column, Omid explained: "There were also no last-minute rewrites or edits after the Queen’s death.

"SPARE’s manuscript was completed almost five months before the monarch’s passing, a detail that will be acknowledged in a note at the start of the book."

Elsewhere, the expert said that Harry named his memoir 'Spare' himself and chose the "punchy" title "early on in the process".

"Of course, calling the book SPARE – a decision made by Prince Harry early on in the process – shouldn’t have come as a huge surprise. It’s a punchy choice, but for a word that has trailed the prince like a shadow, being the spare was one of the most defining aspects of his royal existence.

"Leaning on the derogatory moniker for a title is Harry finally owning the term after a lifetime of being called it," Omid wrote in his column.

Its provocative title appears to allude to Harry being the “spare” prince to his 40 year old brotherPrince William, the heir.

Details of Harry's book were recently announced, with publisher Penguin Random House saying the memoir will be the “definitive account of the experiences, adventures, losses, and life lessons that have helped shape him".

The memoir’s description reads: “With its raw, unflinching honesty, Spare is a landmark publication full of insight, revelation, self-examination, and hard-won wisdom about the eternal power of love over grief.”

Despite criticisms over the book, a source reportedly told how Harry has "no regrets" about its contents. He found it "cathartic" to open up on the "traumatic" nature of his childhood, it was said.

The source reportedly added that Harry found it hard to "recount certain traumatic events” from his early years.