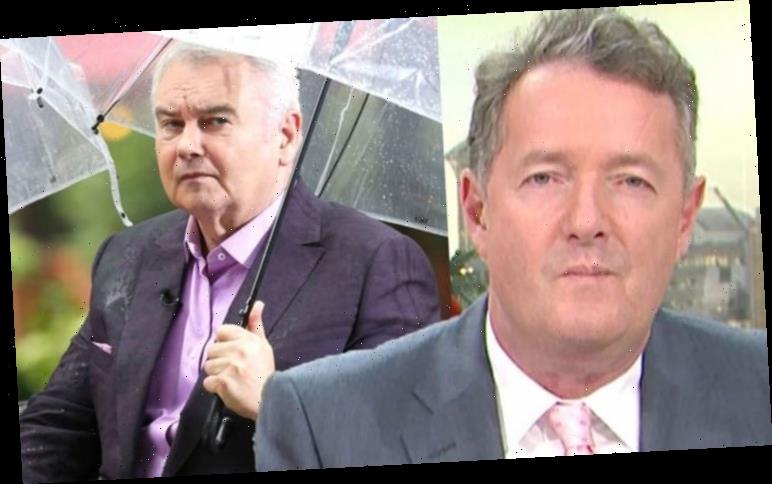 Piers Morgan has discussed his row with Eamonn Holmes, as he spoke of new year’s resolutions. The Good Morning Britain host and the This Morning braodcaster “fell out badly” during his time as a newspaper editor.

The 55-year-old said the pair are “good friends” these days, however things were difficult between them two decades ago.

It came after Piers published photos of Eamonn, 61, playing golf with the headline: “TELLY-TUBBY!”

But now things have very much changed, and the GMB star has said he wants to weigh the same as the husband of Ruth Langsford by the end of 2021. 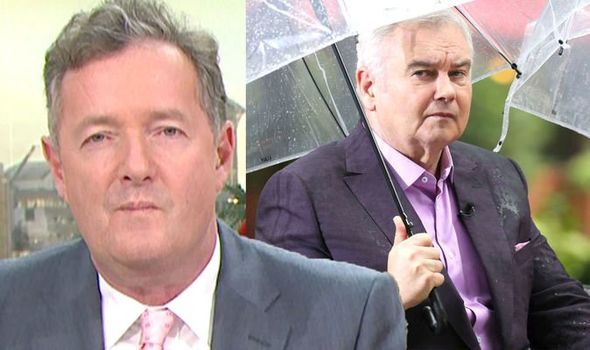 We will use your email address only for sending you newsletters. Please see our Privacy Notice for details of your data protection rights. Judy Finnigan’s son had ‘complete meltdown’ over her NTAs bra flashing

In his latest column, Piers spoke of New Year’s Day and resolutions, saying some can be “genuinely life-changing”.

At the time, he had posted an Instagram meme featuring Leonardo DiCaprio in film The Wolf Of Wall Street.

However, Piers has backtracked, after gaining a stone since starting his breakfast show and weighing in at 16 stone.

He commented: “My ITV breakfast show predecessor Eamonn Holmes and I are now good friends, but we fell out badly 20 years ago when I was editor of the Daily Mirror.

“… To his great credit, Eamonn has since dropped from 18st to 15st through juicing, fasting, walking and Pilates after making a New Year’s resolution five years ago to get slimmer and healthier.”

Eamonn claimed his bad GMTV eating habits had initially started the weight gain, which Piers has said he can “totally relate to”.

The latter continued: “My own Good Morning Britain day regime is usually porridge and honey at 5.30am, Marmite on toast at 7.30am, eggs and something when I get home at 9.15am, possibly another sandwich snack at 11am, and a hearty lunch at 12.30pm before attacking the biscuit tin in the afternoon, until my wife Celia locks it away.

“By 5pm I’m slumped on the sofa like a zombie waiting for dinner.”

Piers admitted he is now eating his words, and wants to follow in Eamonn’s footsteps.

He added to Mail On Sunday’s Event Magazine: “… And the former ‘Telly-Tubby’ has gone from being the object of my merciless fat-mockery to my fitness role model.

“So my resolution is to weigh the same as Eamonn Holmes by the end of 2021.”

It comes just days after Eamonn said he can’t look back at old pictures of himself during his days hosting GMTV, when he was three stone heavier than he is now.

“I didn’t realise how much it changed my life, your habit and how you are,” he told Daily Star. “I was three stone heavier when I was on GMTV than I am now.

Good Morning Britain continues tomorrow at 6am on ITV.