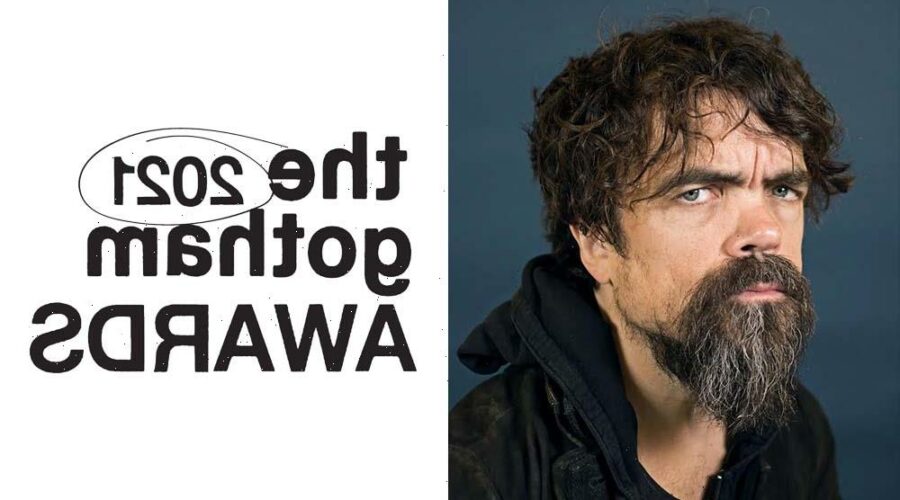 Peter Dinklage will receive a Performer Tribute and The Actors Fund will receive the Gotham Impact Salute at the 2021 Gotham Awards, which are set for Monday, November 29 at an in-person ceremony at Cipriani Wall Street in New York City.

The Gotham Film & Media Institute event marks the unofficial kickoff of the movie awards shows that will eventually culminated in the Oscars on March 27.

Dinklage, who stars in this year’s MGM musical adaptation Cyrano, will join fellow Performer Tribute honoree Kristen Stewart (Spencer) in receiving the honor. Other Tribute recipients are Jane Campion (The Power of the Dog) getting the Directors Tribute, Netflix’s The Harder They Fall cast getting the Ensemble Tribute, distributor Magnolia Pictures’ Eamonn Bowles the Industry Tribute, and the late filmmaker/activist Kathleen Collins the inaugural Gotham Icon Award.

The Actors Fund, the services organization for performers and industry professionals, is being honored for its work providing leadership, resources and financial support during the Covid pandemic lockdown, in which must of the New York industry was shuttered.

Since March 2020, the Actors Fund has provided more than $23.9 million in direct financial assistance to more than 17,100 people in need.

“There are few organizations in our industry that play such a pivotal role in lifting up and supporting so many performing arts and entertainment professionals by offering a wide array of essential services while addressing a variety of challenges faced by workers of all backgrounds,” said Jeffrey Sharp, executive director of the Gotham Film & Media Institute. “We are honored to recognize their incredible work supporting the many people who keep us entertained.”

Maggie Gyllenhaal’s The Lost Daughter and Rebecca Hall’s Passing, both from Netflix, swept the top nominations for this year’s Gotham Awards, which will recognize the year’s best in independent film and TV in 12 total categories.