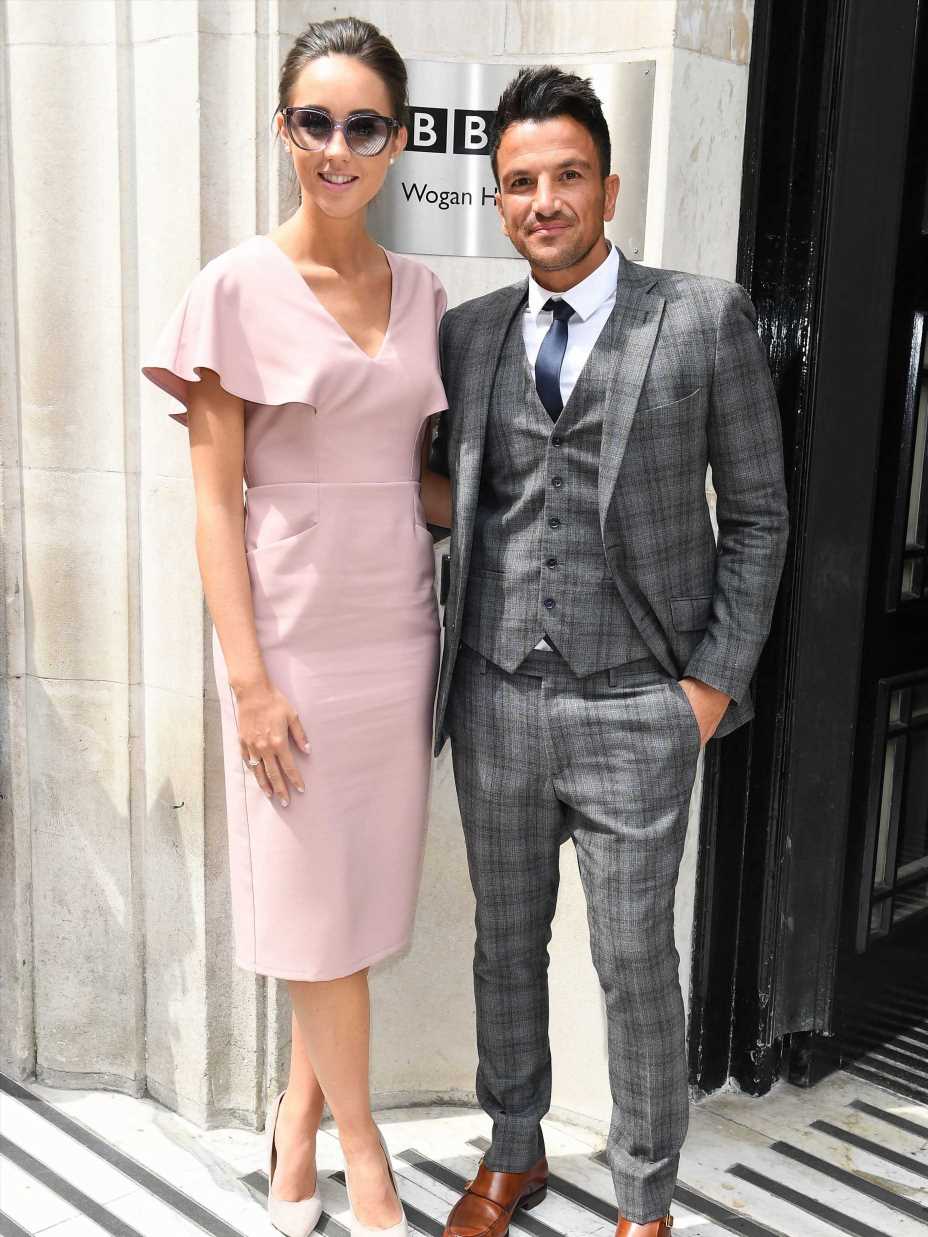 Peter Andre and his stunning wife Emily MacDonagh looked fabulous and smitten as ever as they were seen leaving Buckingham Palace on Thursday. 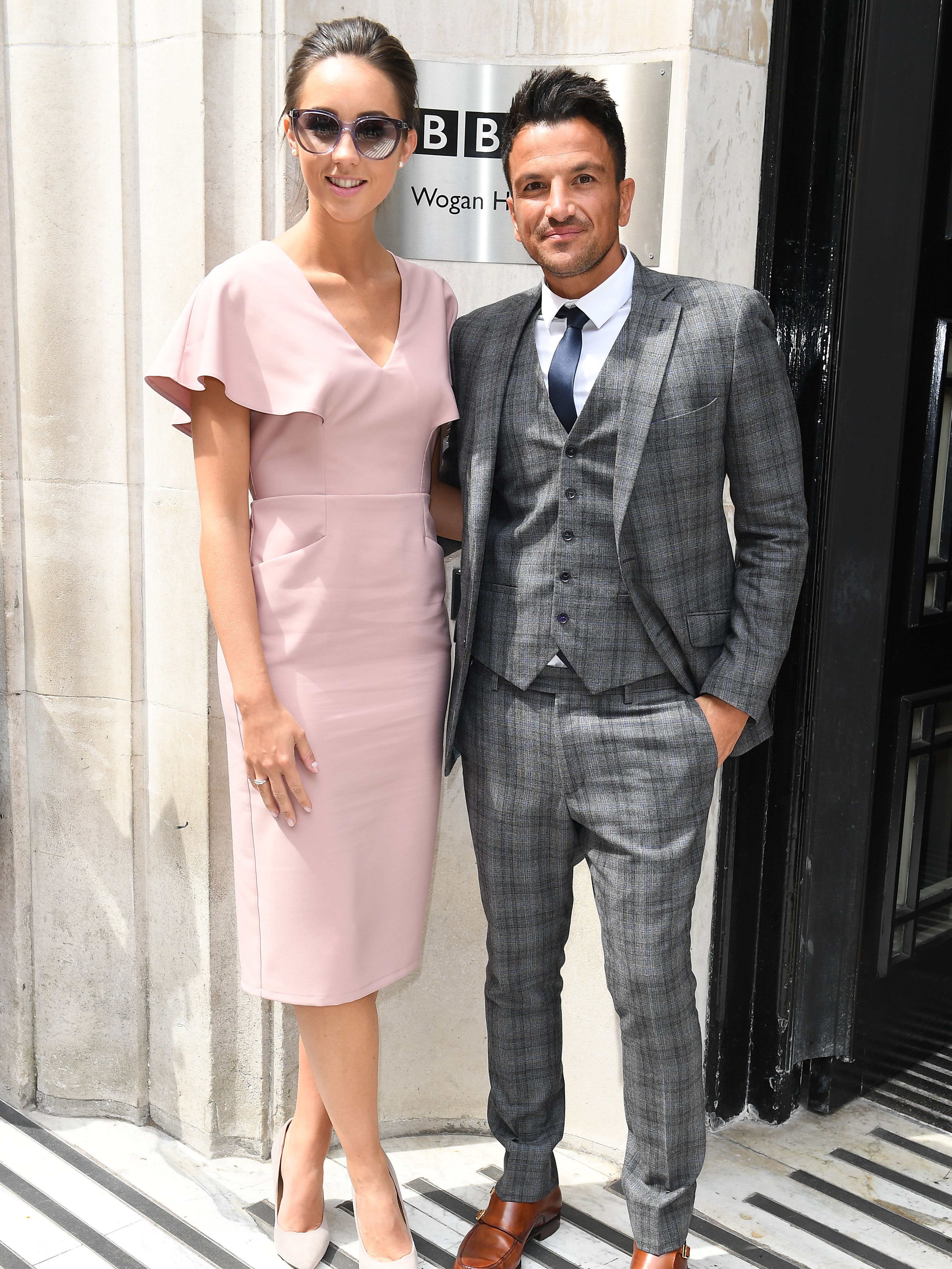 Pete, 46, was presenting the Duke of Edinburgh gold award and Emily was there to support him.

Peter looked dapper in a sharp tartan suit and smart brown loafers while Emily, 29, was radiant in a figure-hugging mauve dress with frilly sleeves.

She teamed the classy look with plain heels and over-sized sunglasses.

Pete posted a picture of them both on Instagram with the caption: ‘What a lovely day at Buckingham Palace presenting the Duke Of Edinburgh gold awards to some very deserving people.’

The loved-up pair have been together for seven years and met when Emily was a medical student.

More: Geri Horner transforms into Ginger Spice as she shows off incredible transformation 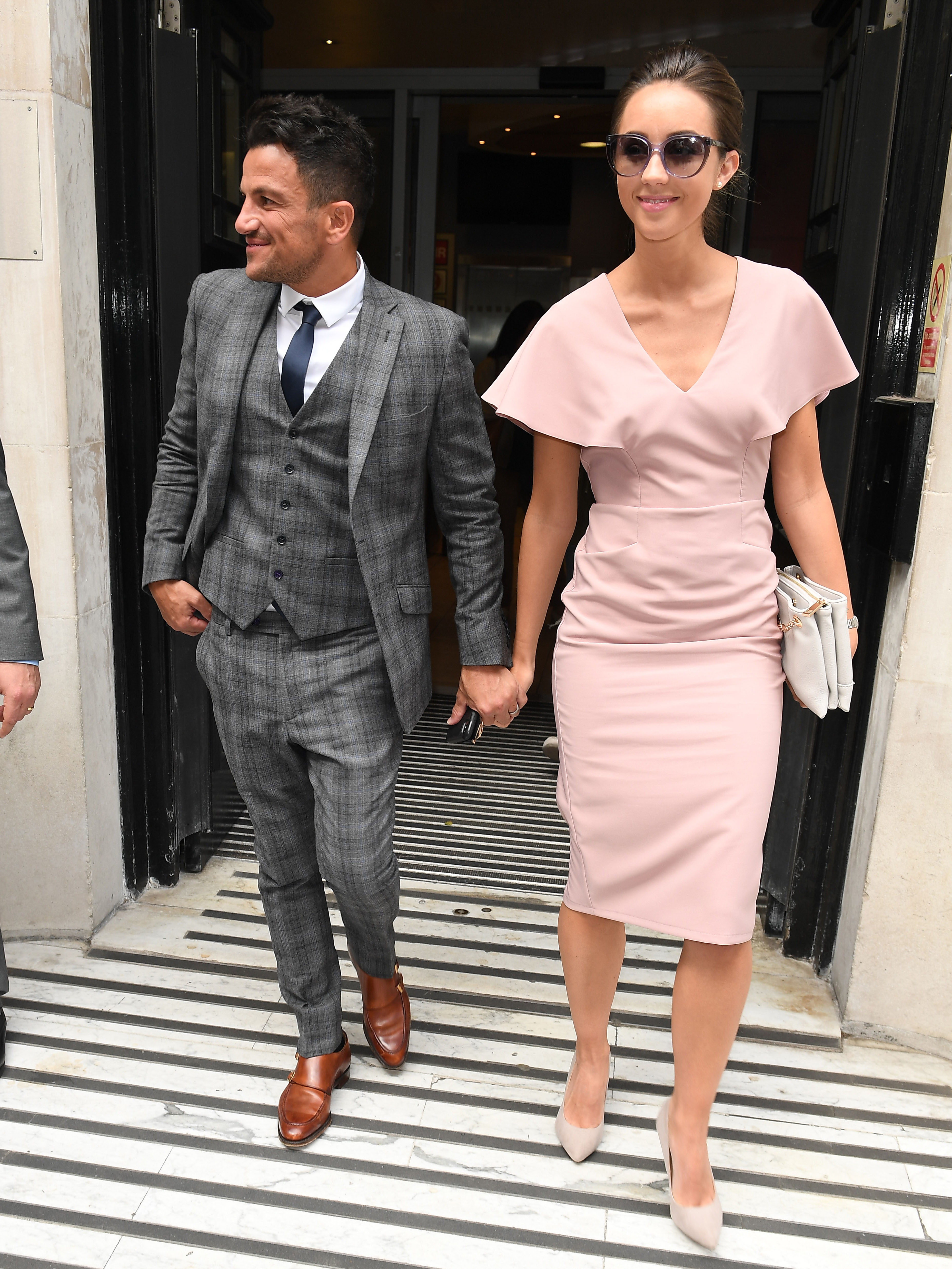 They welcomed their first child Amelia in 2014 and their son Theo in 2016.

The pictures come as Pete’s dream of making it big in America may be under threat as Emily refuses to move.

Pete recently signed with a top US-based manager and has big plans to crack the States – but he may have to do it solo as Emily doesn’t want to uproot their kids.

Speaking to The Sun, she said: ‘I’m excited for Pete and I hope he’s getting work out there.

‘He is away on and off anyway with his job in the UK.

‘Pete is very good, he always contacts us when he’s away. He is never away for more than a few days at a time.’

But when asked if she would move there permanently, Emily added: ‘No, we’ve got school age kids.’

Pete is in talks to do an American TV show, following in the footsteps of Mark Wright.

Speaking about his new mega manager, who also reps Piers Morgan, the Mysterious Girl singer said: ‘He’s done wonders for Piers on the shows in America.

‘He’s done jobs with Mark Wright, and all the gigs Mark’s done in America. So I really am in good hands.

‘We have actually talked about doing TV work so you know, it is one of the main focuses as well as film.’

Emily is also step-mum to Peter’s kids with his ex Katie Price – Junior, 13, and Princess, 11.