Without question, the Limited Series area has become perhaps the most prestigious, and certainly the richest, of all the Emmy program categories. There can also be no question that the range of Limited Series nominees — with only five allowed rather than the eight in expanded Comedy Series and Drama Series — is also limited, and there is a movement to bring it in line with those categories. They should definitely do that, as it is a category that continues to explode with contenders representing the best work on television today. Four of the five nominees this year  — three of them from upstart Hulu — revolve around real people. And then there is the outlier, which stands out as the total opposite of the others but earned the most nominations by far. 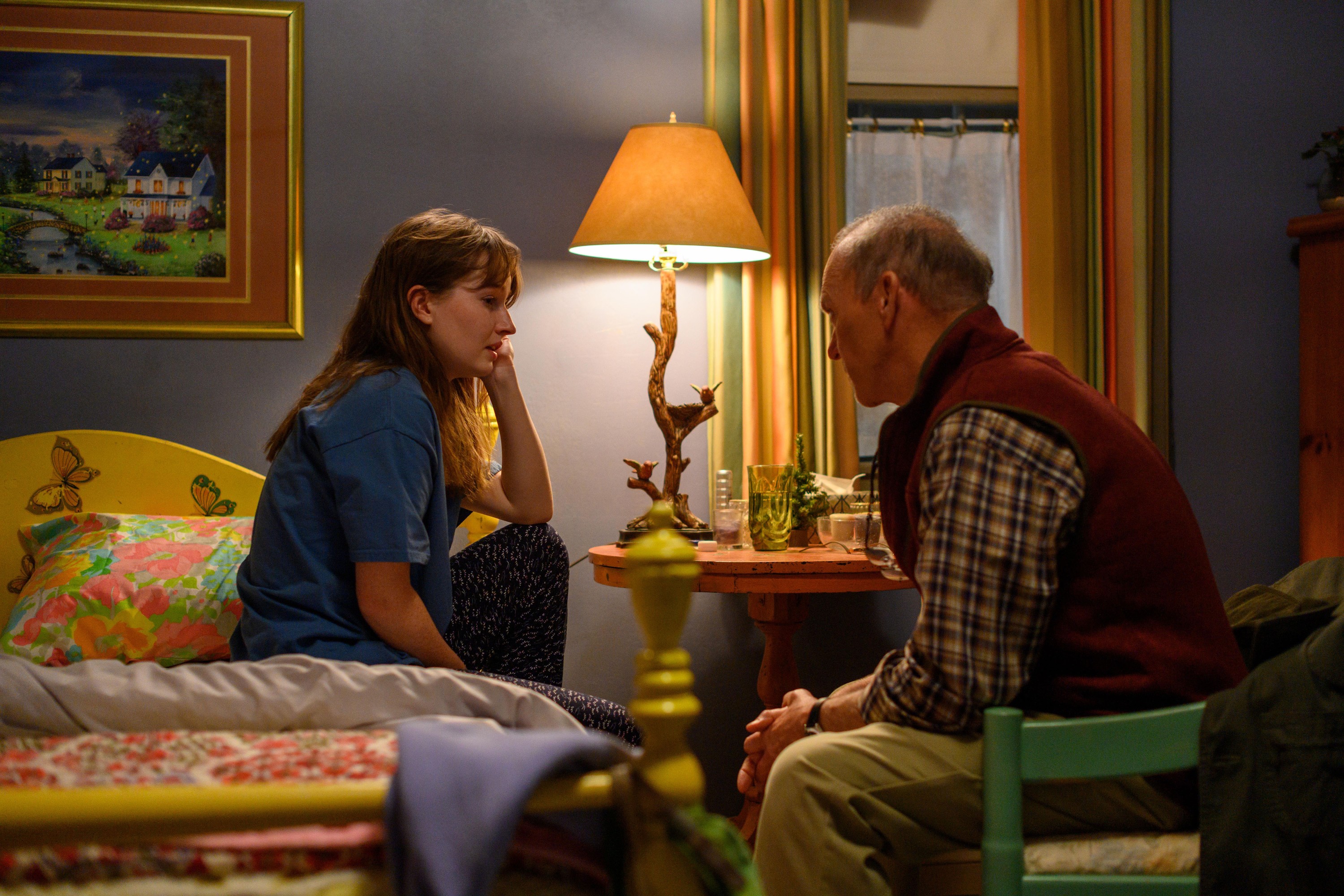 Danny Strong’s critically acclaimed look at the opioid crisis in America, and the corrupt Big Pharma company behind much of it, is certainly powerful television, a project that its creator says has turned him from simply TV writer-producer to activist. The winner of a Peabody Award and a slew of nominations from the major guilds and critics groups, it amassed 14 overall nominations for Emmys, and because of its expert execution and timely subject matter it is considered a frontrunner to win big. But it has some killer competition that just might complicate things. 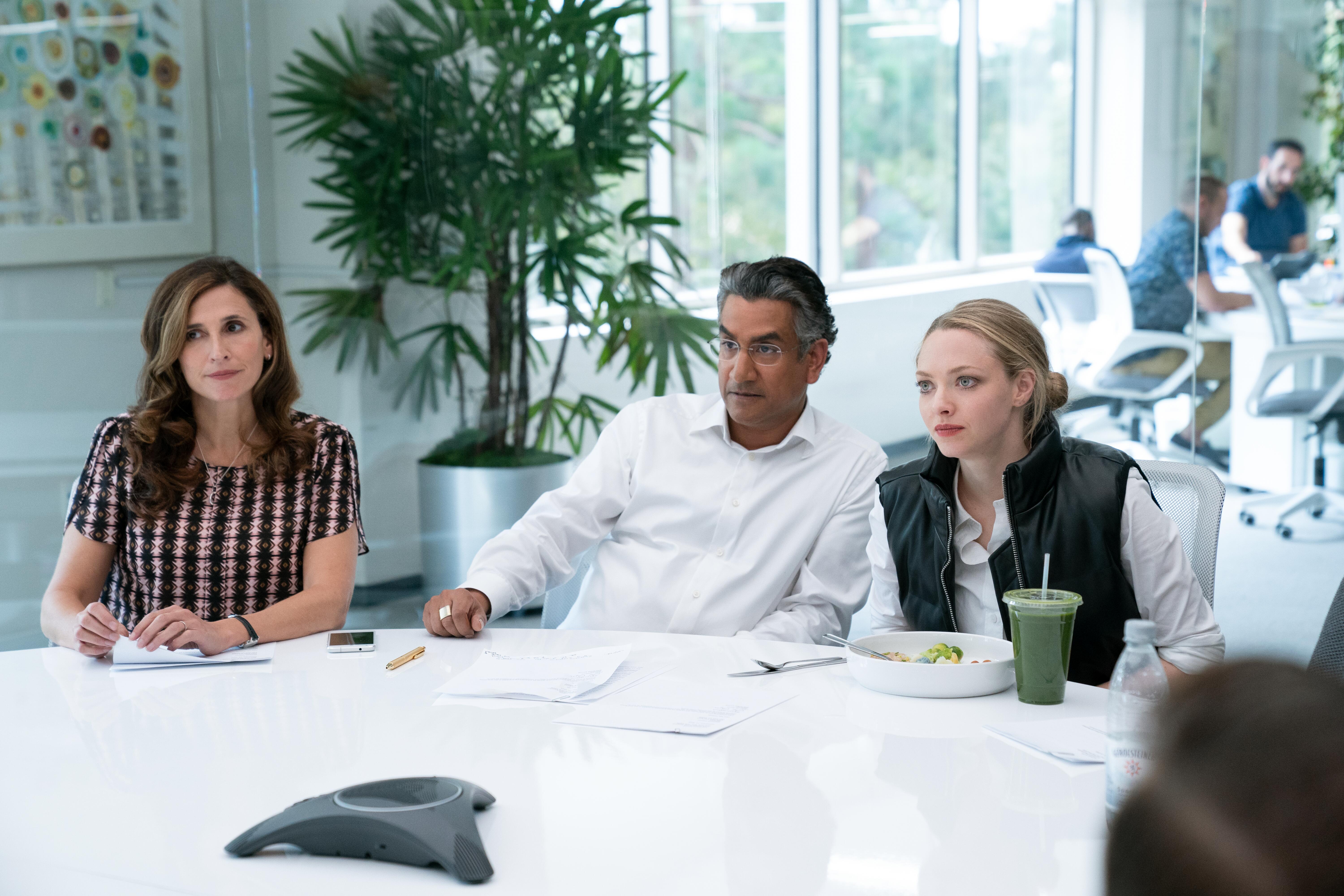 Giving Dopesick a run for its money is another Hulu crime story, this one centered on Elizabeth Holmes, who faked her way to the top. She not only bilked millions from her many backers but also, as in the case of the story behind Dopesick, created a danger to public health. Liz Meriweather was the showrunner who zeroed in on this complex woman, a Stanford dropout determined to be the next Steve Jobs. It is a tricky show to pull off, as the Holmes story is still being told. 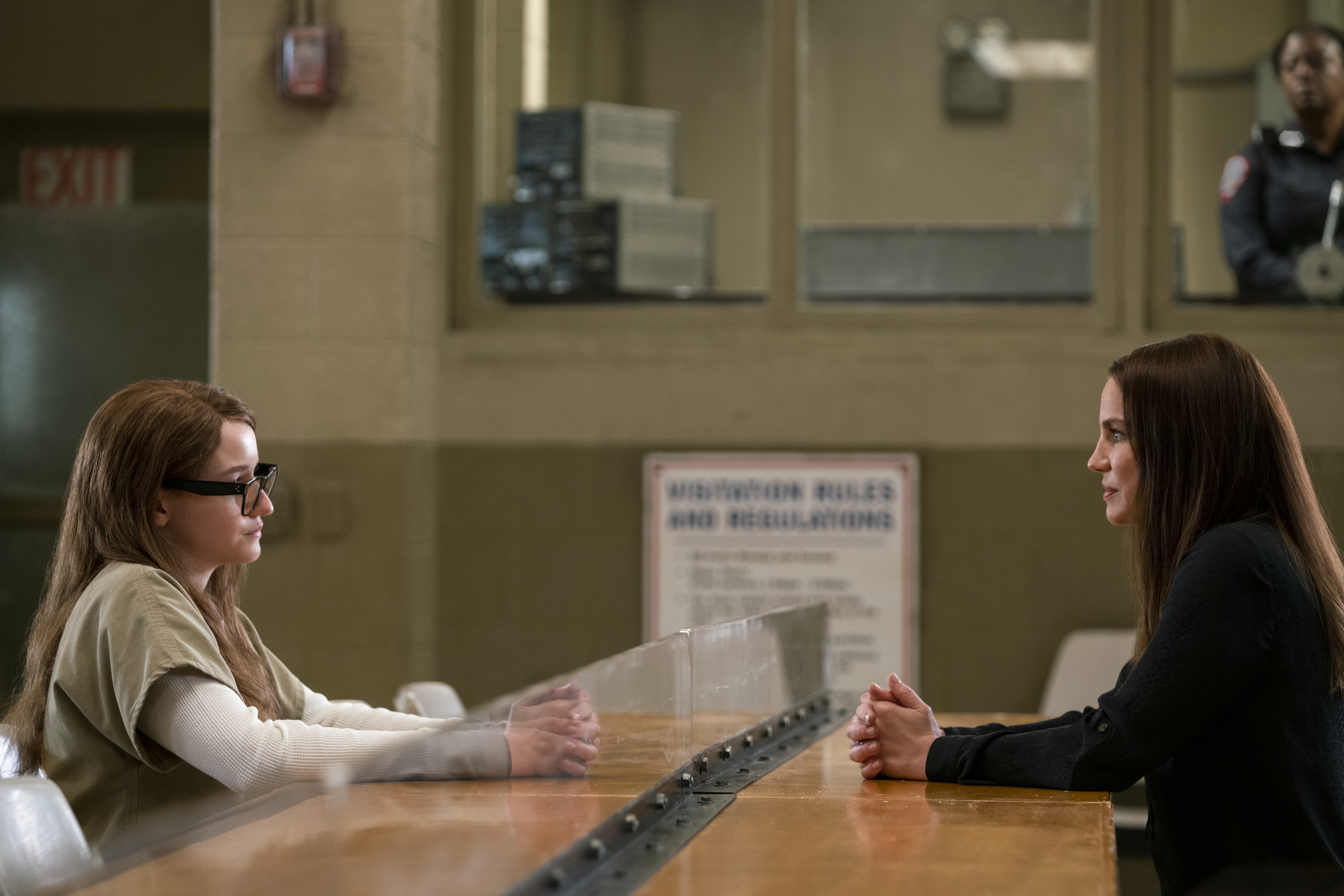 Another devious crime is depicted in this limited series where a Russian-born woman posing as a wealthy German heiress is at the center of a scheme to bilk the rich out of hundreds of thousands of dollars in pursuit of her own ambitions in New York’s upper crust. Shonda Rhimes created and produced this series which starred Julia Garner in the title role and was perhaps the most surprising entry here as it edged out another Netflix limited series, The Maid, to gain this slot. With only three nominations, it is probably the longest shot of the five. 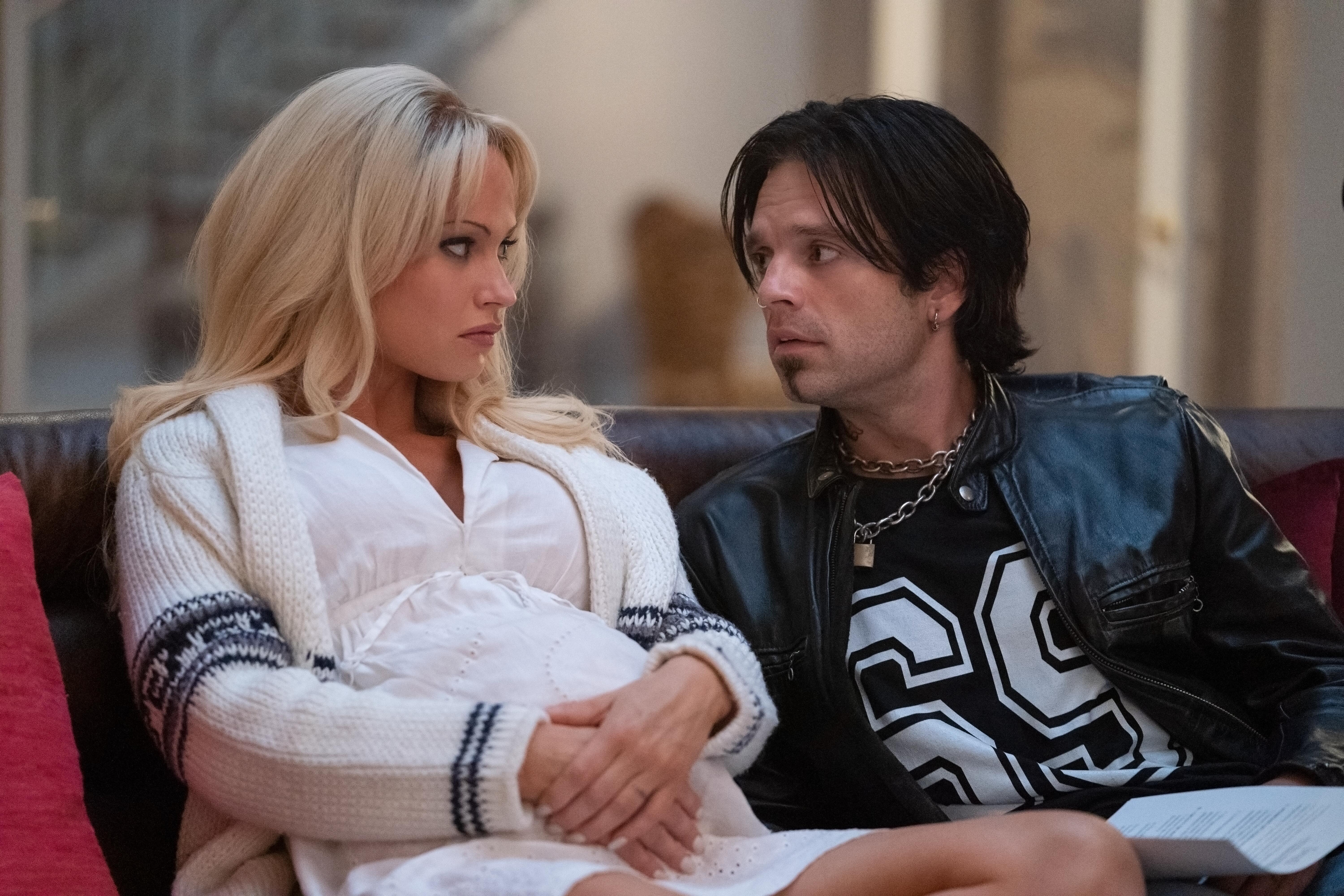 This Hulu entry is the well-received series that veers between comedy and drama as it tells of the whirlwind courtship, marriage and life of Pamela Anderson and Tommy Lee. And, of course, of the notorious sex tape they made that became a global viral sensation and the subject of a criminal case when it was stolen and distributed. With superb performances from Lily James and Sebastian Stan, this highly entertaining series perfectly hit its marks and landed a prime spot in the Emmy race. It also landed another nine nominations. 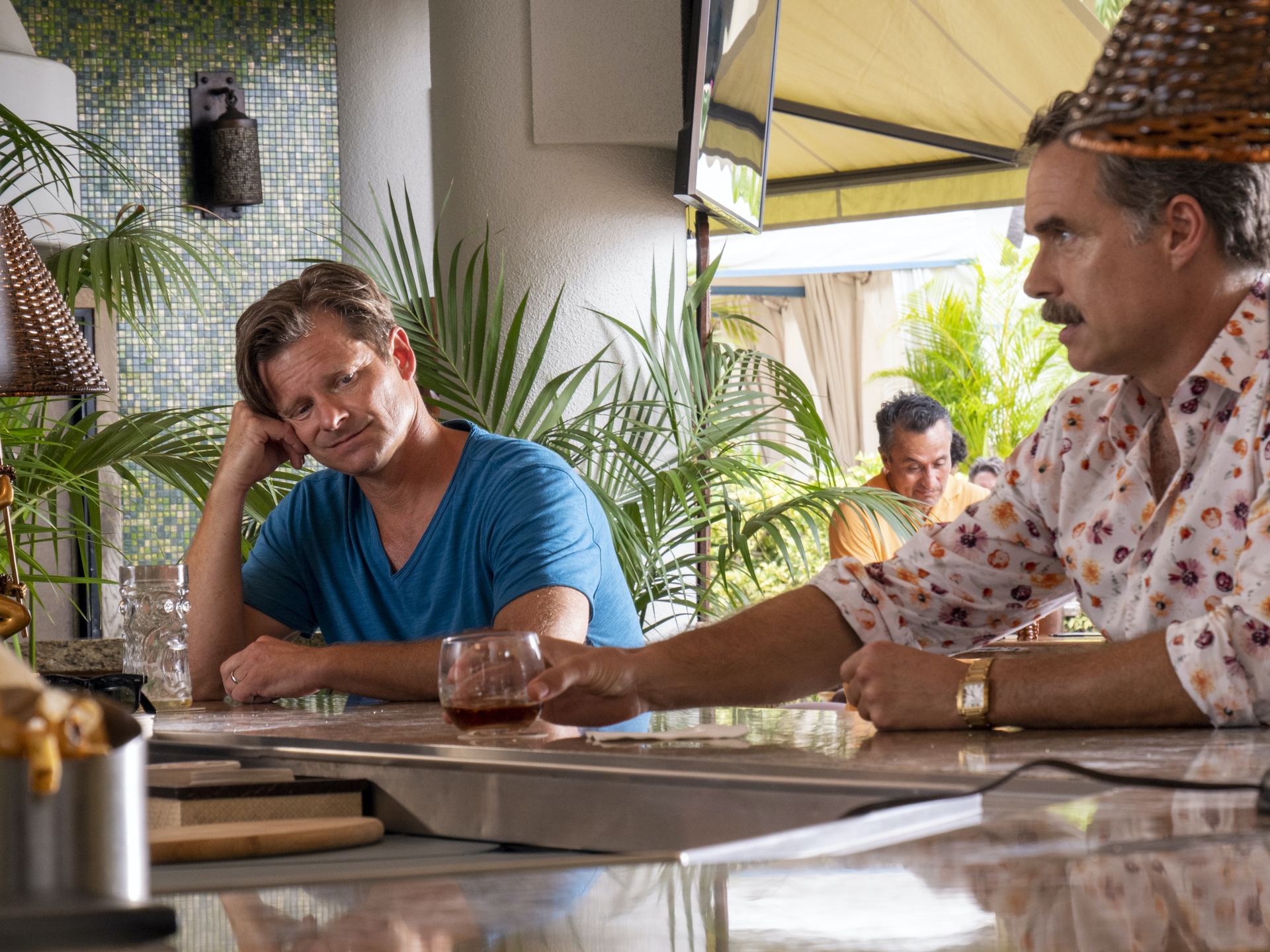 Although it premiered a full year ago, this quirky and wickedly amusing eight-part limited series from writer-director Mike White immediately became a much-watch and talked-about smash hit both in and out of the industry. Focusing on a group of self-obsessed vacationers at a Hawaiian resort, it not only provided choice characters for a crackerjack cast — eight of whom landed their own Emmy nominations — but also the biggest haul of any nominee in the category this year with 20 nominations. Plus, it is mighty HBO’s only contender here against three from Hulu which could very well split votes. But does this seem too light to win in the end?

THE PREDICTED WINNER: THE WHITE LOTUS (but this is a photo finish with ‘Dopesick’ so…)