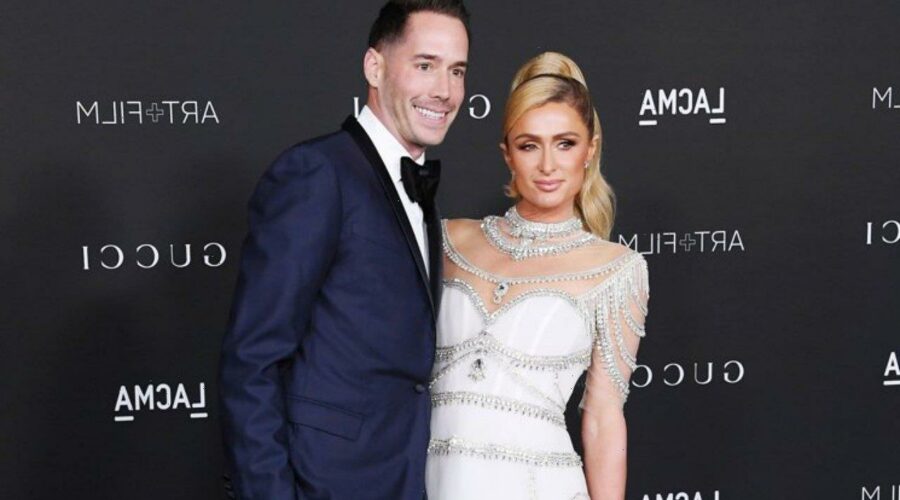 The socialite reportedly ‘selected her dress late last night’ before tying the knot with the venture capitalist in a ‘fairytale wedding’ at her late grandfather Barron’s Bel-Air estate.

AceShowbiz –Paris Hilton is officially a married woman now. Having gone through numerous breakups and several broken engagements, the socialite finally tied the knot with her fiance Carter Reum on Thursday, November 11 in Los Angeles.

The pair made it official at her late grandfather Barron’s Bel-Air estate. According to E! News that broke the news, a source says, “Paris selected her dress late last night. There is a lot of love and support surrounding both Carter and Paris.”

Pictures of the wedding have not surfaced online just yet, but TMZ has obtained photos of celebrity guests who arrived for the “fairytale” nuptials. Paula Abdul, Kyle Richards, Bebe Rexha, Emma Roberts and Evan Ross were among those attending the wedding.

Paris and Carter started dating in December 2019. They got engaged in February this year. Her journey to the altar has been documented for a new reality series, “Paris in Love“, which will premiere November 20 on Peacock.

In a trailer released in late October for the show, the 40-year-old DJ opens up about her fear ahead of her wedding. She is seen breaking down in tears as she admits that she fears she’s not making the right choice.

“I want to grow up but I wanna make sure I make the right choice,” she says in front of her sister Nicky Hilton and mother Kathy Hilton. She then adds through tears, “I just don’t want to be alone forever.”

Meanwhile, in a November 11 episode of “This is Paris” podcast, Carter teased what their special day would be like. “It is definitely going to be your fairytale wedding,” he said, adding, “That first kiss and that first hug and as we always say, the electric bolts that are going to shoot between us-I’m going to think about all those memories.”

The Thursday ceremony is part of a three-day affair, which will continue with a Friday night carnival on the Santa Monica Pier and a black-tie event on Saturday.