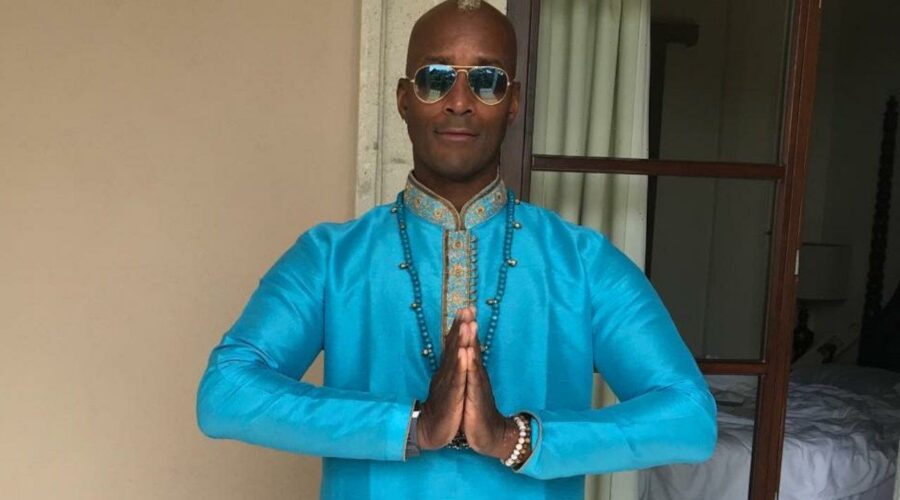 The actor, known for his role as Zahir Arif on the TV drama, passed away following his lengthy battle with cancer nearly a year after he first announced his diagnosis.

AceShowbiz –Granville Adams has passed away. The Zahir Arif depicter on “Oz” died following a lengthy battle with cancer nearly a year after he first announced his diagnosis on his social media platform. He was 58 years old.

Colleagues and friends of the actor confirmed the news on social media on Sunday, October 10. Tom Fontana, showrunner and executive producer of “Oz”, shared a photo of the late star on his Instagram account with a caption that read, “Goodnight, sweet prince/and flights of angels sing thee to they rest #granvilleadams #oz.”

“Oz” alum Dean Winters also penned a tribute to Granville via Instagram. “I first met Granny in 1992 and I immediately drank the Kool-Aid. His smile was infectious, his chuckle was intoxicating. He never, ever spoke ill of anyone and I defy anyone who knew him to say anything negative about this man,” he praised the late star.

“Granville was beloved, period. … A humble, beautiful soul who just elevated the afterlife to a whole new level. You will be missed my friend,” Dean continued. “You are my brother and I’m a better human being for knowing you. RIP G.”

Also mourning Granville’s passing was his co-star Kirk Acevedo. “I lost my brotha today after a long battle with cancer. I don’t do well with loss because I’m unfamiliar with it,” he tweeted along with some photos with the late actor. “Yo Granny we’ll be chopping it up on the other side one day. Until then… Rest easy my friend. Granville Adams.” 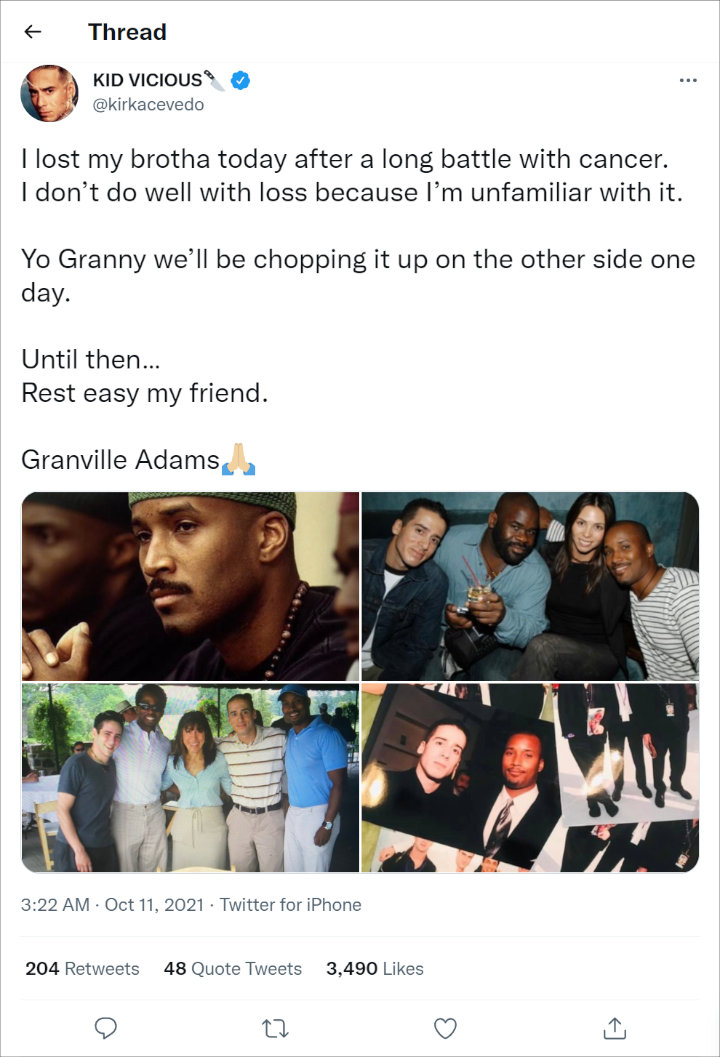 Granville went public with his cancer diagnosis back in December 2020. At the time, the actor posted a photo of himself on his Instagram page in a hospital bed looking ill. In his caption, he fumed, “F*** CANCER!”

Then in February this year, his “Oz” family started a GoFundMe on his behalf, explaining that his hospital bills were mounting for both him and his family and asking the public for help. At the time, they wrote, “As many of you know, our friend and brother Granville Adams has been diagnosed with cancer. In only a few months, the medical bills have skyrocketed to astronomical levels.”

“Not only does he have to battle this ruthless disease, but now he has to fend off the hospital bills the insurance company refuses to pay. In this quarter alone, the unpaid bills have piled up to $69,550,” the note added. “We want to gather together and show Granville our love by clearing this quarter’s bills, giving Granville concrete support in his fight against this vicious disease.”

Granville is survived by his wife, Christina.