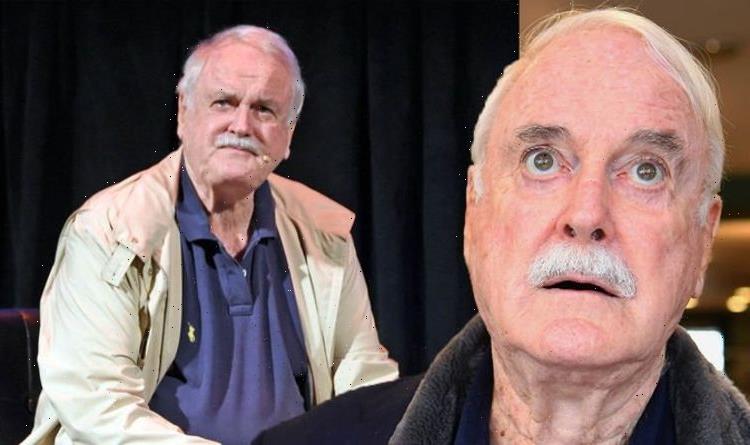 John Cleese, 82, has taken to Twitter to call presenter Joy Reid, 53, a “superb anchor” of American television. This comes as John replied to a tweet that could see Joy replaced on America’s MSNBC “in the next round of reshuffling”.

One of the best on American TV.

NewsPolitics tweeted yesterday: “Source @ Comcast: ‘Joy Reid will lose her 7p show in the next round of reshuffling at MSNBC.

“‘She does not have a show come mid spring’ – The ‘decision has been made, the only thing left is messaging on the move, which will be the ratings’.”

In view of his 5.6 million followers, John replied: “I think Joy Reid is a superb anchor.

“One of the best on American TV.

“If she’s replaced it is entirely a comment on MSNBC’s perception of its audience.”

Many took to the comments to say their opinion on the presenter and whether they think she should be replaced.

Stpaulgal49 said: “Sometimes @JoyAnnReid aggravates me but generally I agree and would hate to see her replaced.

“She gives voice to millions of Americans who have been ignored by the major media.”

Vodaeau added: “I used to watch her on the weekend and was so happy when she got her spot. Never a dull show.”

Other’s did not agree with John’s statement, believing he was joking.

NickNuke4 said: “Oh, I get it. You’re a comedian and this is comedy.

MiddleSane added: “Big fan but I have to disagree with you here, I can’t watch her show.

“She’s childish, she name calls and mocks. Which is all well and good, but not for someone anchoring a news show… that’s the kind of garbage the other side does that I can’t stand.”

The US magazine The Nation described how it “us[ed] the trope of gay sex to mock politicians and journalists.”

Since then Joy has been involved in more controversies, causing a lot of negative criticism from many Americans.

However, in 2016 The Hollywood Reporter described her as one of the political pundits “who have been at the forefront of the cable-news conversations this election season”.

John is known for his controversial Twitter conversations, with his opinion on Joy today being no different.

Last year, John cancelled an appearance at Cambridge University after learning that historian Andrew Graham Dixon had been blacklisted by the student union for impersonating Adolf Hitler.

His visit to the university was intended to be part of a documentary on “wokeism”.

John said he was “blacklisting myself before someone else does”.