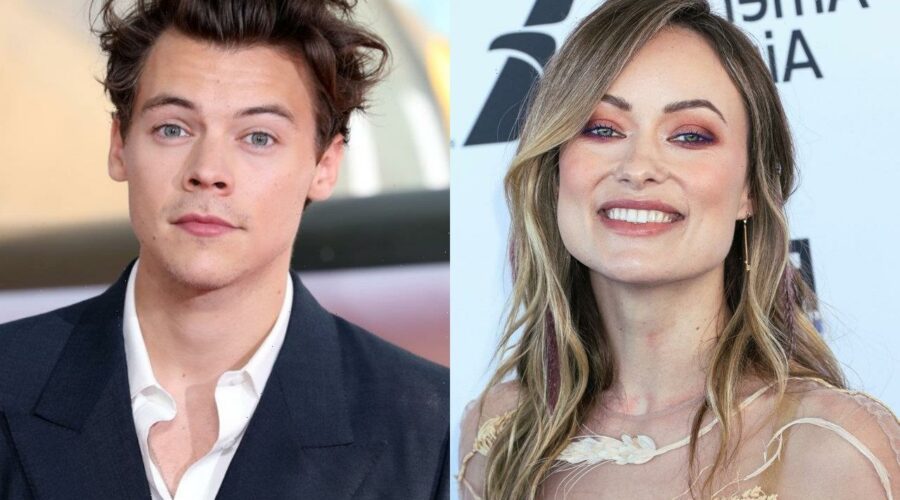 The ‘Booksmart’ director faces an inquiry about whether she and the ‘Watermelon Sugar’ singer have already been married when arriving at Los Angeles airport.

AceShowbiz -No one can contain people’s curiosity about Olivia Wilde and Harry Styles‘ hot romance. Having been going strong since they were first reported dating six months ago, the pair were recently hit with marriage rumors, which the actress has been forced to address when she landed in Los Angeles.

Hitting LAX on Monday, July 19, the 37-year-old beauty was asked about the wild speculation that she and her boyfriend have already tied the knot. “There’s a massive Internet conspiracy that you and Harry are already married. Not true? True? Maybe?” a paparazzo was heard asking her in a video obtained by Daily Mail.

Olivia, who dressed comfortably in a white hoodie and blue jeans, then snarkily responded, “I’m never going to talk to you guys.” The relentless pap further pressed the “Tron Legacy” star about her ring size. “I gotta try though. Just in case he doesn’t know, what size ring are you?” he asked again.

But Olivia didn’t budge and continued to walk with her security guard. The pap then tried to ask Olivia’s opinion on the #FreeBritney movement, but she refused to entertain the topic either.

The marriage rumors started after an Instagram meme page posted a photo of Life & Style magazine, which had the headline, “Just Married!” next to a picture of Olivia and Harry on a boat. The magazine cover also blared, “She [Olivia] can’t wait to start a family.”

The meme was then shared to Twitter, prompting many responses from the couple’s fans. “HARRY STYLES GOT MARRIED???? SOMEONE SAY SIKE RN,” one user demanded an explanation. Another confused fan asked, “IS HARRY STYLES ACTUALLY MARRIED OR IS IT JUST A SICK PRANK???” while another added, “Harry Styles proposed to Olivia Wilde in Italy and is now married i’ve lost all hope in life. wtf did i miss?”