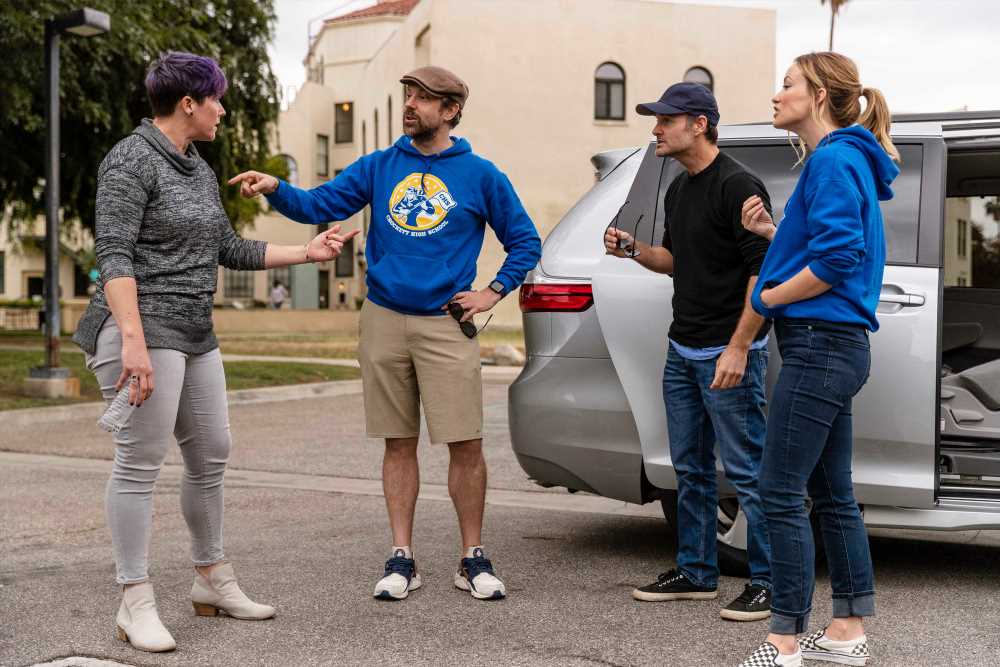 Lyft passengers were treated to a not-so-typical ride as an undercover Jason Sudeikis was at the wheel under the direction of his wife, Olivia Wilde.

Sudeikis, 43, was in disguise while Wilde, 35, was in a different location secretly telling her husband what to say to unsuspecting passengers via walkie-talkie, as part of the ride-sharing app’s “Undercover Lyft” series.

“Feel free to throw in ‘Booksmart’ there in any way you want,” she said, advising Sudeikis during the covert mission to plug her directorial debut.

Sudeikis, who was sporting sunglasses and a newsboy cap to stay incognito, cheekily said to a passenger, “My girl is always in my ear … I need a little direction every now and then, right?”

The celeb takeover is a part of Lyft’s Round Up and Donate initiative, where riders can opt to round their fare up in support of a charity. This go-around is supporting the American Civil Liberties Union.

Which, coincidentally, one of Sudeikis’ passengers currently supports.

“You let ladies know that you help out the ACLU, you’re gonna need two d–ks,” the actor joked. “Excuse my language.”

In a statement, Wilde said, “Lyft has been such a great partner on ‘Booksmart’ since the very beginning and a long-standing supporter of the ACLU, so it was fun and meaningful to work with people who are as passionate about gender equality as I am.”

At one point during the ride, actor Will Forte joined an ongoing trip, disguised as a passenger named Gary.

The two actors traded barbs in front of his fellow rider, making sneaky references to their work together on “Saturday Night Live.” They also mentioned Forte’s movie, “MacGruber.”

“I’ve heard of it, it’s very funny,” Forte said in response to a passenger who said she wasn’t familiar with the 2010 film based on his famed “SNL” sketch.

“I have not watched that show since I was on it,” Sudeikis said, revealing his identity to the passenger.

“I knew something was weird about this,” the surprised rider responded. “You were both on the show!”

Chance the Rapper and Taraji P. Henson have also participated in previous installments of “Undercover Lyft.”