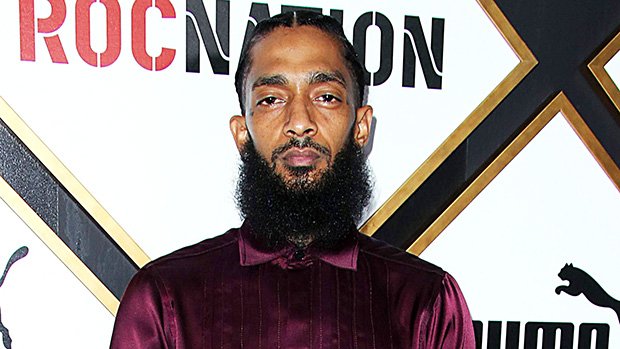 Nipsey Hussle’s ex Tanisha left a courtroom looking visibly upset on May 20 shortly after she lost her case in fighting to regain custody of their 10-year-old daughter, Emani, to Nipsey’s sister Samantha.

Nipsey Hussle‘s ex Tanisha is not getting back custody of their 10-year-old daughter, Emani, after a court appearance on May 20 and she was clearly not happy about it. The mother left the courtroom looking extremely frustrated and sad after custody was granted to Nipsey’s sister, Samantha Smith, who has had Emani since the rapper’s death from a shooting in Mar. In a video obtained by TMZ, Tanisha can be seen leaving the court looking angry and telling the camera that she’s “pissed off” about the case.

Samantha and Nipsey’s family faced Tanisha in court to claim they felt she was unfit to have custody of Emani due to some legal issues she’s had and after the hearing, the case was closed with another court date not set to take place until July. Tanisha’s lawyer, Larry Lewellyn, told TMZ that he’s working with Nipsey’s family to set up a visitation schedule for Tanisha and Emani that will be in Emani’s best interest.

Samantha wanting to keep custody of Emani is not surprising considering the fact that she’s been a big part of the young girl’s life since before Nipsey was killed. In her petition when filing for guardianship, she wrote that she was seeking custody because she wants to “ensure the continued stability for Emani and ensure that she will be able to maintain her current and ongoing relationship” with her. Tanisha broke down in court last week after claiming she hadn’t seen Emani in months, according to the outlet and the judge gave them 20 minutes together.

Tanisha’s rough past may go against her in future dates of the custody case. In addition to having a warrant out for her arrest right now due to an unsettled DUI case that took place in 2017, she’s had many arrests between the years of 2006 and 2007.

In addition to Emani, Nipsey had two-year-old son Kross at the time of his death but Kross’ mother, Lauren London, has custody of him.