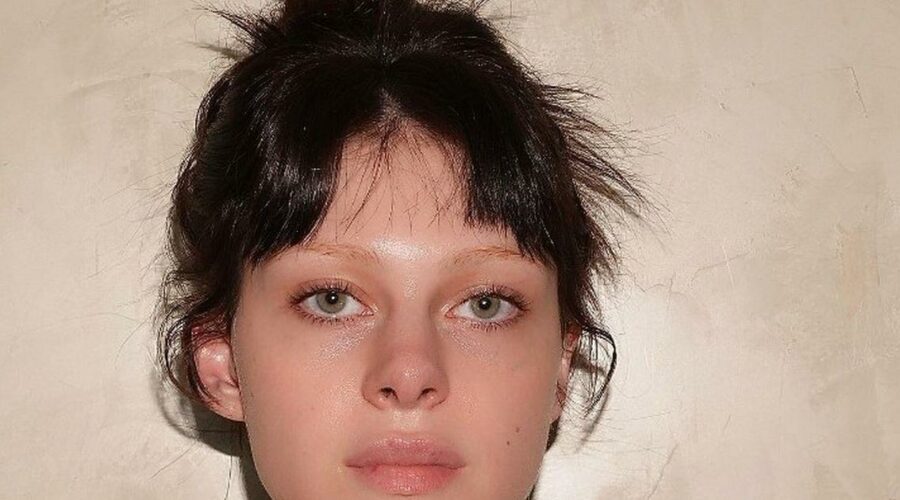 Nicola Peltzis the latest celebrity to jump on the bleached eyebrows trend, joking that it makes her look like a hardboiled egg.

The model and actress, 27, shared a snap of her new brows to Instagram afterbleaching them for Paris Fashion Week.

She unveiled her new look at the Givenchy Womenswear Spring/Summer 2023 show, which she attended with husbandBrooklyn Beckham, 23, in matching “Men in Black” suit co-ords.

Posting a “no makeup” photo to her Instagram, Nicola wrote: “No make up no brows giving hard boiled egg” followed by an egg emoji.

She showed off her natural looks while wearing a plain white vest top and tying her dark tresses up in a high bun.

Nicola’s new look comes as she appears to put aside her rumoured feud with mother-in-lawVictoria Beckham.

Rumours of a feud between Victoria, 48, and her daughter-in-law have been circulating for months now – since Brooklyn and Nicola's wedding day in April – however, it seems the former Spice Girl is keen to put them to bed once and for all.

Following her debut Paris Fashion week show, Victoria thanked her family for their support and posted a sweet snap of the happily married couple on the front row.

“I love you all so much,”she wrote alongside the snap, which Nicola then reposted on her own feed.

The feud is said to have begun following Nicola and Brooklyn's wedding, where it was reported that Victoria let her daughter-in-law downwith the design of her wedding dress.

Speaking toGrazia USAearlier this year, Nicola explained: “I was truly excited to be able to wear a design that my future mother-in-law created. I thought that was so beautiful and such a beautiful story.

“I thought, 'Oh, this is going to be so fun.’ One of my best friends and my mom, we connected to start designing the dress, and then a few days went by and I didn't hear anything.

“Victoria called my mom and said her atelier couldn't make it. So, I spoke to my mom and Leslie, and I was like, 'Well, unfortunately, this can't happen, so what's the next step?'”

Nicola instead wore a haute couture Valentino gown when marrying into the Beckham clan, andeven travelled to Rome to find her 'fairytale' dress.