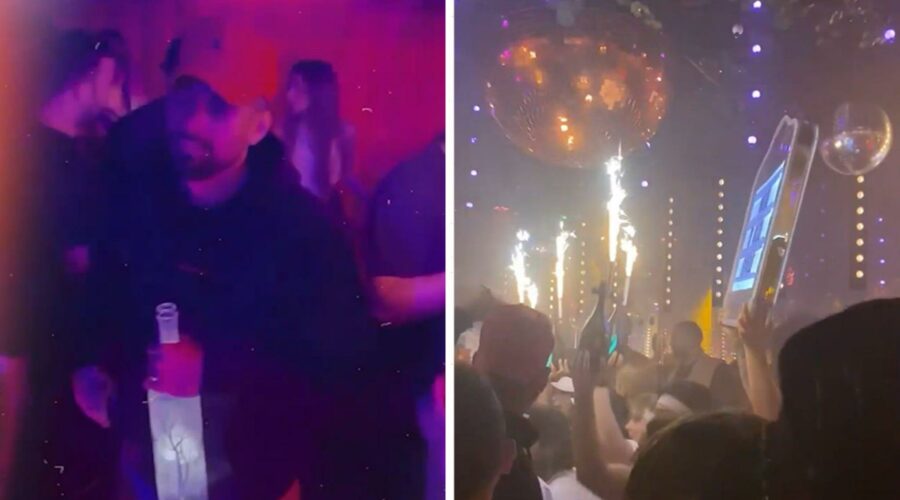 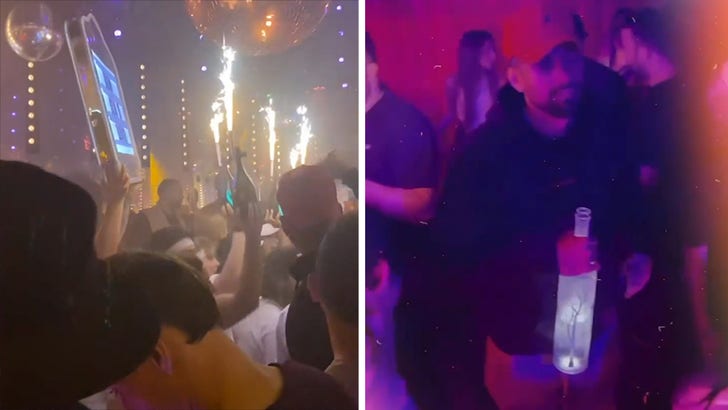 Nick Kyrgios came up short yesterday in his Wimbledon finals match against Novak Djokovic, but that didn’t stop the tennis star from turning up … hitting up a London nightclub to help him get over the tough loss.

The 27-year-old — who had quite the run during the tournament — partied at popular London hot spot Wyld Club with his girlfriend, Costeen Hatzi, and his sister, Halimah Kyrgios.

The club posted video of Kyrgios in the building on their social media … and the Australian appears to be holding a bottle of Vodka, enjoying himself despite the heartbreaking loss. 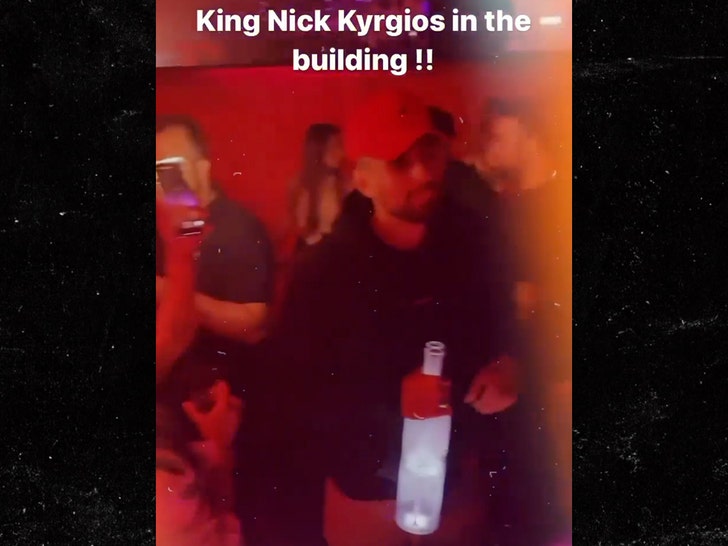 At one point during the evening, Kyrgios’ GF jokingly wrote on social media that Nick’s sister, Halimah, was a bad influence while holding two bottles of alcohol. 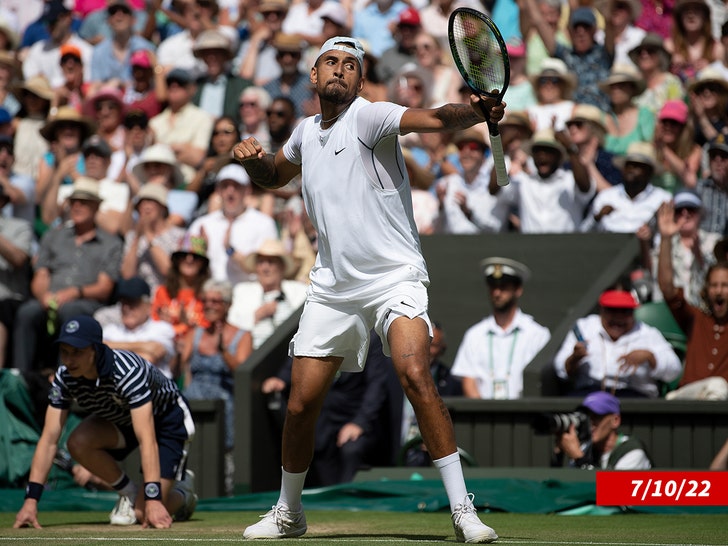 Of course, the always fiery Kyrgios is known to speak his mind, and yesterday, he did just that, complaining to the chair umpire that a fan should be removed after nearly costing him a game.

“She’s distracting me when I’m serving in a Wimbledon Final,” a visibly ticked-off Kyrgios said. “There’s no other bigger occasion … She’s drunk out of her mind in the first row speaking to me in the middle of the game.”

When the chair umpire asked Kyrgios to identify the woman he was referring to, Kyrgios said, “She’s the one who looks like she’s had 700 drinks.”

Kyrgios ended up losing in four sets to Djokovic, after taking the first set.

As for Novak, it was his fourth consecutive Wimbledon title and his 21st Grand Slam title overall. He was originally supposed to faceoff against Rafael Nadal, however, Nadal withdrew from their match due to an abdominal injury.