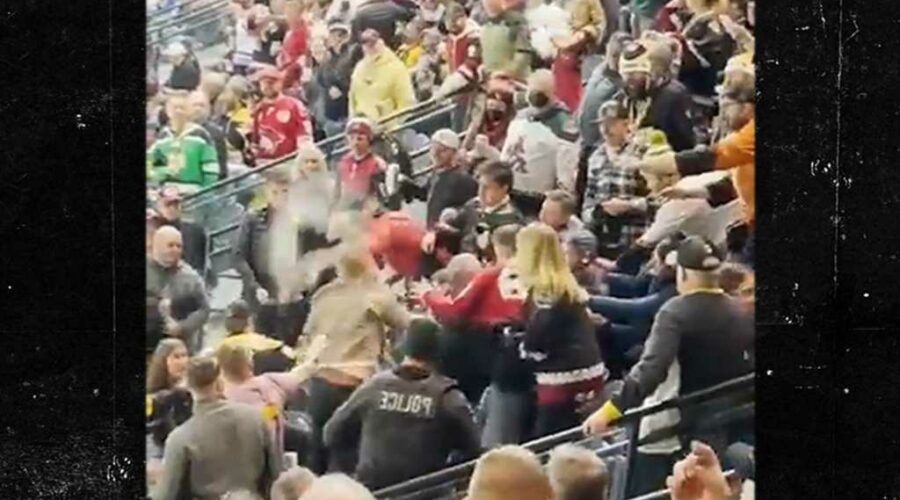 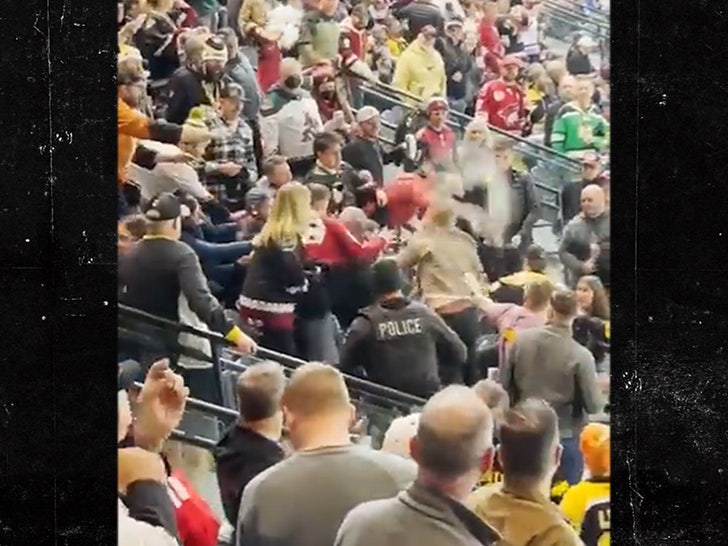 An NHL fan had his fingertip bitten off during an insane fight at the Coyotes vs. Bruins game on Friday … this according to cops.

A spokesperson for the ASU Police Dept. tells TMZ Sports … the melee happened at around 9:30 PM at Mullett Arena in Tempe — when several Boston and Arizona fans got into a scrap.

Video shot by a bystander shows roughly half a dozen people — including men and women — shoved each other, threw drinks on each other … and, at times, whaled on each other for roughly a minute.

Cops eventually jumped into the fray to break it all up — and according to the ASU PD spokesperson, one fan, Nashaknik Allen Shontz, was arrested after he was accused of taking a chunk out of another person’s finger during the fracas.

The spokesperson said Shontz was booked on one count of aggravated assault.

According to the spokesperson, five other people involved in the brawl were issued citations. Cops say they don’t know what started the fight — they’re still investigating the matter.

It’s unclear if the alleged victim was able to reattach the severed digit.

As for the action on the ice — the Coyotes clearly weren’t disturbed by the commotion in the stands, they won the game, 4-3.