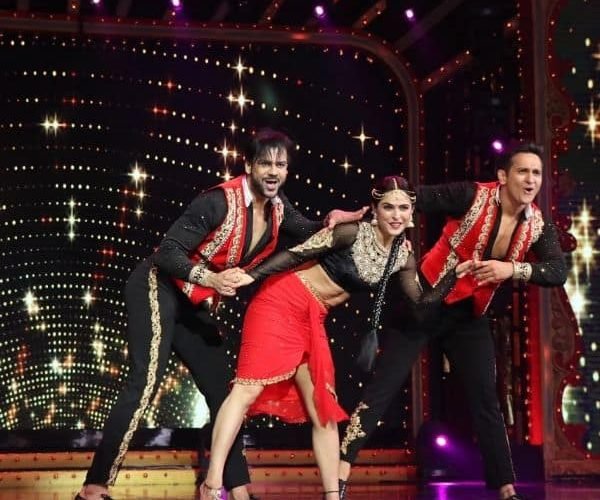 Nach Baliye 9 has been in the news for a long time. The show is one of the most loved and this season has been full of fights, controversies, and injuries. The ninth edition of Nach Baliye is not less than the controversial show Bigg Boss. Ex-couple Vishal Aditya Singh and Madhurima Tuli have been in the limelight for their constant fights. They have been finding it difficult to work together on-screen as well as off-screen. The fight between the two has always been a problem on the sets.

Vishal and Madhurima were eliminated recently but were back as wild card entrants. As per reports, the ex-couple is once again in a huge mess. Madhurima Tuli had forgotten her steps while she was dancing and had left the stage in between of her performance. This did not go well with judge Ahmed Khan. Madhurima returned to the stage but this time it was Vishal who could not remember the dance steps. Ahmed Khan was angered by this behaviour of the ex-couple. However, he allowed them to perform again but decided not to give them any scores. Well, this will surely take Vishal Aditya Singh and Madhurima Tuli in the danger zone next week. Earlier Natasha Stankovic had also left the stage after her performance for forgetting her steps. Ahmed Khan had bashed Natasha saying that they have insulted the panel which also comprises of a senior actor like Sunny Deol. He even threatened to eliminate the two from the show.

Talking about the upcoming week, this week the show will have Hrithik Roshan, Tiger Shroff and Vaani Kapoor promoting their upcoming film War. Last week Sanjay Dutt had graced the set of Nach Baliye 9. The actor was there to promote his film Prassthanam.

Related posts:
09/24/2019 Celebrity Comments Off on Nach Baliye 9: Vishal and Madhurima forget their steps; get into an argument with judge Ahmed Khan | Bollywood Life
TV & Movies