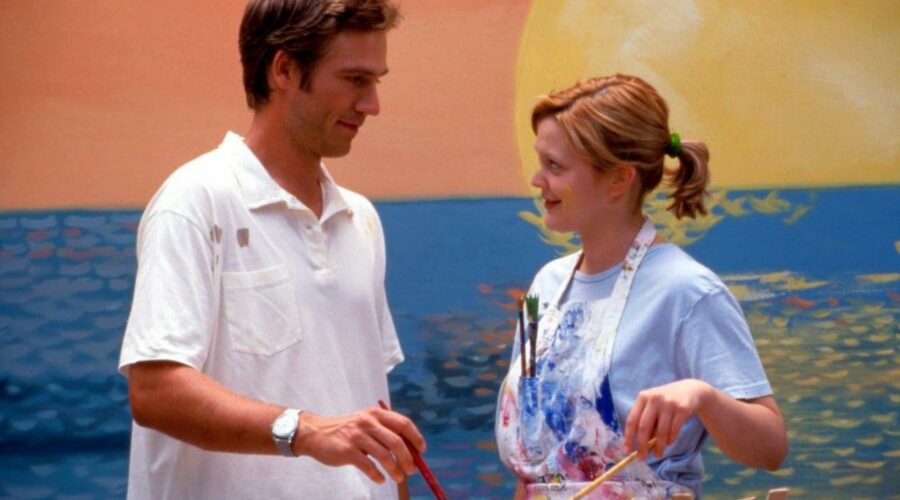 The actor playing Mr. Coulson in the 1999 romantic comedy makes the confession when joining his former castmates, including Molly Shannon and David Arquette, for a talk show reunion.

Michael Vartan joined Barrymore and their castmates, Molly Shannon and David Arquette, for a reunion on her daytime talk show on Tuesday, September 14, and revealed he really, really liked his co-star.

The actor, who played teacher Mr. Coulson in the film, told Drew he had a lot of chemistry with his onscreen love interest and when she kissed him he couldn’t control his emotions.

“They just happened, and I very quickly realized I was in a very bad spot because I was wearing very loose, sort of like, slacks and I thought, ‘This is going to be a disaster when they cut, I must pre-emptively end this.’ “

“So what I did, in a panic, I just yelled, ‘Cut,’ and bent over and said, ‘Oh guys, sorry, my back, I put my back out playing ball’… and I went off into my corner. Finally, I was able to compose myself, and luckily the subsequent scenes went on without a hitch.”

He then told Drew, “You are a very good kisser.” The actress responded, “Well thank you and, you know, you weren’t married at the time, so yeah, I went for it because you were single and I felt like I wasn’t going to offend anybody.”