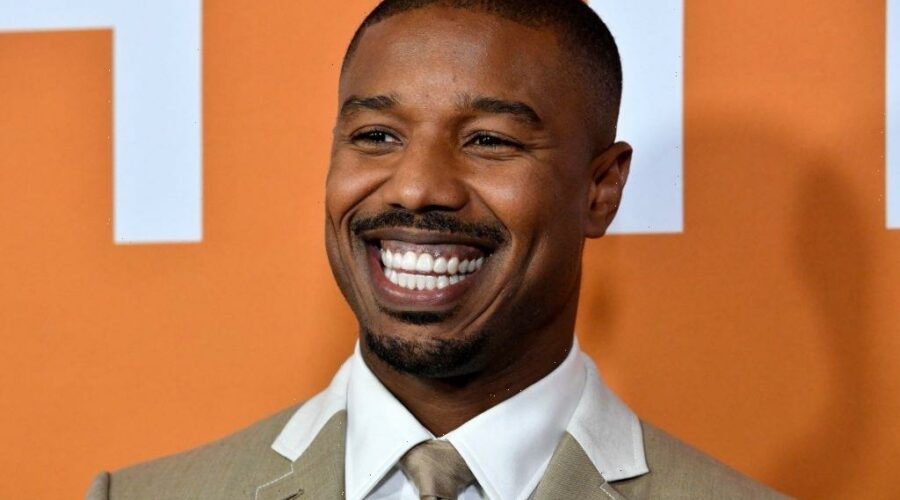 Michael B. Jordan is ramping up for the release of his latest film, Without Remorse, which premieres on Amazon. As an actor and producer, his plate is full.

But ever since he clinched the title for People’s “Sexiest Man Alive,” some people have become more interested in his personal life. Jordan is currently dating Lori Harvey, Steve Harvey’s stepdaughter.

Now that they’ve gone public with their relationship, some fans are curious about how he gets along with his girlfriend’s famous father. One way to see that in action is for Jordan to appear on one of America’s favorite TV shows: Family Feud.

Steve Harvey gave a thumbs up to Michael B. Jordan

Steve Harvey rarely comments on his children’s love lives, but when he went on Jimmy Kimmel’s talk show in February, he dished on Lori and Michael B. Jordan. He called him a nice guy and said, “I like him. I’m pulling for him.”

Harvey praised Jordan as a nice guy and shared that he even met his father. And he’s all for his children making their own choices. When it comes to his daughter’s boyfriends, Jordan stands out.

“I’m just happy I can at least approve of one,” he said. And he told Ellen DeGeneres he couldn’t find anything wrong with him. Does that mean Jordan has a standing invitation to come on Family Feud where Harvey’s the host?

Jordan is game to go on ‘Family Feud’

Jordan appeared as a guest on ET Canada to discuss his new movie, and host Keshia Chante asked about its family theme and whether he’d ever go on Celebrity Family Feud. He’s down for it.

Jordan noted how close he is to his parents, and said he’d love to be on the show. “Celebrity Family Feud — get at me, that’d be awesome! That’d be cool actually, to do something like that. It’s one of those shows that you’d always want to go on, like Jeopardy! or Wipeout,” he said.

Jordan added that he’d be good at it, and he wouldn’t let nerves freeze him up. Those who watch Family Feud know that Harvey likes to tease contestants, so a potential setup with Jordan would make for good banter.

Michael B. Jordan definitely wants kids in the future

Jordan and Harvey went Instagram official in January 2021, but the pair had been an item for months before taking things public. Steve Harvey is hoping that their union lasts, and Jordan is family-oriented though not in a rush.

During his promo run for the upcoming film, he chatted with Access Hollywood about his career and that People magazine cover. Host Zuri Hall noted that in 2013, Jordan was pegged as “one to watch” by the magazine.

Given how far he has come since then, she asked about his ambitions for the next seven years, and he spoke about making his family proud and wanting children. Jordan said he’d love to have a few kids running around by then.

Fans can catch Jordan in Without Remorse when it drops on Amazon Prime on April 30. He’s also reprising his role as Erik Kilmonger in Marvel’s What If…?, a TV series that’s due out later this year, and Creed III is in development.

And who knows, maybe viewers will see him in an episode of Celebrity Family Feud one day.

04/26/2021 Celebrity Comments Off on Michael B. Jordan Is Down to Go on 'Family Feud' With Lori Harvey's Dad
India