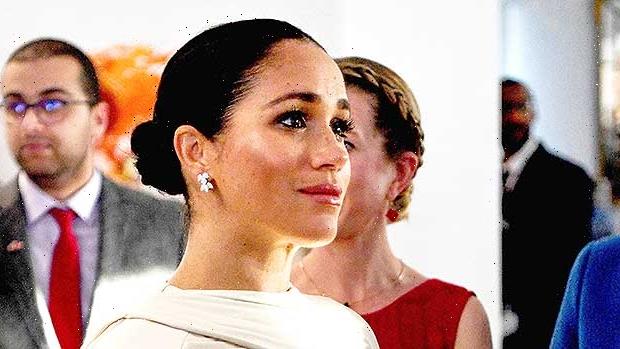 Prince Harry and Meghan Markle’s son Archie was looking so grown up on an outing with his pregnant mom! The toddler rocked his very own backpack in the sweet photos.

Prince Harry and Meghan Markle‘s son Archie, 1, is absolutely adorable! The pregnant Duchess of Sussex was seen carrying the toddler, who turns 2 on May 6, in Los Angeles in phots published by Page Six. Her baby bump was on full display as she seemingly made her way to a vehicle on Thursday, April 22, marking her first appearance since Prince Philip‘s funeral and Harry’s reported return home to California. Meghan was casual in a pair of raw wash maternity jeans and a black t-shirt, accessorizing with an olive colored anorak jacket by Cuyana, and a pair of Valentino‘s Ivory Roman Stud Leather Mules.

She was carrying a lunch kit with a space-themed graphic design by PlanetBox, as well as a pair of black sunglasses. Archie looked all ready for a day out with a green backpack, skinny jeans and a pair of velcro white Stan Smith sneakers by Adidas! He also sported a gray sweater, and accessorized with blue socks and a black beanie. Curious Archie appeared to be looking all around as his mom carried him, keeping her face covered with a face mask by Rothy’s. 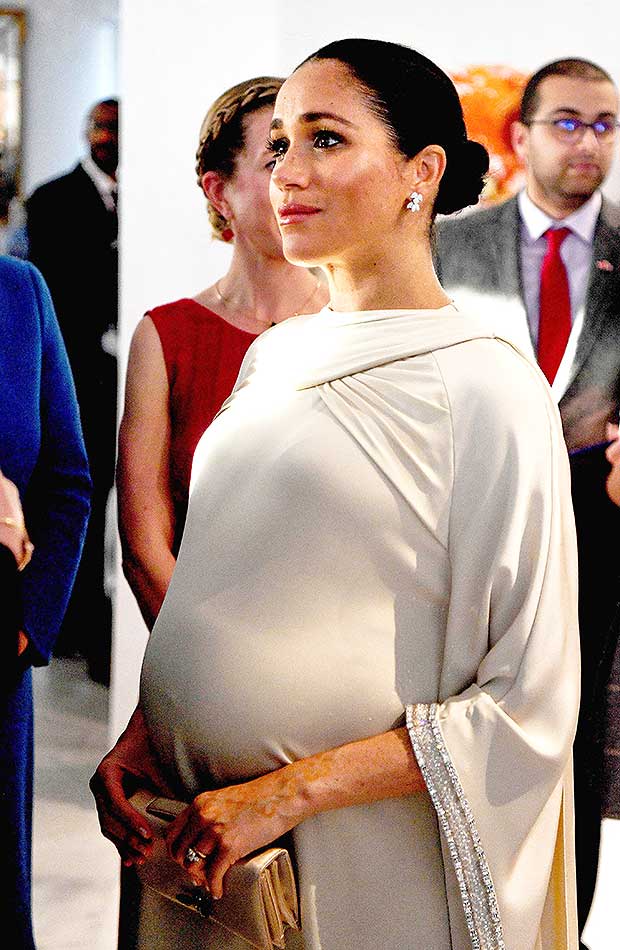 Meghan and Archie both remained in California for Prince Philip’s funeral, which was held at Windsor Castle in the United Kingdom on April 17, 2021. It was confirmed that Meghan was advised not to travel due to her pregnancy, which she and Harry announced on Valentine’s Day. “Thank you for your service … You will be greatly missed,” Harry and Meghan said in a joint statement via their Archewell Foundation. Despite not being there in person, Meghan reportedly watched the service from her Montecito home and sent a commissioned wreath by florist Willow Crossley. The wreath included the acanthus mollis to represent Philip’s Greek heritage, eryngium for his time in the Royal Marines, roses for his birth month of June and rosemary to represent remembrance.

Harry participated in the procession for his grandfather alongside his brother Prince William and father Prince Charles. His cousin Peter Phillips walked between Harry and William during the procession, however, the brothers were seen chatting and catching up after the 30 person service, which was subject to COVID restrictions.

Harry has since reportedly returned to California, flying on an American Airlines flight that landed in Los Angeles on Tuesday, April 20. The 36-year-old’s visit to the U.K. was his first since stepping back from his role as a senior royal over a year ago and his bombshell interview with Oprah Winfrey. Harry did not remain in the United Kingdom for his grandmother Queen Elizabeth’s 95th birthday on Wednesday, April 21.