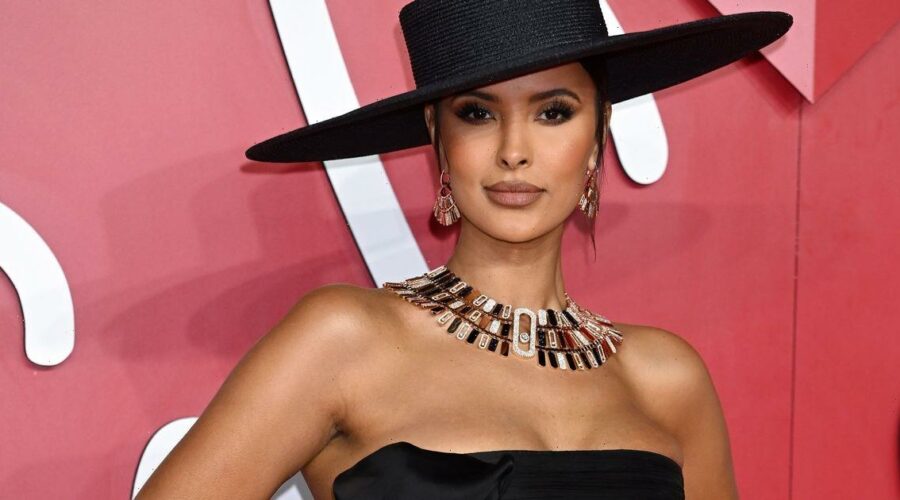 Love Island’s new host Maya Jama wowed on Monday night as she led the stars at the 2022 British Fashion Awards.

The presenter, 28, joined the likes of Florence Pugh, Naomi Campbell and Liam Payne – to name a few – at the star-studded event held at London's Royal Albert Hall.

Maya looked sensational as she wore a black strapless gown with a cut-out feature on the top and thigh-high slit on the skirt.

The star finished her look with statement jewellery, chic high heels and a wide-brimmed hat as she posed up a storm on the glamorous red carpet.

Elsewhere, legendary supermodel Naomi, 52, was also pictured on the red carpet wearing a stunning silver sequin wrap dress as she posed for photos.

Britain's Got Talent judge Amanda Holden was snapped alongside her lookalike model daughter Lexi, 16, as she opted for a red gown and Lexi donned a chic black dress.

The mother-daughter duo were all smiles as they posed next to one another on the red carpet, with both of them slicking their hair back into a sophisticated look.

One Direction’s Liam Payne debuted his new girlfriend, Kate Cassidy, and the couple kept it stylish in matching all-black ensembles.

Romeo Beckham, who was recently touched by his sister Harper’s handwritten note, attended the event with his on-off girlfriend Mia Regan.

Mia, 20, opted for an all-white mini dress comprised of feathers and what appeared to be beading, while Romeo, 20, slipped into a pair of Converse alongside his double-breasted grey suit.

Elsewhere, singer-songwriter Paloma Faith dressed in a nude-illusion dress as she posed on the red carpet.

Also on the red carpet was singer turned presenter Rochelle Humes, who strutted her stuff in a Celia Kritharioti dress that resembled an off-the-shoulder blazer with sparkly detailing.

Elsewhere, Rita Ora posed for pictures in a sheer red dress where she wore matching underwear underneath and matching coloured barely-there heeled sandals.

The singer opted for a dramatic make-up look as she had stick-on pieces of prosthetics placed around her eyes to give the illusion of bat wings or mermaid gills.