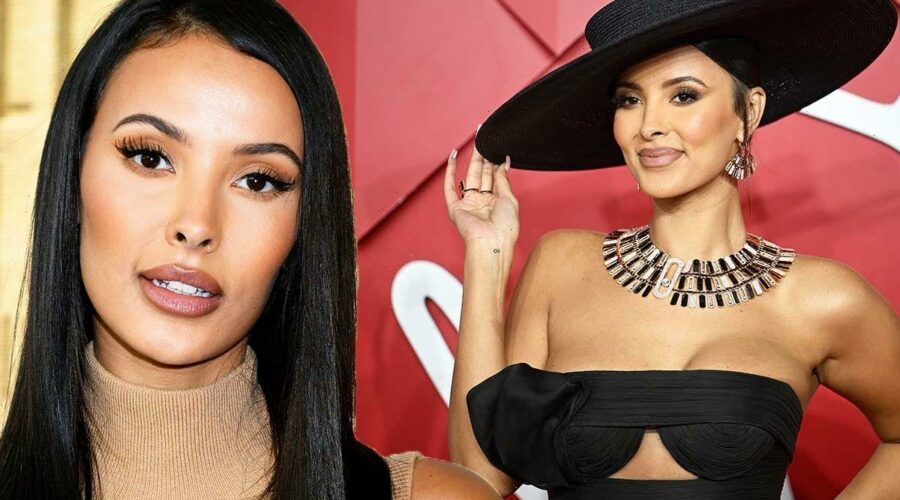 Maya Jama, 28, has spoken out on her new role as the Love Island host, after taking over from Laura Whitmore, 37. The presenter promised to be “as involved as I can” in delivering viewers all the inside details from the famous ITV dating show villa.

She said: ”My role is to deliver information and facts but, because I love it so much, I just want to be their best mate and be like, ‘Are you sure you really like that guy?’

“I’ll be as involved as I can,” Maya concluded in a new interview with Vogue.

Her comments come days before viewers took to social media to discuss the amount of airtime the new presenter was getting already.

According to some fans on Twitter, the radio presenter has been on screen more often than her predecessor in just a few episodes.

MissLSW added: “Maya’s already had more screen time in 1 episode than Laura did in 1 season.”

Aaron_Bumby tweeted: “I swear Maya Jama has already spent more time in the Villa than Laura Whitmore did for the whole of last season #loveisland.”

AaliyahCHarry typed: “Maya is doing her JOB. Two appearances in the first episode? She said you WILL see these looks. #LoveIsland.”

Maya took over as host from Laura, who announced she was stepping down from the role back in August.

Maya will also host the usual summer edition in Majorca later in the year.

In a first-look teaser released last month, she appeared with brunette wavy locks and wearing a glittery jumpsuit, seemingly adorned with a sketch of Cupid’s arrow.

Also featured was a pink velvet, bejewelled bucking bronco, with the new host ready to encourage those hoping to find their perfect match to “grab love by the horns”.

But Maya’s addition to the Love Island team is not the only shakeup ITV are introducing this year, as the broadcaster has put a series of safeguarding measures in place.

For the first time, contestants this series had to disable their social media accounts during their time on the show in a bid to protect both them and their families from online abuse.

Contestants also received “guidance and training” around “mutually respectful behaviour in relationships”, after the most recent series prompted thousands of complaints to broadcasting watchdog Ofcom.

Many of the complaints related to “alleged misogynistic and bullying behaviour” although they were not upheld.

The new measures have been introduced as part of ITV’s duty of care measures for 2023.

Islanders will continue to be offered “inclusive language” training covering disability, sexuality, race, and ethnicity, and microaggressions, introduced in May last year.

Dr Matthew Gould, a consultant chartered clinical psychologist who is also part of the duty of care team, explained why the new rules were necessary in the first place.

He said: “The enhanced safeguards introduced for Love Island 2023 demonstrate ITV’s commitment to evolve duty of care protocols to minimise harm, where possible.

“The bold decision to pause islanders’ social media activity during the new series is testament to ITV’s serious intent, especially as this input provides both a benefit to the appeal of the programme and a potential source of mental health problems.”