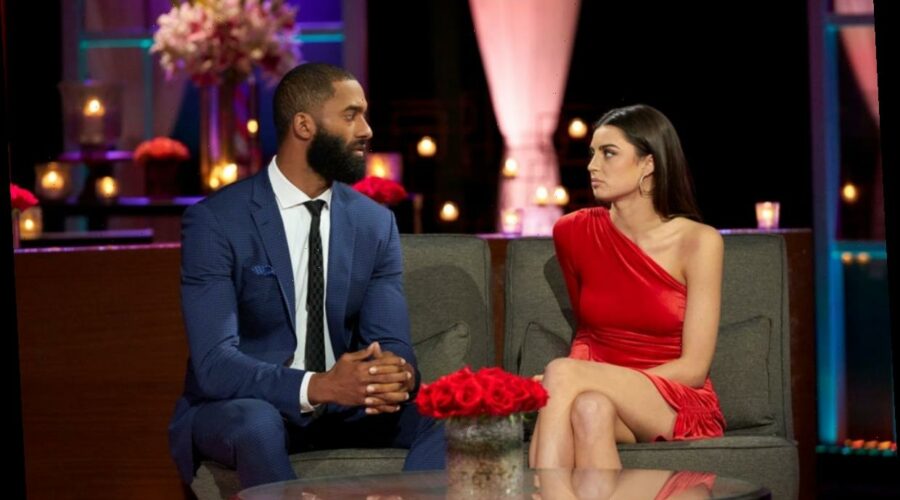 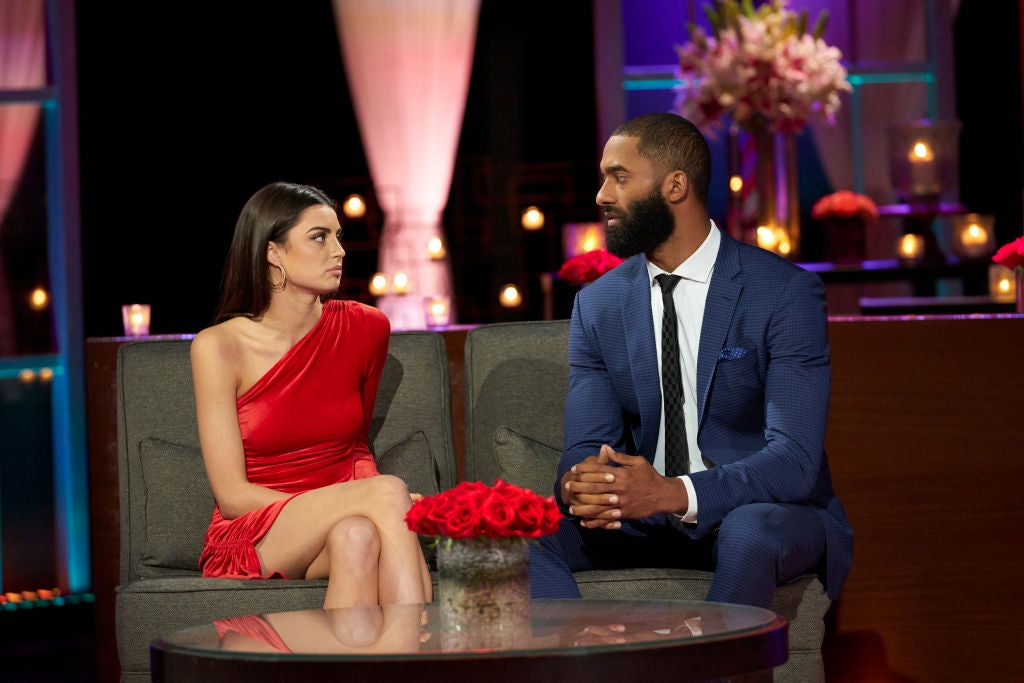 Fans thought two Bachelor stars might be getting back together after they reportedly met up in New York City, but despite how it may seem, Matt James and Rachael Kirkconnell reportedly aren’t dating again. And according to a source, the former Bachelor reportedly has no intentions of making Kirkconnell his girlfriend again following their split. "Matt and Rachael are not back together. They are working on building a friendship outside of the show and away from the noise," a source reportedly close to James claimed to Page Six on April 8, two days after their rumored reunion. "He is not ready to throw himself into a relationship right now."

According to Us Weekly, the pair reportedly met up in NYC after Kirkconnell took a trip there to "spend some time with friends." Once she arrived, Kirkconnell reportedly "reached out to Matt to see if he would be open to meeting with her," and apparently, he was. "They’ve been communicating this whole time," the source reportedly added. "And she’s been updating him on how she’s been educating herself."

Another source for Us Weekly reportedly claimed Kirkconnell is interested in reconciling things, but James isn’t so sure. "Her feelings for him never went away. She still loves him," the insider reportedly claiming, noting that James is reportedly "hesitant to take her back." The source reportedly added, "It seems like he just wants to be friends, but she wants to be in a serious relationship with him." Awkward.

After James gave Kirkconnell his final rose on The Bachelor, he returned home and learned about Kirkconnell’s past racially insensitive behavior, which resurfaced on social media not long after his season’s premiere. It wasn’t until "After the Final Rose" aired that fans learned the couple had broken up over the controversy.

"You hear things that are heartbreaking, and you just pray that they’re not true. And when you find out that they are, it just makes you question everything," James told guest host Emmanuel Acho during "AFTR." James noted that he had to give Kirkconnell some time to educate herself about race, which was a decision Kirkconnell said she understood.

"While I never expected this outcome, I respect his decision completely," she wrote on Instagram a few hours after news of their breakup became public. "Of course I wish circumstances were different, but I still feel blessed for the time we did have together and the memories we made."

Though it doesn’t sound like James is ready to date again just yet, here’s hoping he’ll eventually find his perfect match.