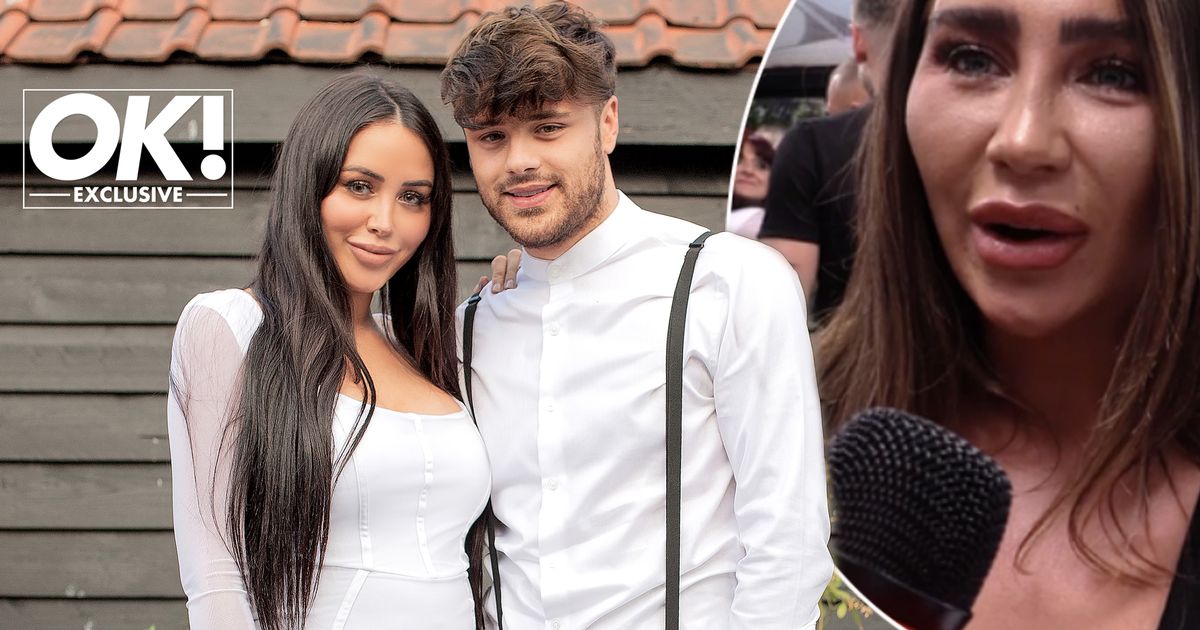 Marnie Simpson and Casey Johnson found out they are having a baby boy by hosting a lavish gender reveal party where they unveiled the happy news with their closest friends and family.

Also at the gorgeous party were other celebrity pals including Lauren Goodger and Bianca Gascoigne, who sent gushing messages to the mum-to-be.

TOWIE beauty Lauren said: “She text me to say she was pregnant and I was like ‘Oh my god’. But I knew it was a boy, I knew she was having a boy. I could tell. I literally look at people’s bodies and I know. I’m just so happy for her.”

Sophie, who is also Marnie’s cousin said: "She’s probably the closest thing I’m ever going to get to a sister.

“And the fact that she’s just announced that she’s having a baby boy – I’m so happy for her."

Bianca told OK! magazine of her friend: “I think Marnie is going to be a fantastic mum. I’ve known her for years and years and I know she has always wanted to be a mum. I just couldn’t be happier for her.”

Before the big reveal that Marnie is going to welcome a baby boy, Geordie Shore’s Nathan and Holly excitedly predicted the gender.

Nathan said: “Firstly congratulations on having a baby. I hope it’s a boy, Holly hopes it a girl.

“But no matter what it is, it’s going to be loved by everyone here."

Holly added: "And they’ve got another family haven’t they.”

Chloe Ferry said: “I’ve never ever been to a gender reveal, so I cannot tell you how excited I am.

“I wish that I was popping the balloon even though it’s not even about me! But I’ve never been to one before – hopefully it’s a girl!”

Marnie’s mum correctly predicted that she would be welcoming a grandson, as she said: “I’m just so excited tonight – girl or boy, we are going to find out tonight. I personally think it’s a boy!”

Read the full interview, and see the amazing pictures, in this week’s OK! magazine, out nationwide Tuesday.