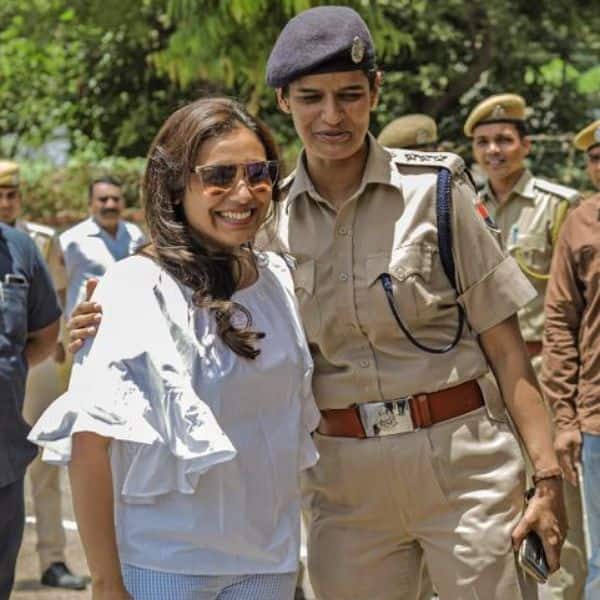 Rani Mukerji has been literally sweating it out in Rajasthan as the shooting for her next, Mardaani 2, is underway. But the actress was in for a sweet gesture by the Kota police when she received an invitation to meet the police force and their families at an informal gathering. Rani even had the opportunity to meet the top female cop of the city, Dr. Amrita Duhan, the Assistant Superintendent of Police and was very delighted to say the least. And it is very evident from the pictures that the actress along with the Kota police and their families had a great time. Have a look for yourself: 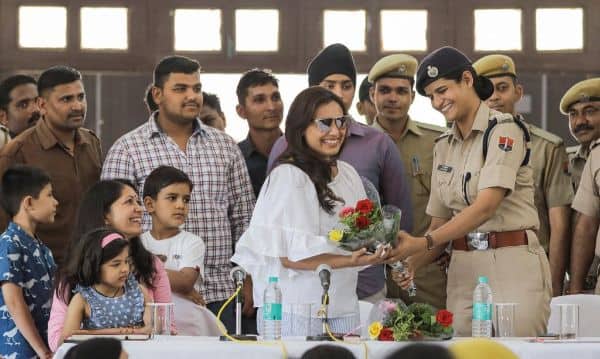 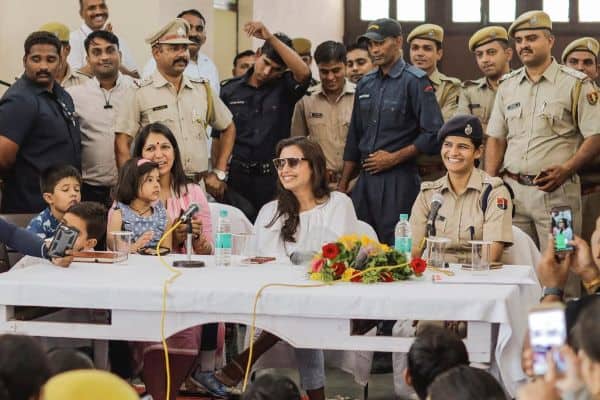 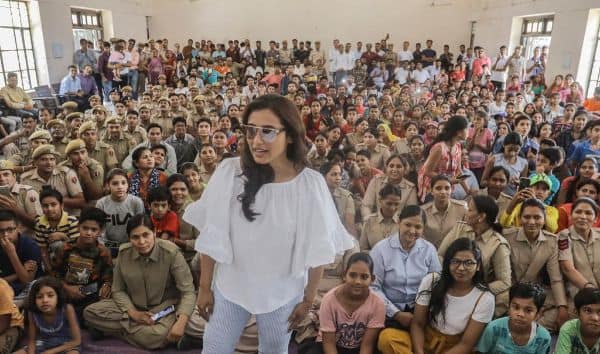 A source informs that about 300 police officers and their families were present at the event. “Rani was thrilled to meet the female top cop of Kota who welcomed her to the gathering and also presided over the super interactive session with the city cops,” the source revealed. The actress is said to have spent about an hour at the gathering and made sure to thank the Kota police for their incredible support during the filming of Mardaani 2. She assured every one that the film would make each and every police officer in Rajasthan, as well as in India, proud. Rani also said that the film was a dedication to all the women police officers of the country who work tirelessly and courageously to safeguard law and order and protect the innocent.

After busting a child trafficking racket in the prequel of the film titled Mardaani, Mardaani 2 sees Rani reprising the role of the fearless and committed Superintendent of Police, Shivani Shivaji Roy. while it is not confirmed who will play the villain in this sequel, or what crime will Rani solve, the film is being much anticipated. Produced by Aditya Chopra, this will be Rani’s next release after Hichki. Mardaani 2 marks the directorial debut of Gopi Puthran, the writer of the first Mardaani film.

05/22/2019 Celebrity Comments Off on Mardaani 2: Rani Mukerji catching up with the Kota police during the shoot is a heartwarming sight – view pics | Bollywood Life
India