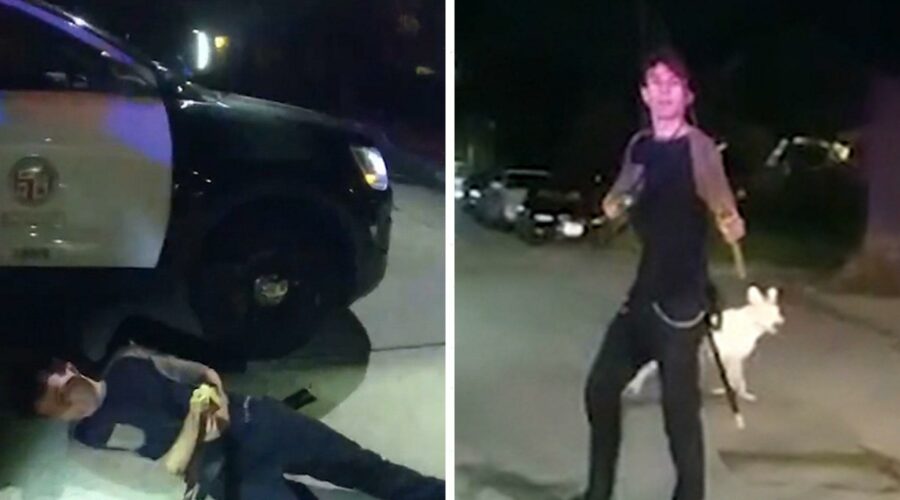 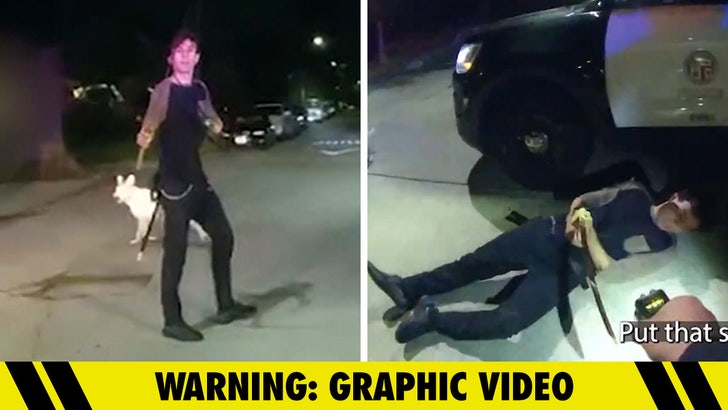 If there weren’t enough proof the world has gone crazy and mental health is a critical issue for our survival … check out this horrific story of a 23-year-old who allegedly stabbed his mother and dog with a samurai sword before he was Tased by police.

It happened Tuesday night in L.A. … Eric Herrera is seen on video dazed, holding the sword as police implore him to drop it. In short order, a cop Tasers Herrera, and you see him fall to the ground. 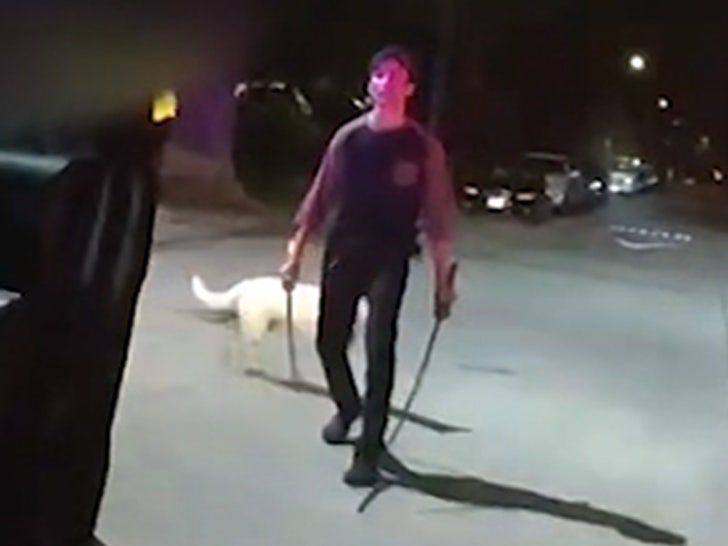 Neighbors say the scene looked like it was right out of a horror movie, as they watched it all unfold. One neighbor says it appeared Herrera was in the midst of a mental health crisis.

The woman was pleading for help, screaming, “I’m your mother!”

There are conflicting reports about the fate of the family dog. The most recent report is that the dog seems to have survived the attack, but that’s unconfirmed. 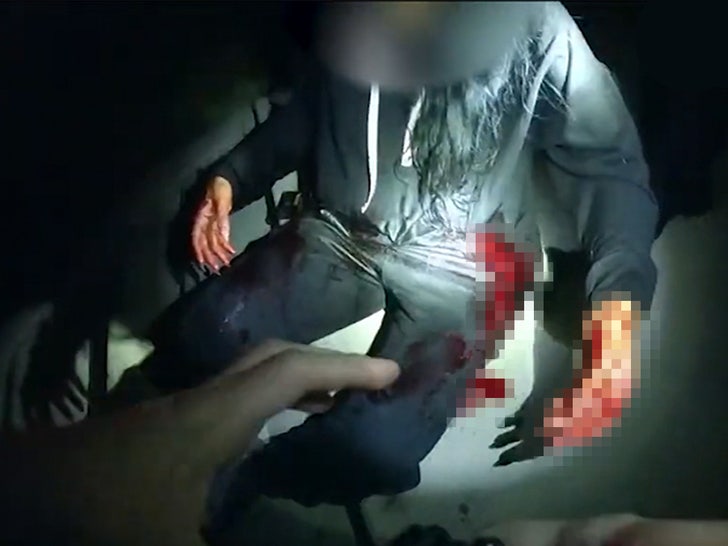 The mother’s condition has not been released, but KTLA says a relative told the outlet the woman is in stable condition.

As for Herrera, he’s in custody and his bail has been set at $1 million.