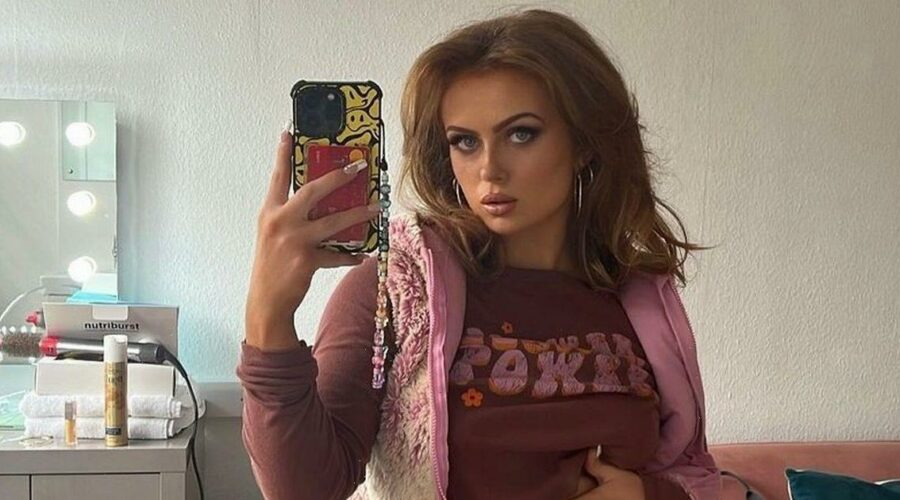 Maisie Smith looked incredible as she flaunted her washboard abs and muscular figure during a sweaty gym session ahead of her Celebrity SAS: Who Dares Wins debut on Channel 4.

The former EastEnders actress, 21 took to Instagram stories to update her followers about her latest TV venture.

In a post which showed her gym-honed body, Maisie wrote "Sweaty one tonight” as she pouted toward the camera.

Wearing her gorgeous locks in a slick bun, the star took a mirror selfie while sporting cycling shorts and a striped Bantu top along with white trainers.

The young starlet appeared to have lifted weights as the fierce shot showed a number of different size dumbells in the background.

This year's Celeb SAS series has already been filmed and will debut next month. Fitness fanatic Maisie swapped one gruelling project for another though, as she's now taking part in the Strictly Ballroom tour.

The SAS series will see Maisie join a host of celebrities to be put through their paces in the heat of the Jordanian desert.

Maisie said: "I've seen the show before and I really wanted to put my mental strength to the test.

"I've always pushed myself but this was beyond limits I didn't even know I had. It was the best experience of my life."

The original SAS: Who Dares Wins sees civilians put through military training exercises to test their physical and mental strength, and the celebrity spin-off launched in 2019. This year's Celeb series will be the longest yet with seven 60-minute episodes.

Other famous faces taking part include Ashley Cain, whose daughter Azaylia died of leukaemia in April last year at the age of eight months. He said: "Losing my daughter was the most difficult experience of my life.

"I think to combat trauma you need to step outside your comfort zone and see who you really are. There’s no better way to do that than on Celebrity SAS: Who Dares Wins, so when the opportunity came, I took it with both hands!"