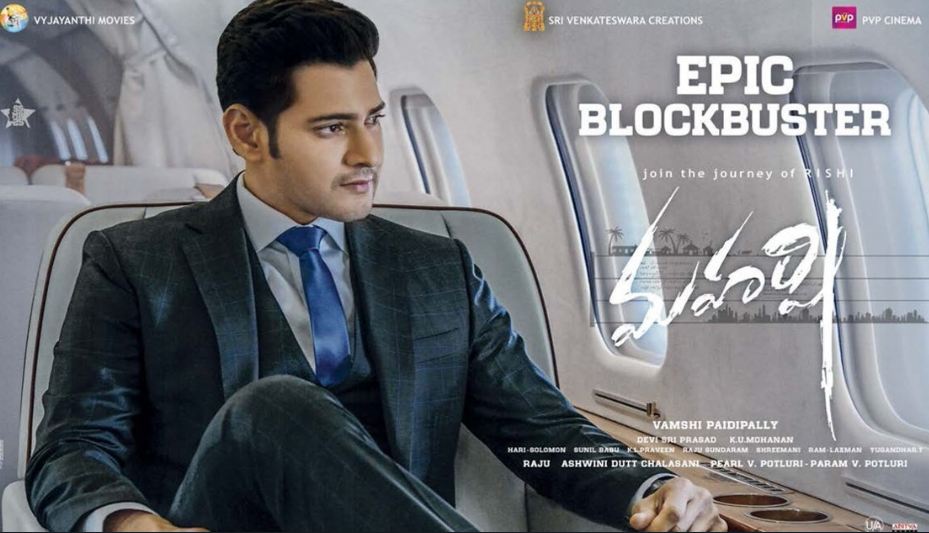 Mahesh Babu, Pooja Hegde and Allari Naresh starrer Maharshi, directed by Vamsi Paidipally is turning out commercially flop at the box office of USA. Though Maharshi is doing fantastic collections in Telugu States but it is going to turn out flop in USA. The film, based on the struggle of farmers, has not picked up collections in its second weekend at USA box-office. The movie has earned $1.74 million and the traders are expecting that Maharshi may touch $1.8 million mark by the end of its total run. It means USA distributor are going to lose about Rs 2 Cr.

According to the traders, like Brahmotsavam and Spyder, Maharshi will also be flop in USA. In 2017, Telugu Superstar Mahesh Babu suffered a big setback when the Tamil-Telugu bilingual Spyder, directed by AR Murugadoss bombed at the box office while failing to impress fans.
‘Maharshi’ is Mahesh Babu’s 25th film and this is the first time, he worked with director Vamsi Paidipally and actress Pooja Hegde. It is bankrolled by Dil Raju, C. Ashwini Dutt, and Prasad V. Potluri through their production companies Sri Venkateswara Creations, Vyjayanthi Movies, and PVP Cinema. In Nizam area, Maharshi has already crosses Rs 25 Cr shares and once again Mahesh Babu has proved that he is the King of Nizam.

05/21/2019 Celebrity Comments Off on Maharshi, one more flop for Mahesh Babu
India