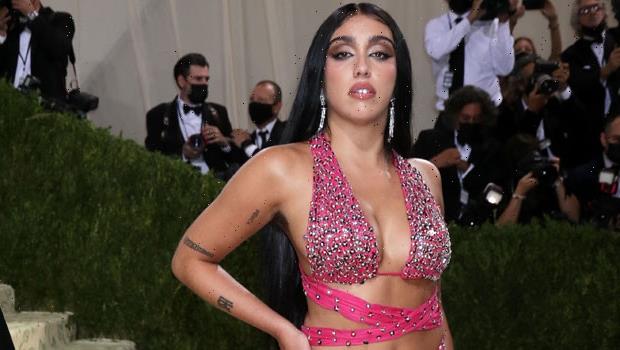 Lourdes Leon rocked a super sexy strapless bustier top as she shared the throwback childhood photo from the 2003 MTV VMAs.

Lourdes Leon, 25, shared the sweetest throwback photo with Britney Spears, 40. Madonna‘s eldest daughter sizzled in a leather bustier top as she held up the gem, which appeared to be taken at the 2003 MTV Video Music Awards when her mom performed with the “Toxic” singer (and the iconic kiss took place between the two on-stage). Britney, then just 22, leaned down to pose with adorable Lourdes, who would have been about seven years old at the time.

The Crossroads actress was wearing the white mini “wedding dress” she wore on-stage, alongside layers of pearl necklaces. Lourdes also wore white for the occasion, copying her mom’s controversial 1984 wedding-inspired look with the “Boy Toy” belt as well as a big white bow! The 25-year-old shared the image, which was in a heart-shaped frame, in support of Britney via Instagram on Saturday, Jan. 8. She simply wrote the word “solidarity” and tagged the pop star.

Lourdes didn’t share a location, but the selfie image of her alongside the old photo was presumably taken at her or her mom’s home. The raven-haired model glowed as she showed off the brown-and-white cow print of her top, as well as the butterfly tattoos just above her chest. She appeared to be wearing light, neutral makeup — consisting of brown matte eye shadow and a nude lip — for the snap, which also showcased her bold, laminated eyebrows. Finally, she finished her look with a nose stud piercing, large hoop earrings and a gold butterfly necklace.

It’s no surprise to see Lourdes sharing a public post in support of Britney, particularly given her mom’s close relationship with the “Oops!…I Did It Again” singer. Beyond the VMA performance, Madonna also appeared as a featured guest on Brit’s 2003 song “Me Against The Music,” which served as the lead single from In The Zone (also remixed on the album by Rishi Rich). The two teamed up once again to shoot the sexy and controversial music video. 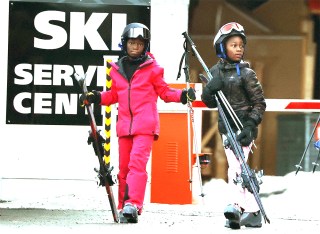 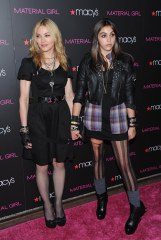 Amid Britney’s conservatorship battle, Madonna spoke out in support of Britney just four months before the legal arrangement was tossed for good. “Give this woman her life back. Slavery was abolished so long ago! Death to the greedy patriarchy that has been doing this to women for centuries,” Madonna wrote via Instagram in July. “This is a violation of human rights! Britney we coming to get you out of jail!” Britney finally won the case to end her conservatorship in November 2021.