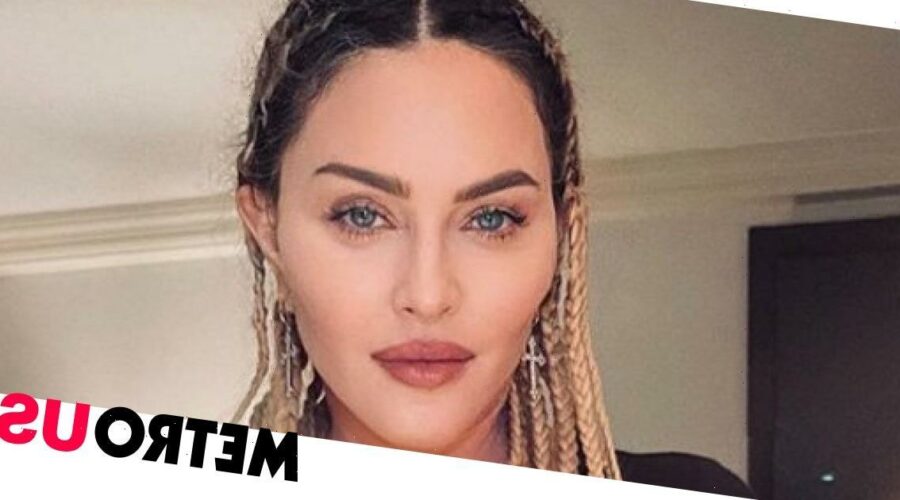 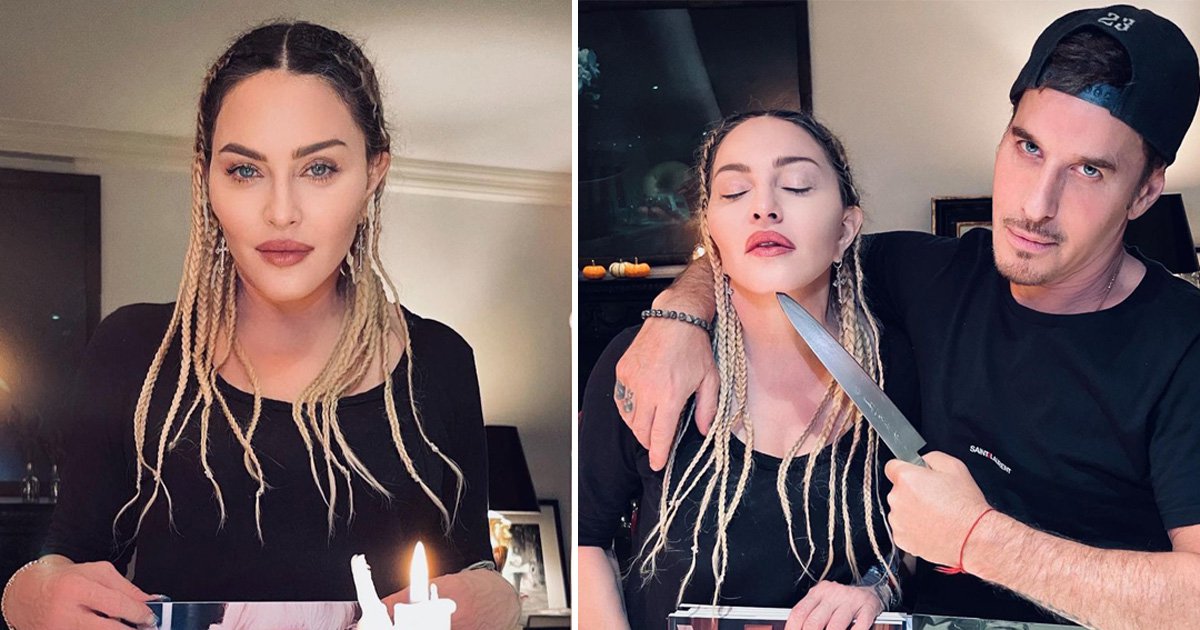 Madonna has come under intense fire for her latest Instagram post, as she unveiled a new photoshoot.

Shortly after some drama surrounding the Hung Up singer’s house, she was met with controversy when she opened up about her collaboration with Steven Klein, explaining that some people worked for ‘free’ behind the scenes.

In one photo, the 63-year-old posed with the photographer holding a knife to her neck, with many calling out the mini-photoshoot.

‘Proud of my collaboration with @stevenkleinstudio For @vmagazine and knowing that against all odds And with very little support from non artistic people who kept pushing back and the fact that we did it with almost zero budget we were still able to make ART,’ she wrote alongside the post,

‘Art is not dead if you have the strength to fight for what you believe in!!

‘Thanks to all who did support us and slept on couches and worked long hours and for free all to support madame who is not only here to disturb the peace but to keep Art alive I send you all a BIG kiss! #MadameX [sic].’

Fans quickly flooded the post with questions over Madonna didn’t fund the project herself instead of having staff work long hours and for no wage.

‘The definition of exploitation = People working for you for free in the name of “art”,’ one commented.

Another replied: ‘Worked for free??? Why didn’t you Pay them yourself? Are you short on cash or something?’

‘Girl you got the money PAY THE ARTISTS “worked long hours for free”….I cannot,’ a follower penned.

While many others questioned why the award-winning singer included the knife picture in with the selection, as an Instagram user said: ‘Madonna PLEASE do not pose with a person holding a knife to your throat – this is NOT a photo op – this is really bad!!!’

‘Shocked by picture of knife to throat, so wrong, your a great artist but you have made a huge mistake here [sic],’ an unimpressed fan responded.

‘Switch on your brain. All the women suffering abuse and being murdered, and what you post is a knife to your throat. Disgusting message,’ one fumed.

As a follower added: ‘I hope Madonna is ok. She doesn’t seem the same these days. I really don’t see the art in the knife to the throat.’

Madonna has yet to address the controversy publicly, with the pictures still visible on her Instagram page.

Speaking in her interview with V Magazine – via Daily Mail – the Like A Virgin singer opened up about cancel culture, branding it ‘frightening’.

‘The censoring that’s going on in the world right now, that’s pretty frightening. No one’s allowed to speak their mind right now,’ she told the publication.

‘No one’s allowed to say what they really think about things for fear of being canceled.

‘In cancel culture, disturbing the peace is probably an act of treason. The thing is the quieter you get, the more fearful you get, the more dangerous anything is. We’re giving it power by shutting the f**k up completely.’