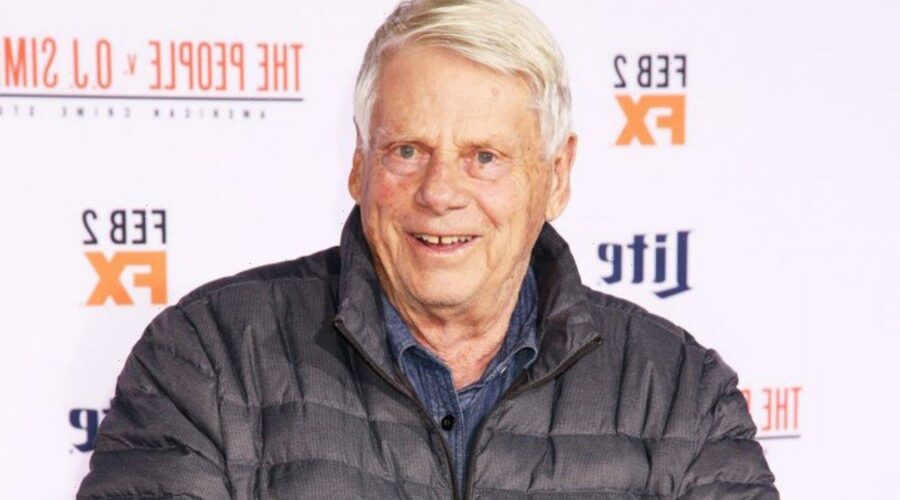 The Tony-award winning actor, who rose to fame through Broadway show ‘How to Succeed in Business Without Really Trying’, takes his last breath after suffering a short illness as revealed by his agent.

AceShowbiz -Entertainment industry is grieving for another one of its superstars yet again. Robert Morse, the actor famous for portraying Bertram Cooper on “Mad Men“, has passed away at the age of 90.

Robert’s agent David Shaul confirmed that the prominent star died peacefully at home after a short illness. However, the agent did not disclose the exact cause of death. He further shared that there would not be any public memorial for the actor.

In memory of the Tony-award winning actor, writer and producer Larry Karaszewski expressed his condolences. Posting an Instagram picture of the two of them, he wrote in the caption, “My good pal Bobby Morse has passed away at age 90. A huge talent and a beautiful spirit. Sending love to his son Charlie & daughter Allyn. Had so much fun hanging with Bobby over the years – filming People v OJ & hosting so many screenings (‘How To Succeed’, ‘Loved One’, ‘That’s Life’).”

Robert was born on May 18, 1931, in Newton, Massachusetts. He rose to fame when he took on a role in a musical comedy “How to Succeed in Business Without Really Trying” in 1961. The Broadway play also landed him his first Tony Award in 1962. He reprised his acclaimed role when the play was adapted into a movie in 1967.

Robert continued to receive many prestigious awards throughout his career. He won another Tony in 1990 for his role in his one-man show “Tru”. It ran on Broadway for 297 performances from 1989 until 1990, and was adapted for PBS’ “American Playhouse” which earned the actor an Emmy Award in 1993.

The father of five starred on AMC’s series “Mad Men” from 2007 to 2015. He was nominated five times for the Emmys for his role as Bertram Cooper on the series. He was part of the show’s cast when it won an SAG Award for the Outstanding Performance by an Ensemble in a Drama Series category in 2010.