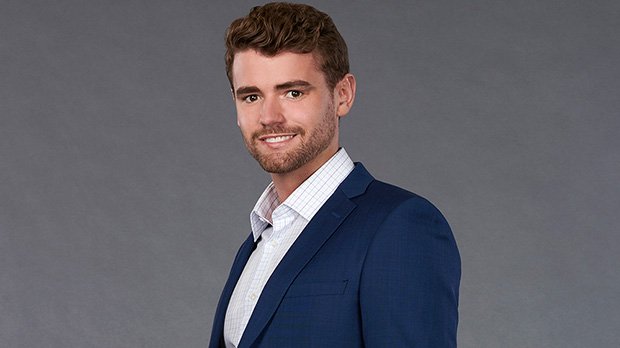 Luke Parker has already caused tension on this season of ‘The Bachelorette,’ and during the June 3 episode, he’ll get into it with Luke Stone, who’s managed to avoid the drama…until now!

A preview for the June 3 episode of The Bachelorette shows Luke Stone and Luke Parker exchanging some words during the cocktail party. Luke S. calls Luke P. “terrifying” during the fight, and it’s clear that they do NOT see eye-to-eye. Luke S. was one of the five guys Hannah met during After the Final Rose in March, and fans couldn’t get over how much he looks like Nick Viall. However, on the first three episodes of The Bachelorette, he hasn’t gotten much screen time — but that seems like it will change during this week’s episode! Here’s more to know about Luke:

1. He’s college educated and well-rounded. Luke graduated from George Washington University in 2013. He received his Bachelor’s Degree in Political Science and Art History. During his time at the school, he was a member of the varsity rowing team, and a member of the Sigma Chi fraternity, where he served as the fraternity social chair. He stayed in Washington D.C. to work after college, despite being from Massachusetts.

2. He’s a political consultant. Luke has worked at Fraioli & Associates, a political consulting firm dedicated to electing Democrats, as a fundraising consultant since Nov. 2018. Before that, he was a Regulatory and Legislative Analyst at StateScape from 2016-2018. From 2014-2016, he was a Staff Assistant for the U.S. House of Representatives. He also interned at Manatos & Manatos and Merill Lynch during his college years.

3. He works part-time as a waiter. When he’s not grinding in the office, Luke has a part-time job as a waiter at a D.C. bar called Stoney’s.

5. He’s inspired to find true love by his grandparents. Not many people find it realistic to get engaged as quickly as people do on The Bachelorette, but Luke has a real-life example that proved a fast pace CAN work out — his grandparents got engaged after just three weeks of dating and were married for 70 years afterward!

06/03/2019 Celebrity Comments Off on Luke Stone: 5 Things About ‘The Bachelorette’ Contestant Who Feuds With Luke P.
India