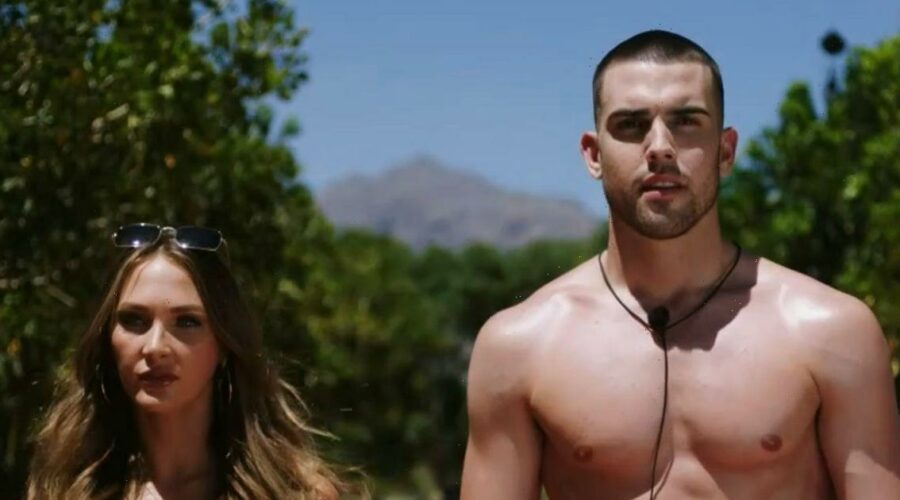 Bombshells Aaron Waters and Jessie Wynter looked very different during their times on the Australian version of the hit dating programme Love Island.

Jessie, who recently enjoyed a date with farmer Will after making her entrance, first appeared on screens Down Under on season 2 of the show, where she sported a honey blonde wavy 'do with a golden tan.

She opted to wear minimal make up for her time on the Aussie version, too. Where as she now has a darker look with brunette locks and long black eyelashes.

During her time on there, the 26 year old didn't have an easy time finding a partner as she was first coupled up with Maurice Salib before getting together with Eoghan Murphy. She then got together with Gerard Majda.

She left the villa with Todd Elton, but the pair went their separate ways on the outside in February 2020.

At the time, she explained: “I’d been on the show for quite some time before he came on, so I feel like the relationship was slightly unbalanced in that way – he knew a lot more about me than I knew about him.

“When we got out of the Villa I thought everything was great and fun, however I just don’t think we were both on the same page.”

Meanwhile, Aaron, 24, appeared on the third season of the show. Instead of the dark hair viewers in the UK are used to seeing him with here, he had a bleach blonde short 'do.

Model Aaron, who recently shared a peak into his life off screen, made it the final of the show with his partner at the time, Jess Velkovsk.

After a series of rows in the lead up to the end of the programme, the pair decided to go their separate ways just days after returning home. Aaron revealed the news during a fan Q&A a month later.

Speaking about going into the UK version of the show, Aaron said: “It was divine timing, I think it is the perfect opportunity for me to finally meet someone.”

He added: “Besides being an Aussie, I’m different to most because I have a sense of awareness of who I am and what I’m looking for.

"When I’m talking to girls it’s not on a surface level, I can dive deeper to try and build a connection.”

While Jessie said: “I’m single and have been for quite some time! I’m very lucky to live the life I lead, but it does get a bit lonely.

"All of my friends are settling down, and it’s time for me to do the same. The last time I had a relationship, it was in the Love Island Australia Villa – so let’s go!”