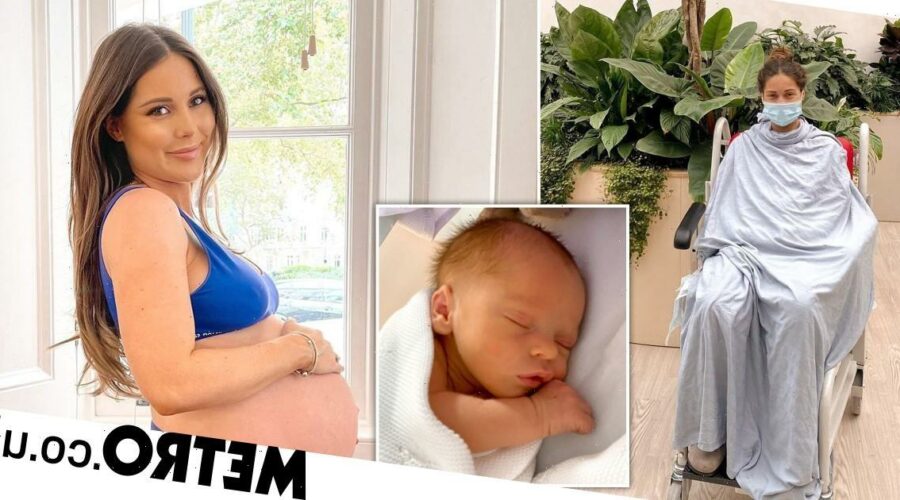 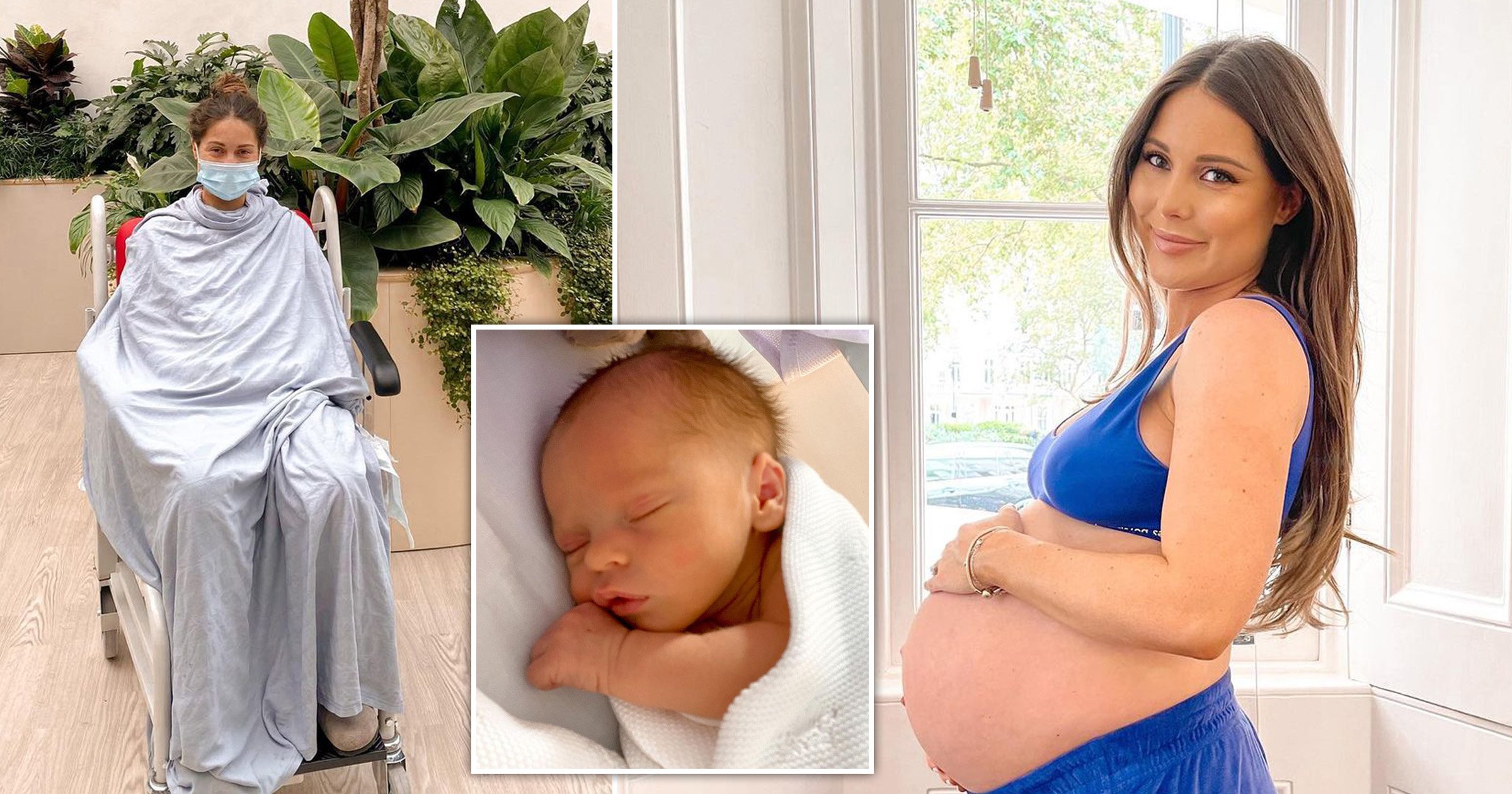 Louise Thompson has taken to Instagram to thank the doctors and nurses who work tirelessly over the Christmas period after sharing her difficult birth experience.

The Made in Chelsea star, 31, gave birth to her first child – son Leo – five weeks ago, but remained in hospital for a month with ‘various serious complications’.

She took to Instagram on Christmas Day to share a photo of herself in a wheelchair with a surgical mask on and draped in a hospital blanket as she shared her appreciation for the staff that would be working across the festive season.

Louise told her followers that her Christmas plans had been changed after family members tested positive for coronavirus, adding: ‘It certainly wasn’t the Christmas that we had planned, but then again neither were the last three and I’m still feeling overwhelmingly blessed to be at home and in my little bubble.

‘My experience has got me thinking a lot about this time of the year, especially thinking about all those people that work on Christmas Eve, Christmas Day, Boxing Day, New Years Eve etc.

‘Those are days that most people spend celebrating at home with friends/family/loved ones, but others make a sacrifice for the greater good. It is a necessary sacrifice, but not everyone could do it. A 12 hour shift all through the day or night is admirable on a regular day, let alone on Christmas Day or tonight.

‘I guess I think about it a lot more now because I know and care about a bunch of the ladies who have committed to working today but also because one of my ongoing fears is ending up in the back of an ambulance on an evening where they might be short staffed. Honestly where would we be without the NHS? I know where I would be.’

Louise revealed she had planned to return to the hospital with cards and gifts for some of the staff she had grown ‘pretty close’ to during her stay, but was told it wasn’t safe for her to go in.

She added: ‘I will find a way to say thank you soon. (This photo was taken by one of the girls who kindly wheeled me up to the sky garden when I was able to move for the first time in ages – i cried buckets).

‘For now I want to say a big thank you to anyone who happens to be reading this who works for our NHS.

‘I want to thank the room full of people who worked through the night to save my life. Many of them were called in from their family homes at an unearthly hour.’

Louise concluded: ‘To the midwives, nurses, registrars, doctors, consultants, housekeepers, cleaners, cooks, support workers, and not to forget the porters who have to move bodies behind the scenes.

‘I even want to thank the students who’s ears I chewed off, for choosing such a long (and necessary) journey of education (how on earth do they know what they want to do so young – impressive). Wishing you the best. Lots of love, L x.’

Louise and her fiancé Ryan Libbey had had a difficult time during the pregnancy as well as the birth, as their home was damaged in a fire in October after a faulty fridge exploded.

Thankfully, Louise, her mother, Ryan and the family’s dogs were all able to escape unharmed but were left moving from place to place and living out of their car as the home was uninhabitable.