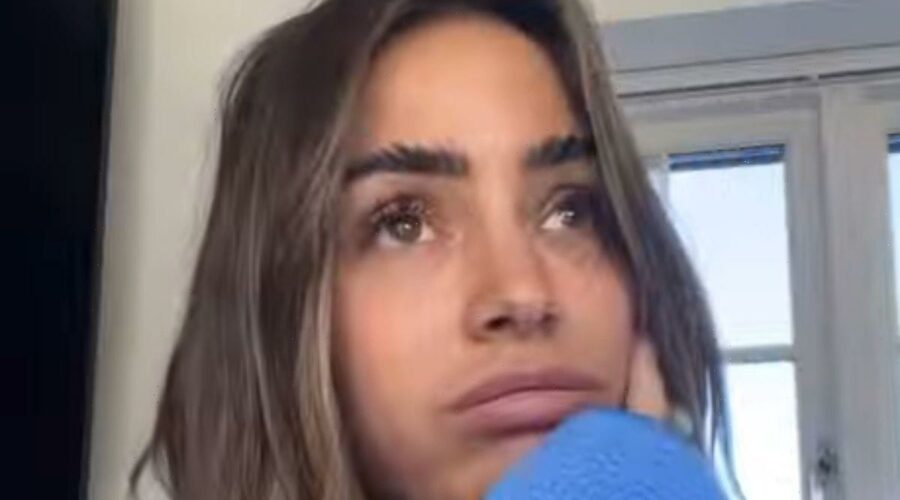 Frankie Bridge on her struggles with eating and body image

Frankie Bridge, 33, has bravely admitted that beneath her glamorous exterior, she has secretly been unhealthily obsessive about food and now needs to “retrain” her brain against the belief that carbs are “the devil”. She candidly revealed that she always felt proud of herself every time she went to bed hungry, but that her need to control her caloric intake has left her feeling exhausted and more like 100 years old than 33.

The traumatised The Saturdays singer and Loose Women star was close to tears as she opened up about her therapy sessions, and she blasted the resurfacing trend of “heroin chic” that she believes is causing disordered eating among others too.

“[Restricting my eating] has been a dirty little secret for so many years and my way of finding a form of control,” she admitted via Instagram.

“I don’t think I was ready to give that up yet… [so] every time [a] therapy session [was] coming up, I would think of ways to try and cancel it, which is ridiculous.”

“There’s such a sense of shame around food – especially talking about it. It didn’t sit right with me,” Frankie told her 1.5 million followers.

She admitted that she felt “shame” and “embarrassment” over her therapist’s request that she keep a food diary documenting what she eats.

“Last time she asked me to do a food diary was when I kind of bowed out and never booked another session in!

“I’ve had therapy for years about depression, anxiety, talking about really personal things, but for some reason, talking about food and weight seems so much harder for me,” she continued.

The Sunday Times bestseller added that she was “constantly” plotting ways to restrict her intake, and had categorised food into good and bad groups, believing that carbs were akin to the devil.

“Is there any wonder heroin chic is back? Everyone’s gotta be skinny again,” she lamented, referring to the 1990s trend in the fashion world.

“When I was younger, if someone asked me if I was unwell because I was so skinny, it felt like I’d won – and if I go to bed and I feel hungry, I feel proud of myself,” she shared.

“It’s just from that 90s mentality that is inbred into me and it’s going to be so hard to kind of get that out of me and retrain.”

However, she confessed that the food diary – which she has finally attempted to start doing – has helped her refocus her thoughts.

“When I see it written down, I’m like, of course I’m eating like an absolute idiot!” she explained.

“I never realised I have at least five to six hours between eating [each meal] and then I’m starving, so I reach for the easiest thing which will be something that’s not nutritious, or carbs that I’ve been told for so many years since the Atkins diet that I’m not supposed to eat because it’s the devil… lots of things for me to relearn and retrain my brain.”

Frankie added that she had been fearful of speaking out about her disordered eating, as she felt others around her would “judge” her for it.

She also suffers from polycystic ovary syndrome (PCOS), meaning that keeping her blood sugar levels in check is imperative for her – and yet restricting food still “takes up so much brain power throughout the day”.

Frankie admitted that she constantly feels “shattered” due to her lifestyle.

“Of course what I eat or don’t eat in a day is going to make a massive difference – I would love to be helping my mental health instead of just relying on medication,” she concluded.

“And I would love to have more energy instead of always complaining that I’m tired at the age of 33, because sometimes I feel like I’m 100!”

The star had previously worn a Glamour Award for being a Mental Health Gamechanger after opening up about depression, and is keen to raise awareness of these issues.

If you’re worried about your health or the health of somebody else, you can contact SEED eating disorder support service on 01482 718130 or on their website. https://seedeatingdisorders.org.uk/