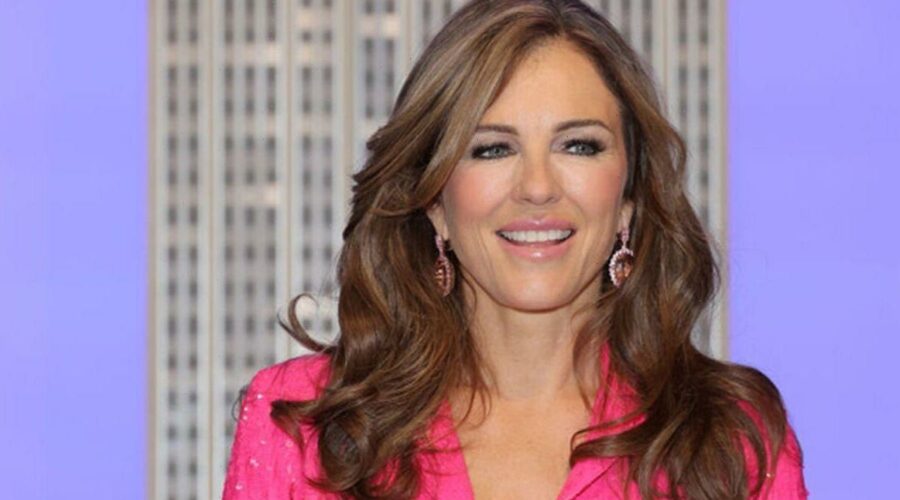 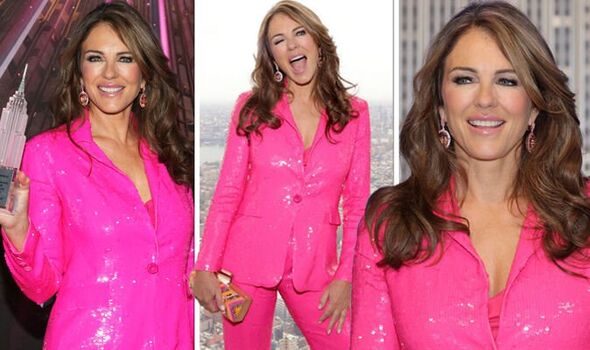 Liz Hurley, 57, dedicated her attire to breast cancer’s charity colour as she sported a sequinned neon pink blazer suit which she teamed with a pair of pink heels.

Liz posed for a series of photos inside The Empire State Building in honor of The Estée Lauder Companies Breast Cancer Campaign held in New York City yesterday.

The mum-of-one appeared to be in high spirits as she teamed her outfit with a vest top and accompanied her look with a multicoloured clutch bag.

Her brunette tresses hung in big waves as they cascaded down her shoulders and she added a pair of silver hoop earrings to finish her glamourous look.

Liz accentuated her stunning features with dark eye makeup and added pink blush and a light gloss to her lips. 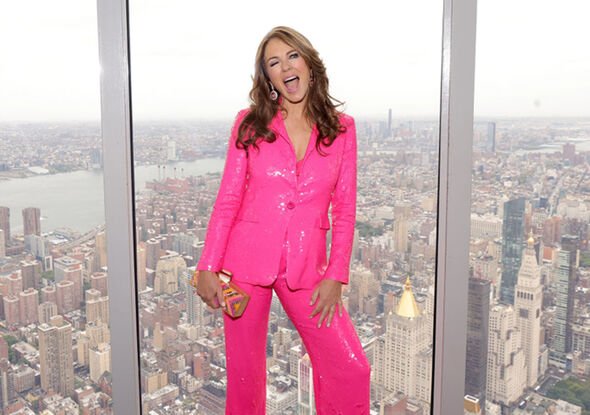 Liz Hurley posed for photos inside the Empire State Building

Liz Hurley gave a cheeky wink to the cameras as the age-defying beauty posed in front of the glass panel window which overlooked the picturesque skyline of New York City. 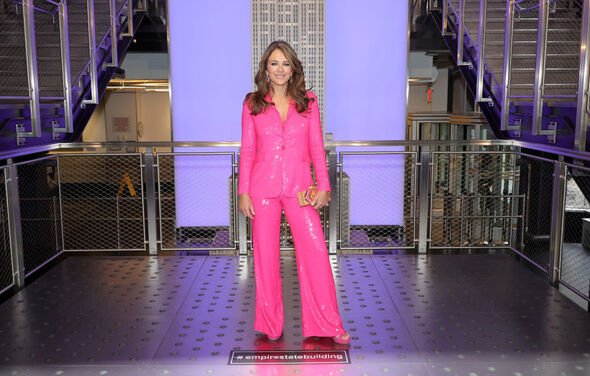 Liz Hurley opted for an all pink outfit for the occasion

The mum-of-one appeared to be in high spirits as she teamed her outfit with a vest top and accompanied her look with a multicoloured clutch bag. 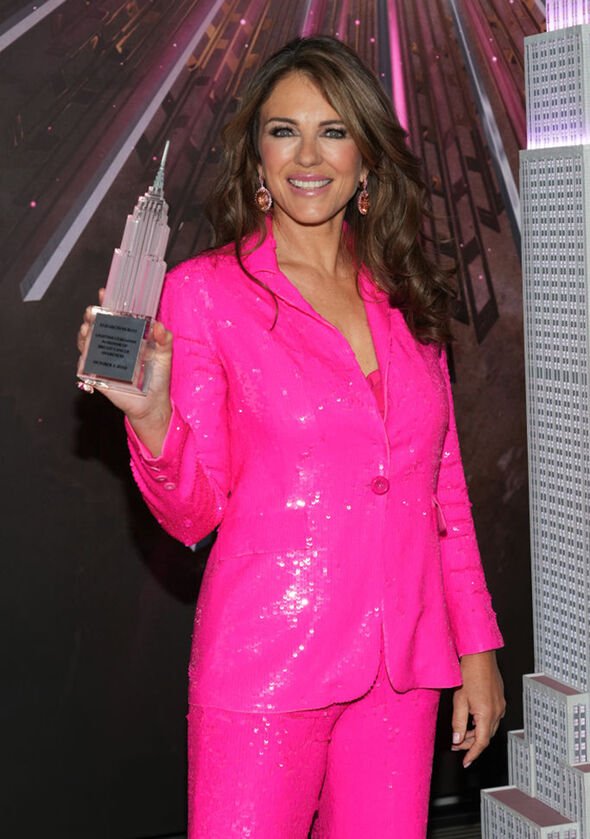 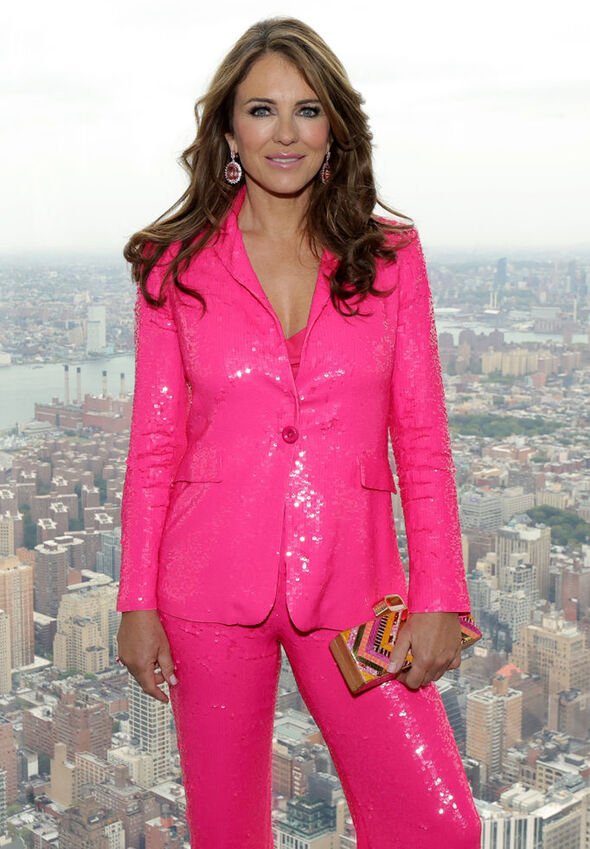 The Bedazzled star is encouraging women to check themselves regularly for signs of breast cancer as new research released by The Estée Lauder Companies (ELC) UK & Ireland has revealed that eight in 10 women do not. 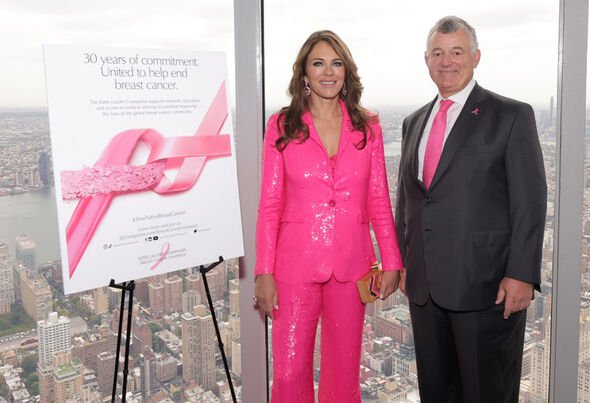 She was joined by Executive Chairman of Estée Lauder William P. Lauder at the event 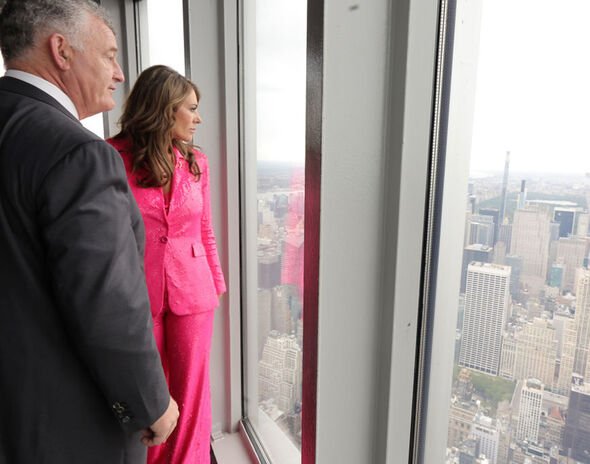 Liz Hurley could be seen looking out at the NYC skyline

Liz told MailOnline: “Evelyn H. Lauder co-created the Pink Ribbon and founded The Estée Lauder Companies’ Breast Cancer Campaign as she recognised that women around the world were dying from breast cancer, and no one was talking about it.” 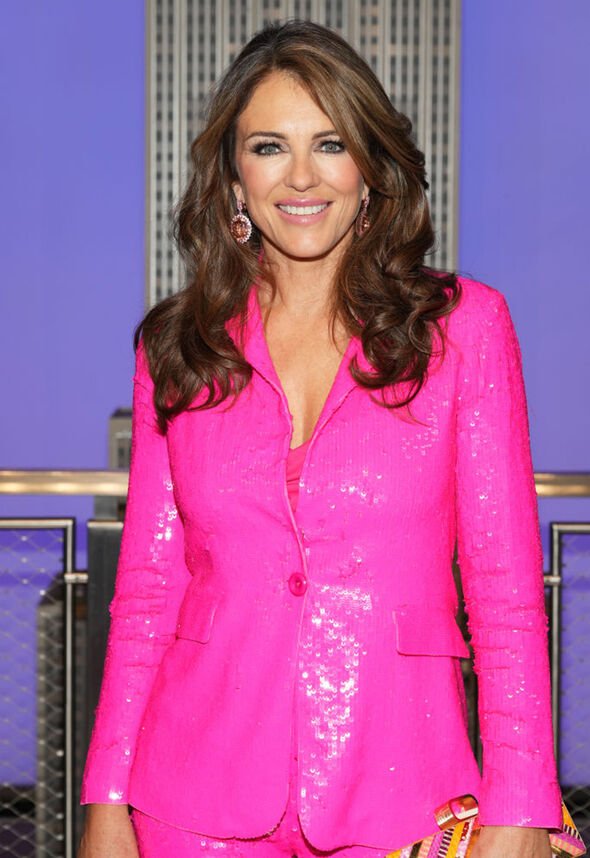 Liz Hurley revealed she lost her grandmother to breast cancer

Liz told the MailOnline: “Ironically, it was around this same time that I had just lost my beloved grandmother to breast cancer – she put off going to the doctor for a year and never spoke about it.”