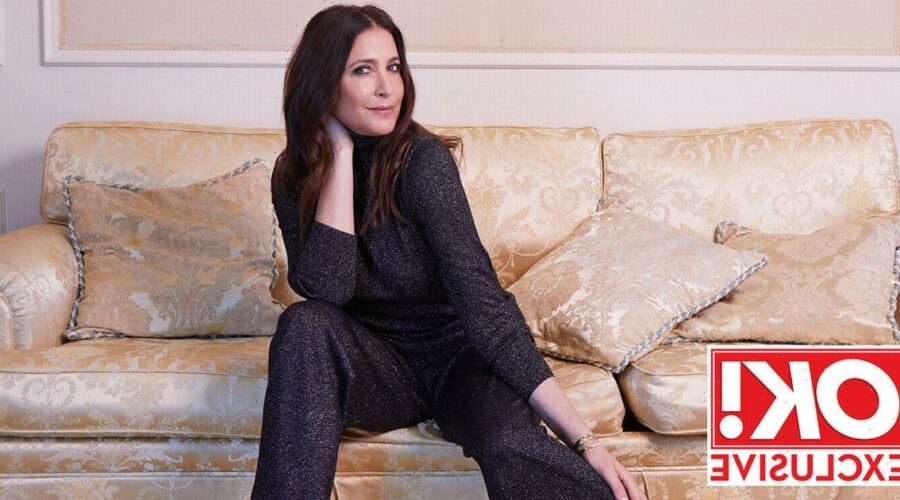 Don’t tell Lisa Snowdon to go on a diet. Celebrity MasterChef’s newest recruit loves her food and loves her natural curves even more – and has done since she was a teenage model.

“I was in Milan living with a roommate cooking pasta and going out for pizza.

That’s when I first discovered latte macchiatos and brioches and sitting in cafés eating – that’s living! So I was like, ‘What am I supposed to do – be miserable and starve myself?’ That has never sat well with me.”

“I had to think twice before saying yes,” she admits. “It’s such an iconic show, I was really nervous, but I would have regretted it otherwise. I love eating, it’s one of my main pleasures in life, so if nothing else I knew I was going to learn some new skills.

“A few things went wrong, but it’s all learning isn’t it? Let’s just say nobody died!”

A child of the 70s, Lisa, 50, describes her culinary upbringing as “basic” at best. “It was never really a major culinary experience at home,” she laughs. “There were a lot of potato waffles, crispy pancakes and boil-in-the-bag cod.”

Prior to her modelling days, Lisa, who lives in Essex with fiancé George Smart, was bullied for being thin.

“I’ve got thick skin because I was bullied for being too skinny growing up, so once I started to fill out a bit I embraced that,” she says. “I have always had a healthy attitude to food. I’ve never seen it as something I should not eat to punish myself.”

When she was 19, a model scout spotted Lisa dancing in a nightclub. From there, she landed high-profile fragrance and lingerie campaigns. She has gone on to host TV shows including Britain’s Next Top Model, came third in 2008’s Strictly Come Dancing and spent seven years presenting on Capital FM. And with that came her introduction to Michelin-starred cuisine – and other delicacies that are perhaps more of an acquired taste.

“George and I have been to Japan a few times together,” says Lisa. “We went years ago and ate blowfish sperm. It’s only served for a two-week period. It’s a real delicacy. It’s a creamy kind of tofu vibe.

“George and I love going out for meals. For my 50th he took me to Reykjavik in Iceland to a lovely place called Dill and we did a tasting menu with wine pairing. It was awesome.”

They had known each other for 14 years when Yorkshire-born entrepreneur George, 43, popped the question before Christmas in 2016. And their joint joy for cooking became a comfort during lockdown.

She says, “We just cooked for each other. I’m experimental and quite instinctive with flavours. I don’t really measure anything, so it’s all about taste and flavour. It’s relaxed, family-style stuff, and George is the same.”

The couple had both gone vegan, but Lisa reveals she has reintroduced meat into her diet after two bouts of Covid.

“We were plant-based for about four years – I just went off meat,” she says. “I think sometimes your body tells you what it wants. I don’t know if it was hormone-related, but it was a subconscious decision.

“Then, last year I started craving it again. I felt quite low and I had Covid twice. I’ve got an acupuncturist and she feels your pulse and looks at your tongue and she was like, ‘Just have a piece of meat – your blood really needs some meat.’

“I was like, ‘I don’t want it, I can’t do it,’ then towards the end of last year I just did. We’re flexi now – a little bit of what your body fancies.”

And Lisa adds she was glad not to be meat-free during MasterChef. “I would have been more nervous if I hadn’t recently introduced meat back into my diet,” she admits. “My first dish under the cloche was venison, so that was an eye-opener.”

Celebrity MasterChef continues this week on BBC One and BBC iPlayer