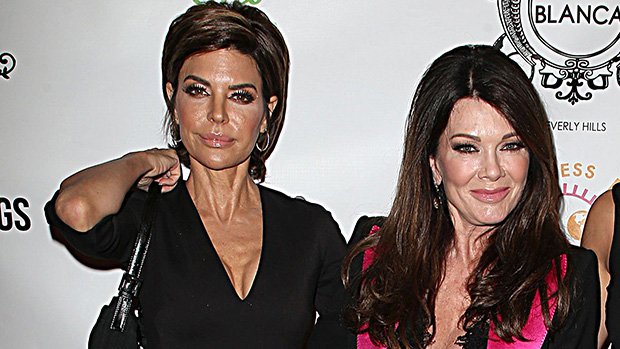 Lisa Rinna is SO over the puppygate drama on ‘RHOBH,’ and she made it clear with a post on Instagram that seems to throw MAJOR shade at Lisa Vanderpump.

It’s Lisa Vanderpump vs. everyone else on this season of The Real Housewives of Beverly Hills, and it looks like Lisa Rinna is VERY over all the drama. “I hear karma is really kicking your ass,” she posted on Instagram May 22. “That’s a shame. Not really. F*** you.” WHOA! Harsh words, huh!? While she didn’t mention LVP directly, she did reply to a fan comment about the RHOBH Puppygate drama that made it pretty clear that she’s not happy about the focus on LVP and Puppygate on this season of the Bravo show.

On this season of RHOBH, Lisa has been targeted by the other housewives. It all started when Dorit Kemsley adopted a dog from Lisa’s company, Vanderpump Dogs, but wound up giving it to a new home because it did not get along with her children. The new owners then gave it to a different shelter, where it was tracked back to Vanderpump Dogs. The issues began when Lisa’s Vanderpump Dogs employees brought the dog out while other Housewives were visiting the store, and LVP was accused of having them purposely do so, so the women would purposely start gossiping about Dorit.

#Repost @therealbluntcard ? I just love these cards so much don’t you?

Then, things escalated when the other women claimed that LVP leaked stories about the situation to Radar Online. Lisa has firmly denied that she EVER spilled the tea about this situation, but the other women do not believe her. Even one of her closest friends, Kyle Richards, admitted to being skeptical about Lisa’s innocence, which led to a blowup fight between the women earlier this season. To this day, they have not made up.

While Lisa Rinna hasn’t feuded much directly with LVP, she also hasn’t stuck up for her amidst the Puppygate drama. Now, it seems like she’s mostly just ready for the storyline to be DONE with, but that won’t be happening anytime soon. During last week’s episode, LVP agreed to take a lie detector test to prove her innocence, but the episode ended before the results were revealed. We’ll find out what they say on the upcoming May 28 installment!