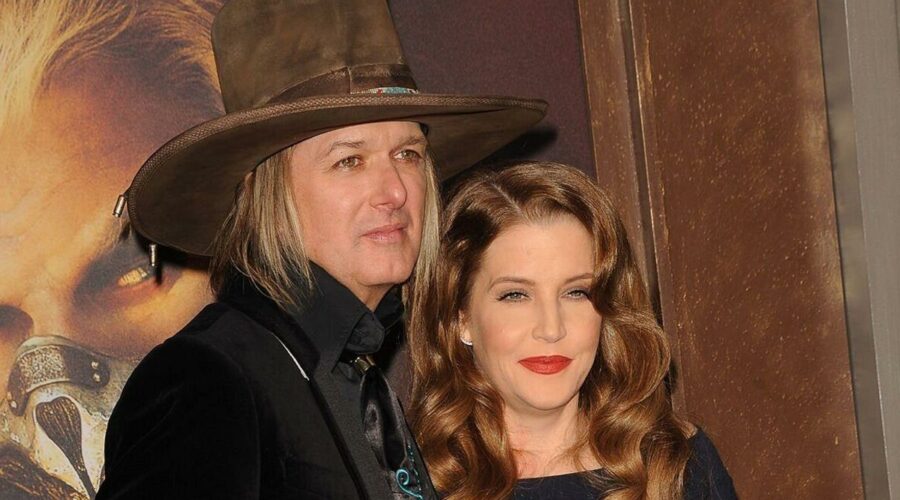 Lisa Marie Presley died aged 54 on January 12 after suffering a full cardiac arrest at her home in Calabasas, California. Michael Lockwood, 61, who split with Lisa in 2016, is reportedly getting full custody of their 14-year-old twins Harper and Finley following their mother’s untimely death.

Lisa and Michael married in 2006 and welcomed their twin daughters Finley and Harper Vivienne in 2009, before splitting in 2016.

Now, it has been claimed that since their mother’s untimely death, Michael is set to get full custody of their twins.

Sources told TMZ that the teenagers have been living with Michael since Lisa Marie’s death as the musician already shared joint custody with her.

However, it appears that under California law, Michael would only have been denied full custody if there were findings of him being an ‘unfit parent’.

Danny, 58, was Lisa’s first husband, with the couple sharing two children together, including actress Riley Keough.

They also had a son Benjamin who tragically took his own life at the age of 27 in 2020.

Danny was also reported to have attempted CPR on Lisa until the paramedics arrived on January 12.

Sources also confirmed that Michael will be going to Graceland for Lisa Marie’s small, private service before the public funeral on Sunday.

Following the death of his ex-wife Michael said that his world had been “turned on its ear”.

His lawyer Joe Yanny released a statement, reading: “Michael had been hoping for a speedy and complete recovery because her children needed her.

“It is very sad it didn’t turn out that way. Michael’s world has been turned on its ear, he is with both of his daughters now.”

Michael and Lisa had spent years fighting over finances which they were still negotiating up to her death.

Prior to her passing, it was understood that the former couple shared custody of the children, with Michael taking care of them with his new wife hairstylist Stephanie Hobgood.

Michael lost his 2016 bid in their divorce to undo their prenup, but he re-opened the case in 2021.

In a recent court filing, Michael claimed that his ongoing legal battle with his ex-wife had cost him millions and he was considering bankruptcy.

He was seeking $40,000 a month in child support and insisted she had more money than she claimed in court documents.

The final settlement was not made public, but days after the agreement, Michael remarried as he tied the knot with Stephanie Hobgood.

Amid the divorce proceedings with Michael, she temporarily lost custody of her twin daughters, who went to live with her mother Priscilla Presley.

In a 2017 deposition, a year after the acrimonious split, she even admitted to abusing cocaine, opioids, painkillers and alcohol.

The allegations were investigated and no charges were brought.