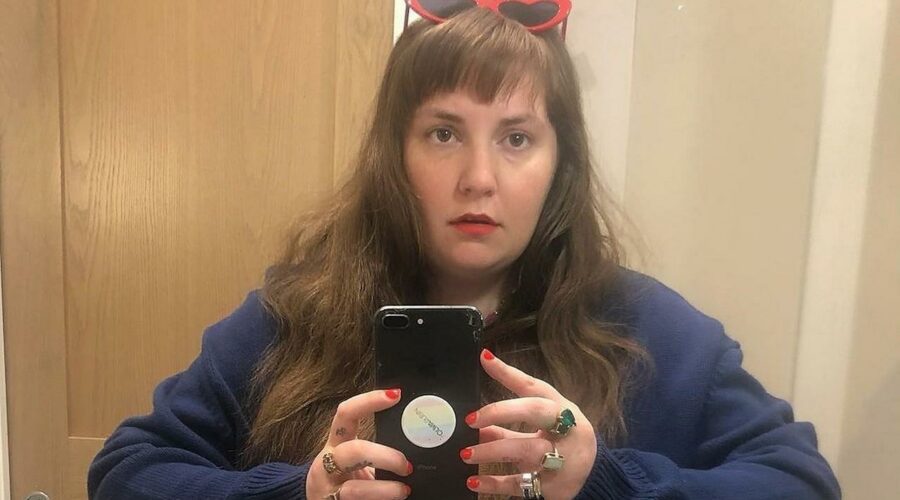 The ‘Girls’ creator calls out internet trolls for body-shaming her in ‘gnarly’ comments following her low-key nuptials with Luis Felber in London last month.

AceShowbiz –Lena Dunham is calling out body shamers who criticised her appearance in photos from her wedding.

Lena tied the knot with musician Luis Felber last month (25Sep21) and shared the happy news on social media, along with photos of the nuptials, at which her pal Taylor Swift was a bridesmaid.

But after reading some of the negative responses about her appearance, Dunham took to her Instagram page on Wednesday (06Oct21) with a lengthy post.

“It’s a little too easy to feel the glow of support and forget about the cesspool lurking behind it,” she said of sharing her big day online. “So I took a peek, and saw some gnarly s**t, most not worth responding to or even sharing with you.”

She was appalled by the suggestion she should “somehow be ashamed because my body has changed since I was last on television,” especially because she also received catty comments while the HBO show was still on the air.

“Firstly ‘did Lena eat the cast of Girls’ just isn’t a very good joke,” she noted.

“Secondly, it’s ironic to have my body compared to a body that was also the subject of public scorn – an echo chamber of body shaming.”

“But lastly, when will we learn to stop equating thinness with health/happiness? Of course weight loss can be the result of positive change in habits, but guess what? So can weight gain.”

Dunham would rather focus on her mental health and happiness than being slim.

“The pics I’m being compared to are from when I was in active addiction with undiagnosed illness. In the 4 years since I’ve gotten sober and begun my life as someone who aspires toward health and not just achievement. These changes have allowed me to be the kind of sister/friend/daughter that I want to be and yes- meet my husband (who, by the way, doesn’t recognize me in those old photos because he sees how dimmed my light was.)”

She added, “I say this for any other person whose appearance has been changed with time, illness or circumstance-it’s okay to live in your present body without treating it as transitional. I am, and I’m really enjoying it. Love you all.”