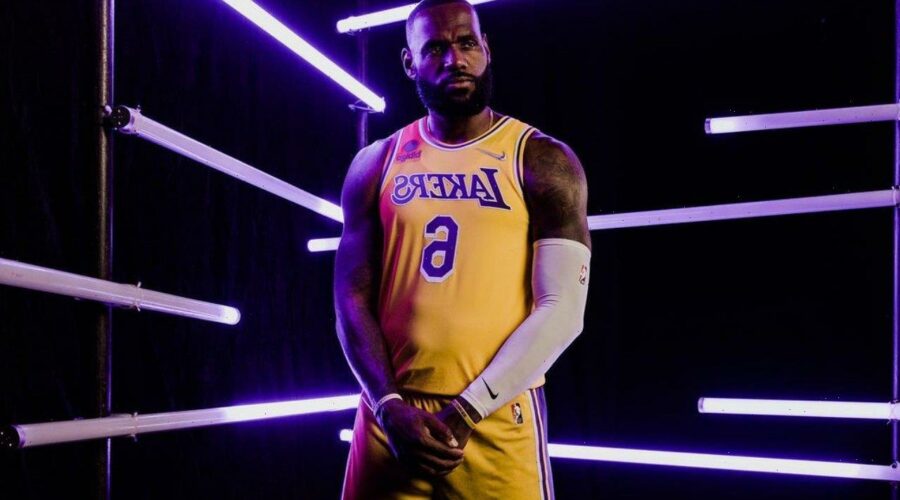 The four-time NBA Finals MVP is currently in NBA’s health and safety protocols and is expected to miss several Lakers games as he has to be away from his team for the next 10 days.

AceShowbiz -Los Angeles Lakers is temporarily losing one of its greatest players to be reckoned with. LeBron James is sidelined due to COVID-19 ahead of Tuesday night, November 30 game against Sacramento Kings, according to reports.

Adrian Wojnarowski of ESPN later reported that LeBron must miss at least 10 days due to COVID protocols. “LeBron James — who the Lakers are listing in health and safety protocols — is expected to miss several games, sources tell ESPN. Players with positive COVID cases must be out a minimum of 10 days,” he tweeted.

The senior reporter noted in a separate tweet, “Players with COVID must be out 10 days, or return two negative PCR tests in a 24 hour period. For now, James will remain in the health and safety protocols.”

According to TMZ, LeBron tested positive for COVID after using a lateral flow test. He was given a follow-up PCR test to confirm the diagnosis, but the test came back negative. He was then given a third tie-breaker test, which came back positive.

The power forward, who had jetted off to Sacramento for the Tuesday game, has been chartered a private jet so he can fly back to Los Angeles in a safe manner. He is reportedly asymptomatic as he has been fully vaccinated.

LeBron previously expressed doubts about getting the jab, but in September he told the press that he had received the COVID vaccine. “I know that I was very skeptical about it all,” he said. “But after doing my research and things of that nature, I felt like it was best suited, not only for me but for my family and my friends. And that’s why I decided to do it.”

The 36-year-old, however, shied away from encouraging others to take the shot. “We’re talking about individuals’ bodies,” he explained. “We’re not talking about something that’s political, or racism, or police brutality. Things of that nature. We’re talking about people’s bodies and well being. So, I don’t feel like, for me personally, that I should get involved in what other people should do for their bodies and their livelihoods.”