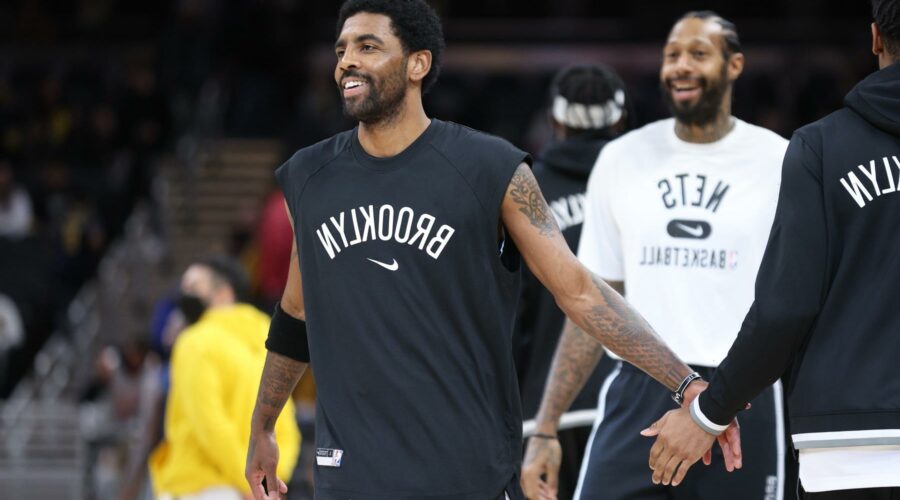 A day after the U.S. reported a record-breaking 1 million-plus new Covid cases across the country, Kyrie Irving —the NBA’s most prominent unvaccinated player and most vocal anti-vaxxer — officially returned to the Brooklyn Nets Wednesday for the team’s road game against the Indiana Pacers.

Irving had missed the first 35 games of the Nets’ season in part due to a New York City guideline that mandated that unvaccinated people — players included — couldn’t attend in-arena events; unless those requirements change, Irving will continue as a part-time player for the Nets, only playing in games away from Brooklyn’s Barclays Center.

Irving’s return was delayed in part because — soon after the Nets caved and announced Irving would be rejoining the team for “games and practices in which he is eligible to participate” — he and nine other Nets players entered into the league’s “health and safety protocol” for players who either test positive for Covid-19 or come in close contact with someone who has. While it’s unclear if Irving tested positive, the point guard was cleared Dec. 28 to rejoin his team after five consecutive days of negative tests.

Irving featured prominently in Rolling Stone‘s bombshell pre-season report on the NBA’s Covid crisis. Dozens of players were unvaccinated as training camp began, and while many — including the Golden State Warriors’ Andrew Wiggins — ultimately received their vaccine before the season started, Irving has steadfastly refused, pitting the conspiracy-minded point guard against the Nets organization and becoming a hero of sorts for the anti-vax movement.

Rolling Stone reported that he dove in head-first with regard to the pandemic, following and liking social media posts from an Instagram account that claimed the vaccine is part of a Satanic scheme to connect Black people to a master computer.

Irving showed no indication that he was willing to get vaccinated during the team’s media day, which he participated in remotely. When asked at the time whether he expected to play in the team’s home games, he simply told reporters to respect his privacy.

Two weeks later, the team announced it was benching Irving until he aligned with New York City’s vaccination requirement. “We will not permit any member of our team to participate with part-time availability,” General Manager Sean Marks said in a statement at the time.

However, the Nets — besieged by injuries and Covid cases while still clinging to second place in the Eastern Conference — eventually relented on their stance, announcing that Irving would rejoin the team for away games in cities where vaccinations weren’t required. Following practices and the health and safety protocol stint, Irving finally became game-ready on Wednesday, a day that coincided with a record number of new Covid cases in the U.S. as the Omicron variant continues its surge.